The rank and file “bad guys” we see in a typical video game have become ubiquitous. One could even say that without them, you wouldn't have a game at all. We undervalue them. We dismiss them as filler. I maintain that these workaday villains are

The rank and file “bad guys” we see in a typical video game have become ubiquitous. One could even say that without them, you wouldn’t have a game at all. We undervalue them. We dismiss them as filler. I maintain that these workaday villains are the meat and bread of every game they populate.

Roller is another one who’s just a dyed-in-the-wool total asshole. I’m not sure why his name is Roller and not something more sinister; he does roll, but “Roller” in my mind implies some sort of smoothness of motion. Roller’s presence in Sonic the Hedgehog is about as smooth as suffering a debilitating stroke or suddenly finding the corpse of a jogger on a greenway.

You first run into this unconscionable ball-breaker in the Spring Yard Zone, an environment that is a chore in and of itself. Roller comes zooming out of left field at bullet-speed, just as you being to relax and think… and only meticulous memorization of his favorite spots, coupled with lightning reflexes, will save you. So in my case, the little blue hedgehog is proper fucked.

Perhaps the eeriest thing about Roller is how, when in motion, he almost sort of looks like Sonic. Maybe it’s some form of foreshadowing since Sonic does eventually fight a robot version of himself (I forget if it’s in 1 or 2, go easy on me, I’m sleep deprived), or maybe it’s just a little nuance meant to psych you out. Well, I’m easy to psych out. I do it to myself daily. I’m lucky if I can even take a leak without panicking. 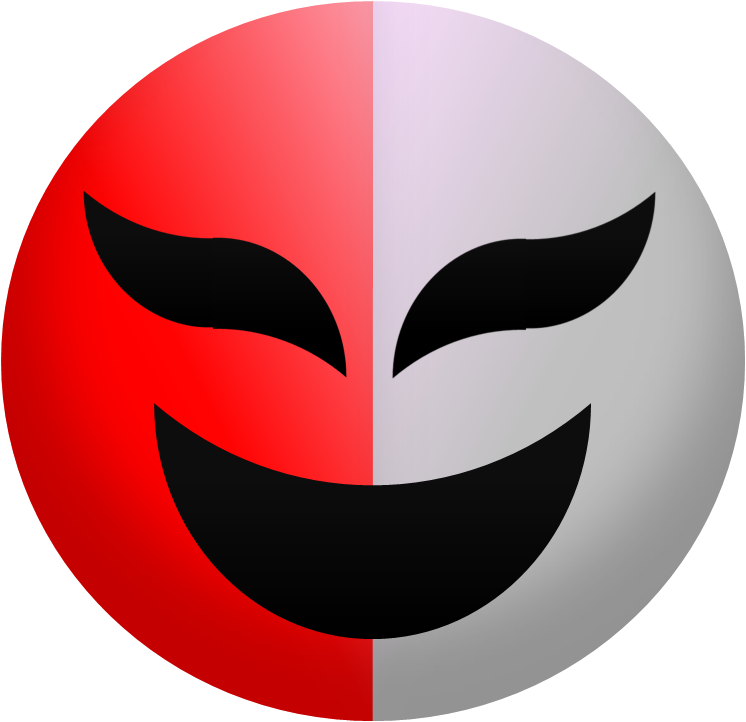 Everyone knows about this one, but here it is anyway. This nightmarish, ephemeral motherfucker absolutely HATES people messing with his keys. Actually, any keys. To whom the key belongs is no concern. Just don’t touch it. Don’t even fucking look at it. Phanto’s had it. He will eat your little pink guts out, Mario. He will swallow Toad whole and trip balls on his viscera. Even the Princess isn’t exempt; float all you want, bitch, he’ll find you. 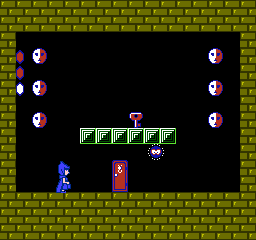 I actually no-joke enjoy the challenge Phanto adds to the game. There ought to be at least a couple non-boss baddies in any game that make your gut clench and your pulse quicken. Phanto delivers. He scares the shit out of me. I will actually utter a thin cry of alarm when I seem him start to move. I’m hardly conscious of it. I’m far more conscious of Phanto. He looks like he knows how scary he is, and he gets off on it. Phanto’s worse the more you consider him as a thinking creature. Let’s stop. Eugh.

Like-Likes not only have one of the stupidest names I’ve ever heard for a monster in a video game, but they also serve an incredibly specific purpose that doubles their absurdity factor. Neither their name nor their diet of large shields, however, make Like-Likes any less of a concern when you run into them. A Like-Like is essentially a super low-gauge Fleshlight given motive intelligence and an appetite.

I fucking hated saying that as much as you probably hated hearing it, folks… but I’ll never lie to you, even if it means force-feeding you absolutely godless ideas like this.

I won’t even post pics of what this thing looks like in later, more graphics-rich installments of the Zelda franchise. Words like “peristalsis” come to mind. It’s like a Lovecraftian Pokemon. Not as awesome as it may sound. Not by far. 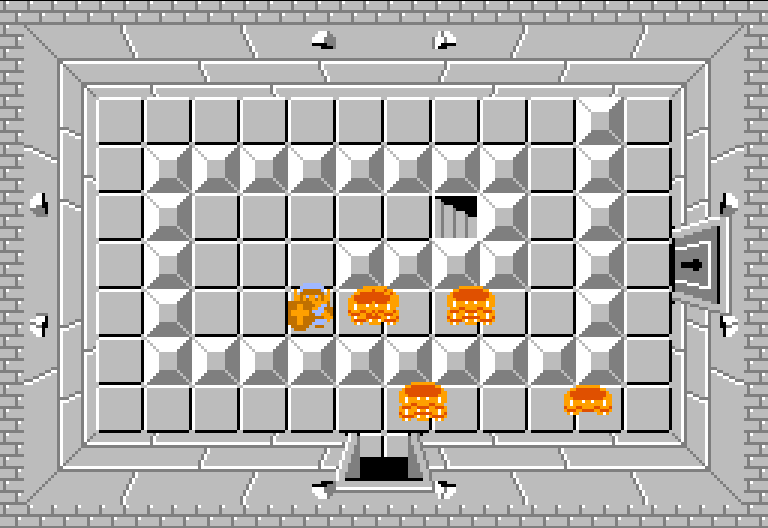 Aside from the utter grossness of it, the Like-Like’s a day-ruiner because it will take your large shield away. The large shield is an essential item later in the game that costs a decent chunk of change to buy or replace, not to mention you’ll need to trek all the way out of the dungeon you’re in and back to a shop just to get another shield. They’re not so much lethal as they are a huge pain in the ass if you’re not careful.

The developers of Battletoads sat down and decided they were going to make a game of legendary difficulty. They did an absolutely fantastic job of it, that’s inarguable. Battletoads beats the living shit out of me without fail, even with cheats and two players and extensive foreknowledge of what awaits me.

What they didn’t need to do: dig up a 1978 arcade game and employ its tiny pixelated aliens to humiliate and insult me in my darkest hour.

These dicks just glide up and pluck the blocks from your life bar as if it were nothing. Then they fly away with it. It’s just gone. No injury, no battle. You can catch them, but they are often a bit too graceful. Not to mention they often show up while other things are going on. Your attention is divided and your life runs through your fingers like water.

I don’t know if it’s unfair or not, but it sure is demoralizing when some little beep-boop Atari motherfuckers snatch the vitality from your veins with the same workmanlike calmness as someone installing a refrigerator in your home.

LET’S TALK ABOUT ABOBO AND THE FUCKING HAIR 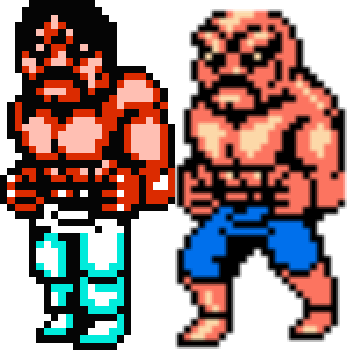 Let’s lighten things up a bit to close this out. We don’t need to get into the details of Abobo; we all know who he is. He’s even a meme. Hell, what isn’t a meme at this point? Anyway, when we first see the brute in Double Dragon, he’s got a head smooth as a cue-ball. This had me thinking, “okay, this guy’s balding, or he’s got something going on, but he’s making this work for him. I can relate.”

Then in the second game, he’s going for the Danny Trejo look. There’s nothing wrong with that per se, but Bobe, buddy… it’s a little bold. You look like a roadie for Santana got hooked on HGH.

Eh, who am I to tell you how to live, Abobo? At least you’re not gre…. 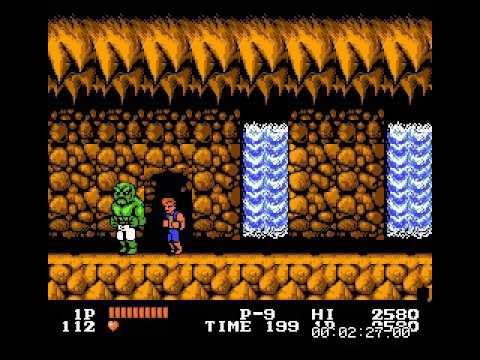 Thanks for tuning in again, folks. One more at the end of the month. Stay Retro!