So many things to say about the current climate of today's Pop-Culture. There just isn't enough space on any word processor that can keep up with my brain and how it works. So I will just give you a quick rundown of things from Ridley

So many things to say about the current climate of today’s Pop-Culture. There just isn’t enough space on any word processor that can keep up with my brain and how it works. So I will just give you a quick rundown of things from Ridley Scott saying the ALIEN franchise is dead, Comic Books, Horror movies and even boxing. So here we go at break neck speed.
1.) Ridley Scott has had too many sycophants and “Yes” people around him for years. He really had nothing to do with the creation of Alien outside of directing and being a very good cinematographer. Dan O’Bannon and HR Giger and the other screen writers should be the ones to receive credit for creating the Alien.
Scott didn’t even want to return to the Alien franchise (remember). Not until Star Wars made a bunch of cash off prequels n extended sequels. Then, Ridley Scott wanted in on the nostalgia; and he’s shit the bed since. After Prometheus(2012), Covenant (2017) and the soon be seen Alien TV show that I am sure he will have no problem putting his name down as a producer – Now he says the Alien creature is worn out.
But, he wants to do Gladiator 2. Gladiator? The movie that had no script, was in big chunks written on the spot or improvised and managed to win big the year of release.
Blade Runner is his masterpiece and thank goodness he didn’t direct Blade Runner 2049. Deckard is not a replicant, alright. His creative hubris is off-putting.
2.) The upcoming Hellraiser film based on the Book, executive produced by Clive Barker and starring Jamie Clayton as Pinhead/Hell Priest sounds perfect. I like the idea of a transgender actor playing Pinhead. They were described as genderless, androgynous and grotesquely beautiful in the original novella written by Clive Barker the director of the first film. I think this is a good move and Pinhead will be very attractive.
3.) The Hellraiser tv show directed by David Gordon Green will suck cuz, they haven’t met with Barker in over a year. And the new Halloween movies SUCK-DICK.
4.) MICHAEL MYERS is overrated.
5.) Blumhouse is trash.
6.) The Horror movies of today made by big-budget Hollywood studios are made for balding middle-aged metal heads and nickel pinching hustlers living in their mom’s house, goth girls from Queens or NJ, people that read only shonen manga and shop at Hot Topic, douche canoes wearing eye liner in a suit vest with skinny jeans listening to Disturbed. They’re smelly dumpster runoff under a gloomy filter and loud noises and obnxious makeup. Jump scares and cliches ruined horror movies.
7.) New Batman looks good.
8.) Malignant is trash and the new Sopranos movie wasn’t that good. I recommend watching BASKETCASE (1982), or Battles Without Honor and Humanity (1973).
9.) According to recent reports -Superboy is “bi” not Superman.
Is this a desperate attempt to boost sales and/or virtue signal? Most likely. Manga is outselling domestic Comic Books all round. However, … Most mf’ers complaining bout this don’t even read comics so, what difference does it make. They can always retcon the character n say it was an alien shape shifter disguised as Jonathan Kent. I repeat,  “What difference does it make?”
10.) Deyontay Wilder got the ass whooping he deserved and he needs to apologize to Mark Breland.
11.) What is the point of introducing Adam Warlock into the MCU post Infinity War/Endgame????

12.) The Blade Runner anime coming to Adult Swim will do better than the Cyberpunk 2077 anime on Netflix.

13.) Tokyo Revengers is awesome. Dorohedoro is awesome. Chainsaw Man is a good manga. Venom 2 sucked. Star Wars is the stain on my toilet paper. And S.Koreans make awesome movies (Squid Games).
14.) I’m looking forward to Shin Kamen Rider.
15.) New Flash teaser? “Meh”
Black Adam tease? “Yawn”.
Aquaman? “It’s very amusing how they kept Amber Heard out that BTS featurette… Oh yeah, blehhh”. Superhero movies coming soon? “I’m outta here.”
16.) I want a remake or sequel to Marc Ecko’ GETTIN’ UP PS2 video game. SLEEPING DOGS 2 would be better.
17.) ….Hey, Konami! Fuck kojima. Give me a Snake Eater MGS3 Remake…
Rockstar – you better have something special in the works.
Wolverine game, could be good; could be dogshit.
18.) Kyrie did nothing wrong.
19.) Tomorrow is today. Murphy don’t exist and Karma is Con.
Stay healthy, Eat Right, and Live longer. Wether you get the shot or not. But, always keep your finger on that REWIND button. 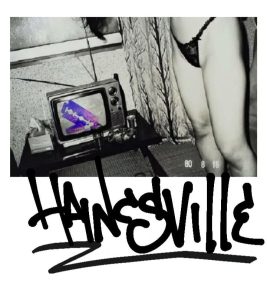