I have been neglectful in my duties, my friends. Let me explain. We look at piles and piles of games, both good and bad, for “every system.” Right? We try to be broad in our search, and in our examinations of what we find; I 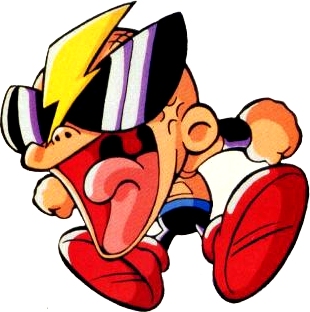 I have been neglectful in my duties, my friends. Let me explain. We look at piles and piles of games, both good and bad, for “every system.” Right? We try to be broad in our search, and in our examinations of what we find; I do my best to grab a little of everything, hence the informal name I’ve given this kind of article, “Grab Bag.”

I have neglected one of the platforms I claim to love so much, the unsung hero of the Fourth Generation, the PC Engine aka TurboGrafx 16. Granted, a lot of those games were ports (but really fucking good ports). But there were some solid games for it that never got ported to the NES or the PCE’s closest competitor, the Mega Drive. At least not here in North America.

Anyway, I’m rambling about “the war” again… let’s grab some games and put ’em on the stove. 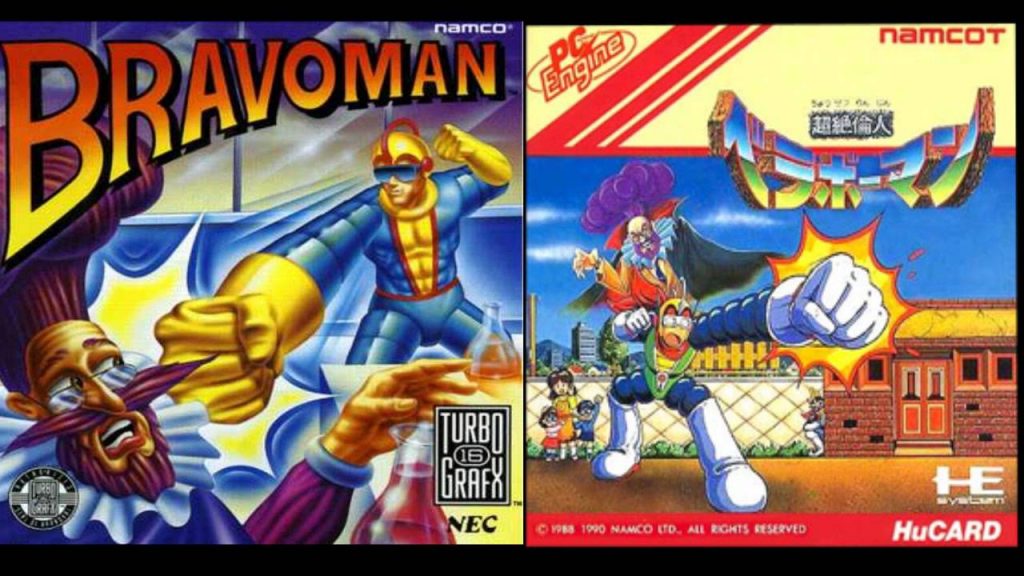 Much like the system itself, Bravoman was a big hit in Japan but blended into the crowd when it hit Western shores. It was originally an arcade title developed by Namco for domestic-only distribution, but was licensed for North American release on the TG-16 in the flurry of games meant to compete with the Genesis and NES.

Bravoman is a superhero-type whose main talent is doing crazy shit with his fucked-up cartoon body. He battles across 22 stages to stop Dr. Bomb (creative naming was at its height during this period) from ending the world. 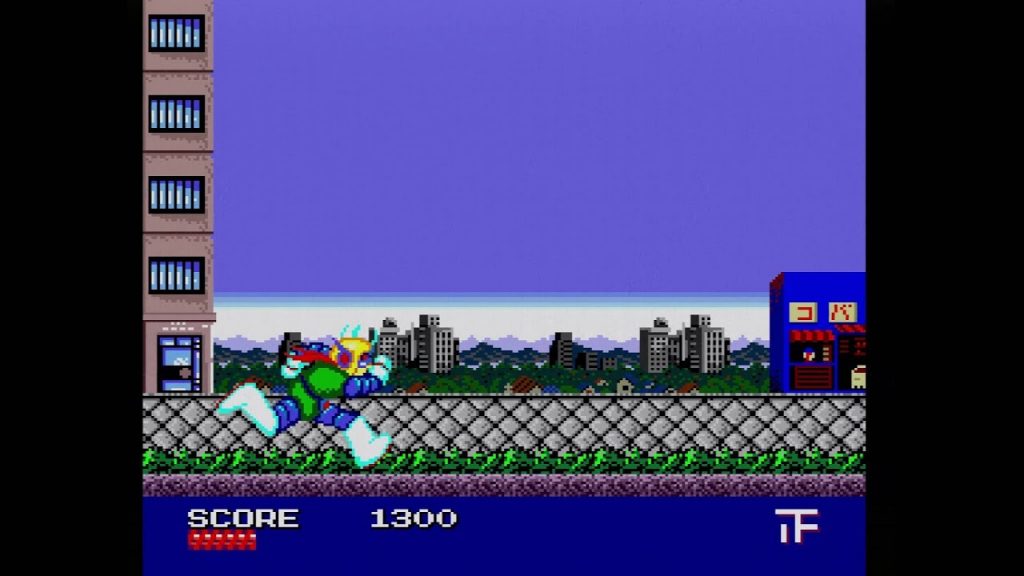 “Here I go, in the most exciting screenshot available, ever!”

Why are pop culture villains always trying to end the world or destroy it? Like, what’s the end game? What’s the reasoning? What do you have left to be proud of, and to whom will you brag? We have enough dangerously crazy people in the real world, but even they aim for rulership, not annihilation. On that note, how do you sell that to your rank and file? “Yeah, there’ll be nothing left, and everything you ever loved or cared about will be gone. Now get to work.”

Anyway, You go bopping around as Bravoman, punching and kicking the shit out of enemies. There are underwater levels, where you transform into a weird fish. These play a lot like Darius or any other side-scrolling shmup, and were the most fun part for me. Goofiness aside, Bravoman is a pretty decent platform game. It mixes things up a little bit and has a sense of novelty that’s aged really well considering it’s a slightly pared-down arcade port. It’s visually colorful, gently funny, and plenty of fun to play. 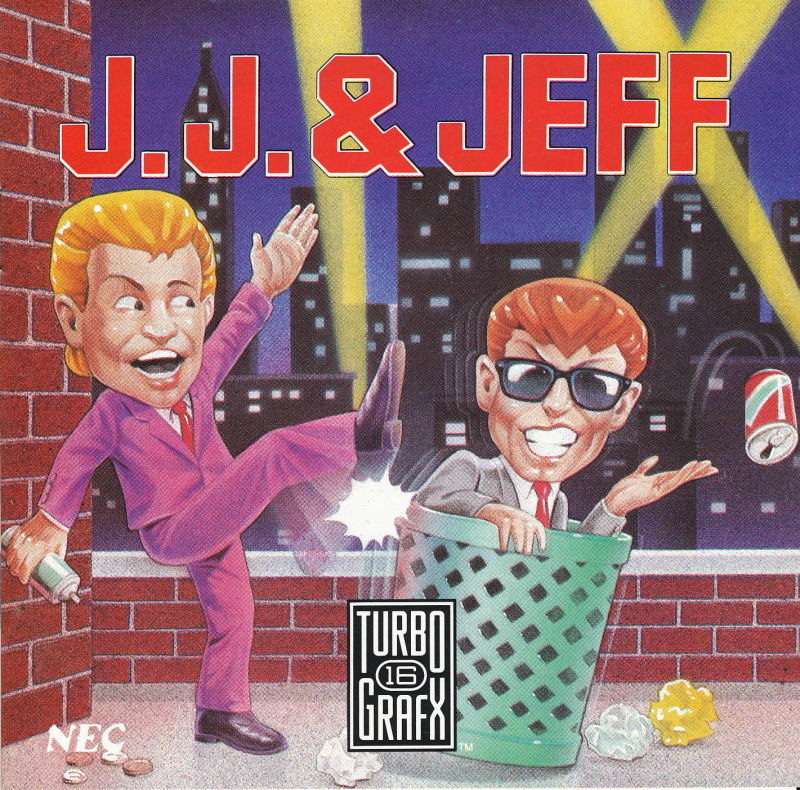 You know how I like to try and pick at least one game for these articles that either is a piece of shit, or at least borders on being a piece of shit but is so ridiculous that is’ still fun to know it exists. This one blurs the line for me pretty hard. It’s equal parts travesty and tragedy. 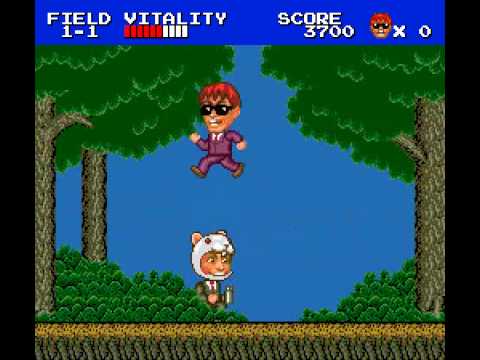 Yes, it is absolutely this painfully retarded, all throughout.

The travesty is the game itself. It’s supposed to be some kind of detective-themed action platformer, but it just comes off as a lazily-skinned Mario clone where you go around jumping on people or kicking them to death in a big-head cartoon world. Apparently it’s based on the “detective” segments of some Japanese TV show, and that’s where the tragedy comes in.

The tragedy is that this game is funnier, and thus more tolerable to play, when you’re talking about the native Japanese version. Apparently there’s rather graphic and overt toilet humor rampant throughout, which really could have hung on in America, but it was edited out for the NA release. Not just edited out, but watered down so much that it comes off as some shit a “cool” youth pastor would make if he or she programmed games.

I would rather see someone peeing than see them doing most of what they do in JJ and Jeff. And that’s saying something. I got bored so fast that I couldn’t hope to offer you a full appraisal of the game, but I’d say overall it’s “average.” The boring kind, mind you. 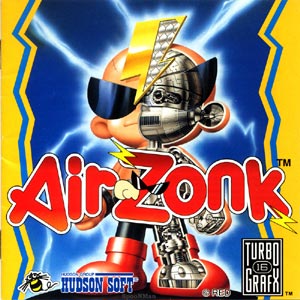 Air Zonk is sort of a companion title to Bonk’s Adventure, etc, with the main character even bearing a close resemblance. That’s about where it ends. Whereas the Bonk series are some very good games, Air Zonk is the best game. I won’t say “ever” or “for the TG-16,” but I could. It’s just the best game, though. The best fucking game. Sure, it’s a shoot-em-up, but it’s also the most “dynamic” game I’ve seen so far for the game system; both visually and in terms of action, Air Zonk beckons you over and all but sells you itself. 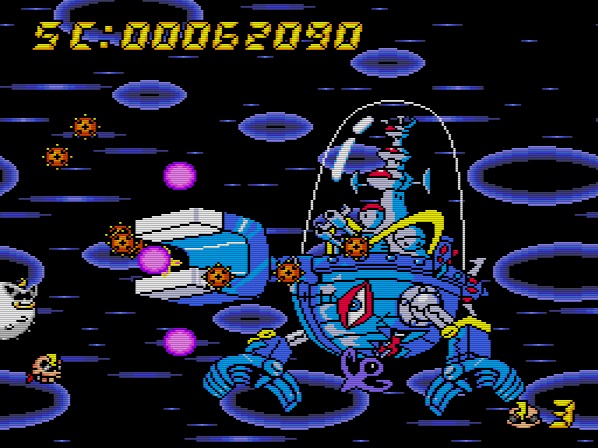 I am just going to let this gameplay montage I found do the talking for Air Zonk. Sometimes I struggle for human words adequate to describe the things I find while writing these articles. In this case, it’s in a positive light. Hallelujah. 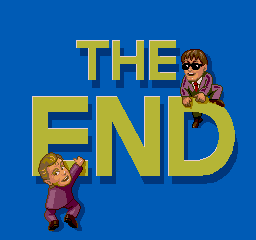 As always, it has been real, and I’ll see you again later this month. Stay Retro!