My part of the world is straddling spring and summer, the heat is up outside, and I am

My part of the world is straddling spring and summer, the heat is up outside, and I am… just fine here at my computer, thanks. Let’s have some fun, folks.

I figured I’d be safe going to the well again with the NES games. We love to come back here. We love the thunder. The light. It’s just what we know. I’ll skip a lengthy introduction; I’m after my familiar methods today, bringing you three more games for the NES/Famicom.

Burai Fighter is another one of the great shmups for the NES. The plot is pretty formulaic (alien warfare, you’re the only one who can save us, yada yada), but playing this one is a ton of fun. You can move and fire in different directions, which allows for great control of the battlefield. And this shit does get rough. The bosses are particularly interesting in Burai Fighter, but there’s never a dull moment. Between the fighting and the goodies you can grab, it’s a thriller once you get the hang of it. 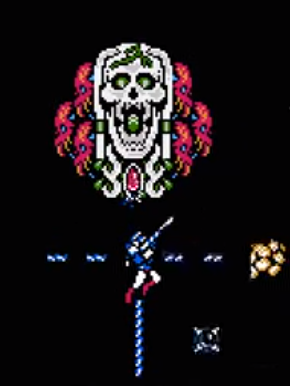 This is a moving Dio song right here. Poetry in motion.

The game looks great, nothing too fancy but crisp and clean. The soundtrack is one I can enjoy; some of it is squeaky high-end-heavy filler, but for the most part it keeps up. I give Burai Fighter 7 out of 10. An admitted bias for the genre and an appreciation for the cool bosses has me digging this one from Taxan.

This shit is for real. You want a mean, wild game? Get in on my dude Harry here.

You are marching around kicking furniture, shooting men in the face, stomping on snakes, leaping over floor lasers. Just ducking makes you immune to ball bats. Oh, and you can swap your blue and white suits out. Suffice it to say this plays a little more like you’d expect an adaptation of Bad Lieutenant to play. It’s still a lot of fun. It’s ordered chaos in a manageable package. My only minor gripe is that it’s one of those games where so many of the scenes look the same that it can get mildly disorienting. Whatever. So would an actual city. Well done. Pretty fun active gameplay makes up for a lot though. I like kicking around in Dirty Harry. You can get pretty sick gun power ups, and it’s fun to just plow through. 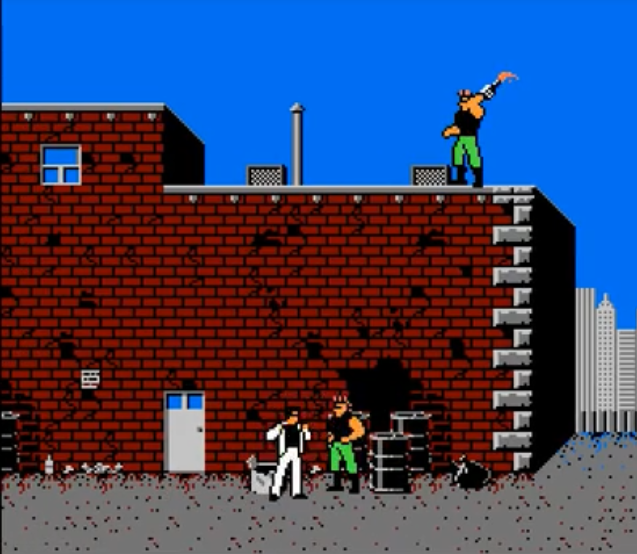 He’s not even worried. He’s adjusting his collar. Fuck your gasoline in a bottle.

There’s nothing too spit-and-polish about the graphics but they get the job done. The music is kind of loud, but it’s pretty good, written by composers Steven Samler and Elliot Delman. This game, in fact, is the only NES title to credit the composers not only in the manual, but on the back of the game’s box.

Dirty Harry gets 7 out of 10 in my book. Only the eventual monotony counts against it; otherwise it’s an entertaining title with a lot of sit-and-play value to it.

Sometimes it’s important to draw attention to something because it embodies an idea, principle, or concept in action. An icon of its kind. Sometimes an object lesson.

Tasac is an object lesson in really not trying very hard.

This game was produced and released in 1992. Let’s have a look at it, item by item. Gameplay? An oversimplified, lazy version of a genre it’s hard to fuck up. The plot is kind of cool, according to a snippet I found from GameFAQs:

“In A.D. 20XX, humans are engaged in fierce warfare with TASAC – the alien bionic mutants. Landsy and Dagrel, commanders of Earth Defense Arms, are encountering the toughest enemies known to man. They must destroy TASAC to rescue the Earth, otherwise humans will be turned into slaves under the TASAC terrorism!”

The graphics? Are you kidding? Unforgivably lazy. Music and sound? 1986 sound while clumsy circus-like music meanders across the drab play space. It’s really the kind of soundtrack that belongs in a McDonald’s Playland. 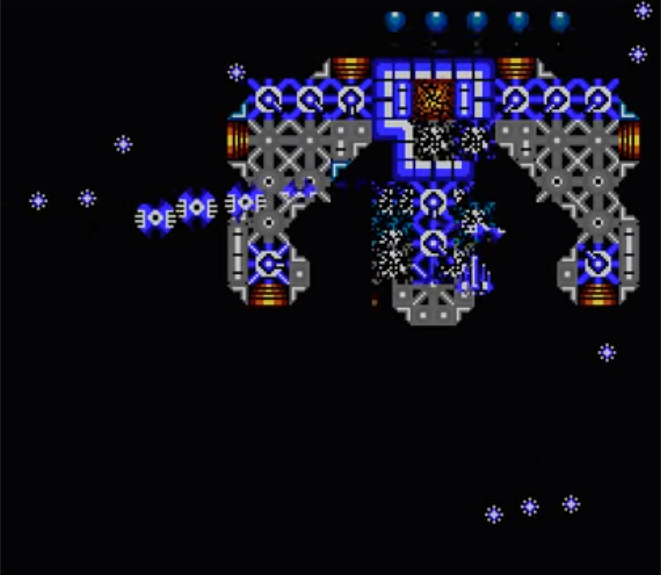 Christmas candy choo choo train colors and big clunky crunchy -looking fuckery. Hudson had this kind of shit beat in 1987. This is out of some kind of mill. Some kind of terror-basement. I never.

This is two steps up from Galaga. Not to talk shit on Galaga, even. Galaga outshines this easily. It doesn’t even have a Wikipedia page. Game FAQs rates it 2.5 out of 5. I’m giving Tasac a 2 out of 10. It is a game. I’m not willing to give it much else.

Thanks for tuning in again. We’ll do three more on Thursday. Stay Retro! 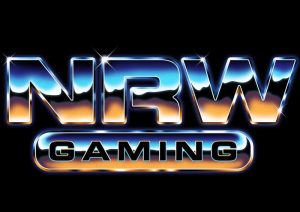