I need a shovel for all these cartridges. No, a backhoe. We're taking another, longer, more loving look at the NES game library this month, and there's so much to love. Even the cheese. From the top-notch classics to the knockoff nostalgia, everyone's got a favorite

I need a shovel for all these cartridges. No, a backhoe.

We’re taking another, longer, more loving look at the NES game library this month, and there’s so much to love. Even the cheese. From the top-notch classics to the knockoff nostalgia, everyone’s got a favorite NES game. If this system didn’t form some small part of your childhood entertainment time, then I’m not sure where (or when) you lived and still ended up on NRW. Like, how do you know any of the other shit we talk about here? Welcome to the future, man. Hit Play. 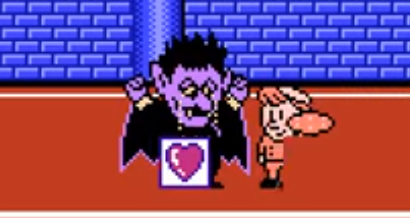 There is nothing more empty and bleak than the vacant look of defeat on Dracula’s face right here. And no, Pizza Boy’s got no fucking clue. It’s a tragedy on wheels.

Jaleco couldn’t publish a game to save their asses in the 90s. The company was well-established in the gaming industry – Bases Loaded and City Connection were notable Jaleco titles – but somehow the firm just didn’t gain much traction on the NES. Pizza Pop is a Jaleco game for the NES; I hesitate to offer it too much of its own distinction beyond that, simply because it’s so goddamned boring. Let’s be real: this is fifty other platformers, Jaleco. This is just the amalgam of every stiffly generic and circus-hued hop and jump game that has passed through the NES’s mouth, and you’ve distilled it into this dry litter for me to ruminate over.

It’s not even that it doesn’t play well. It plays okay, actually. It’s just… stale. I get the distinct vapour, ever so fragrant and hopeless, of the dying video rental shop. Drywall. Silence. Dust. Another set of bones bleached in the sun. It’s a decent game on its own merit… just a decent game that should have come out 3-4 years earlier.

The plot says you want to buy an engagement ring for your girlfriend. That’s the whole reason we’re here. That’s why you’re out hassling Dracula, getting murdered on construction sites. Some hipster asshole is also running around in clothes just like yours, making a mess for you and generally making your job a living hell. 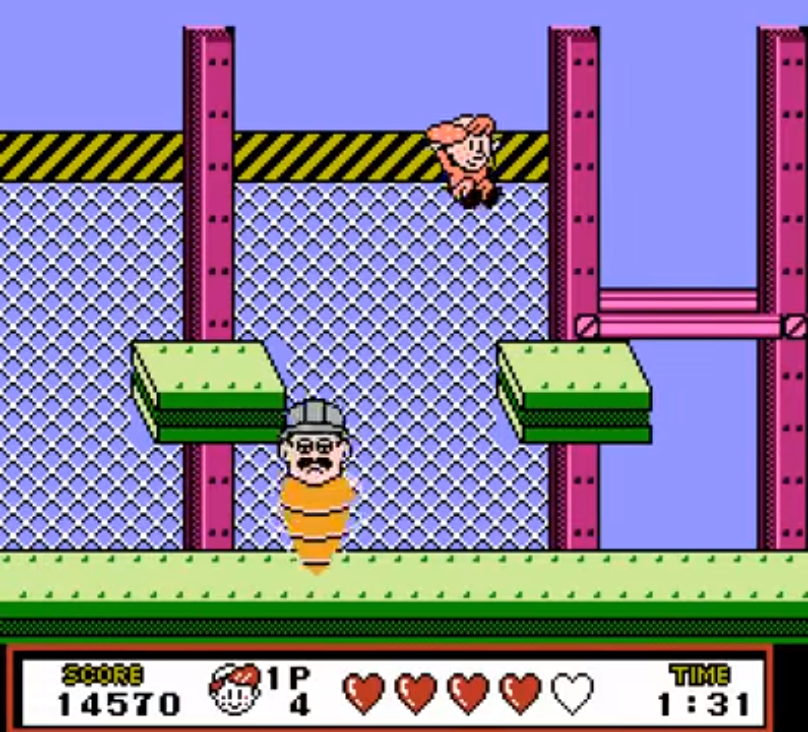 See, that’s what I mean. It’s like they both know this has been done ten thousand upon ten thousand times before. This tale has been writ long across stardust and primordial mud. Give it up already.

I feel more than a little fucking weird playing a game where the main character is doing a cartoon version of a job several of my friends have. It just makes me empathize with them even more. The tips are shitty, and it’s even worse in real life because you can’t leap the equivalent of thirty feet in the air. KILL EVERY BAD GUY EVER BY JUMPING ON THEIR FUCKING HEAD. You also get some kind of pizza-baking paddle or something as a weapon, but there’s no point. Just jump on everything like Mario. The graphics are of uniformly low but inoffensive quality. I would feed this game to a dog but I wouldn’t eat it myself. The sound is nothing to write home about, unless you want to write a long fucking essay on questionable music loops. There is a jet-ski part near the end that I have to admit is pretty fun, but that’s like saying you like the part during the root canal where they rinse the blood out of your mouth. Pizza Pop is not memorable, nor is it forgettable. It hangs, low fruit in a busy orchard, quiet among giants. This exercise in smallness gets 4 out of 10 because there is some small merit within it; while it’s a mediocre platform game, at least it isn’t an objectively shitty platform game.

The PG, on-paper objective of this game is to rescue some dumb hostages or some shit. Something cheery, positive, official. We all know why Airwolf appealed to us as youthful consumers. Nine times out of ten, when you looked at the TV and Airwolf was on, what was Airwolf doing?

And so we have this, a less-than-terrible NES version of a decent-to-OK arcade title, based off a TV show. You do a fair amount of tearin’ shit up, but there’s a moderate pace on it, and Airwolf would like to pack it in by 9 pm so the kids can go to bed. Airwolf just don’t party no more. It immediately strikes me that this game plays a lot like Capcom’s 1943, if 1943 were a side-scroller. I just immediately get that feel visually, movement-wise, everything. Maybe it’s the intermittent beach scenery and my hankering to shoot down Zeroes over Midway. Maybe it’s just that the game – or at least this part of it – is deceptively competent in its execution. 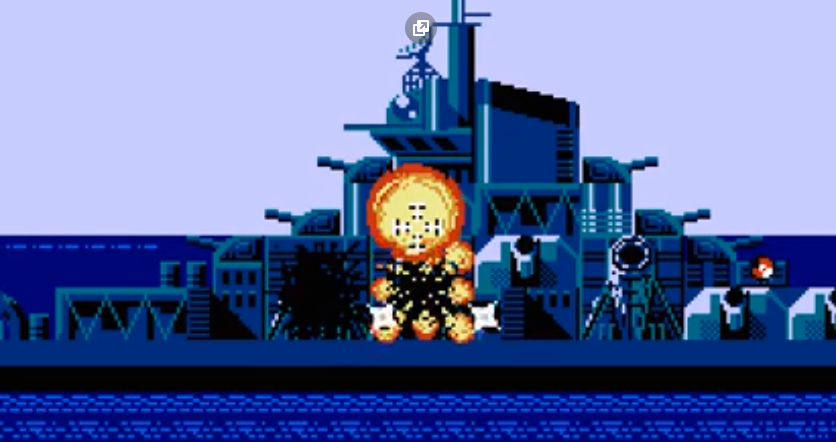 The aim-and-shoot first-person sections of Airwolf are clumsy and drawn-out, like most of the NES’s attempts at this kind of “realism” or “dynamics.” Lots of sprite clip interrupts otherwise acceptable pixel graphics. Outside of the slightly dated and loud sounds of war, the audio experience is sparse. What’s present is phoned-in and basic. 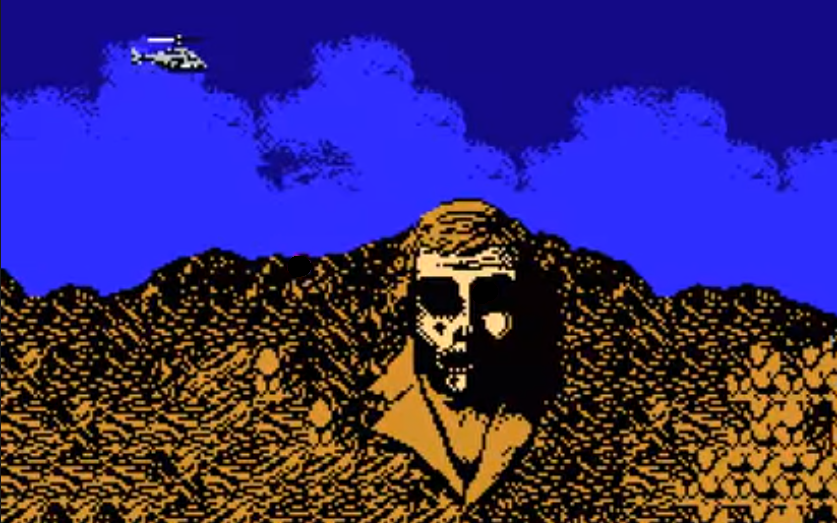 I will give the cut scenes and set pieces a little bit of a shout out. I always like this kind of thing, especially in 8 to 16 bit era games when each matte and landscape was its own little labor of art. Bells and whistles, the little liminal passages between… Less was more, but you had to do it big.

Airwolf receives 6 out of 10. It tried to be novel with lukewarm but not awful results, and I like the side-scrolling parts of it. Some of the random in-between shit really made it for me too, like the guy’s face on the radio screen.

I don’t do a lot of RPGs in here, and I really should. (In fact, maybe a whole series coming up). I tend to avoid them because of the nature of RPG play: it’s a long, nuanced experience that has as much in common with a novel as it does a film. I don’t often feel that a handful of paragraphs can do that kind of thing justice.

I underestimated the mediocrity of this game. Let me take a well-aimed stab at describing Willow for the NES: it’s a lot like Crystalis, except that a film called Willow was produced by George Lucas in 1988 and that film got wrapped around Crystalis, instead of the slightly more Japanese story in Crystalis. 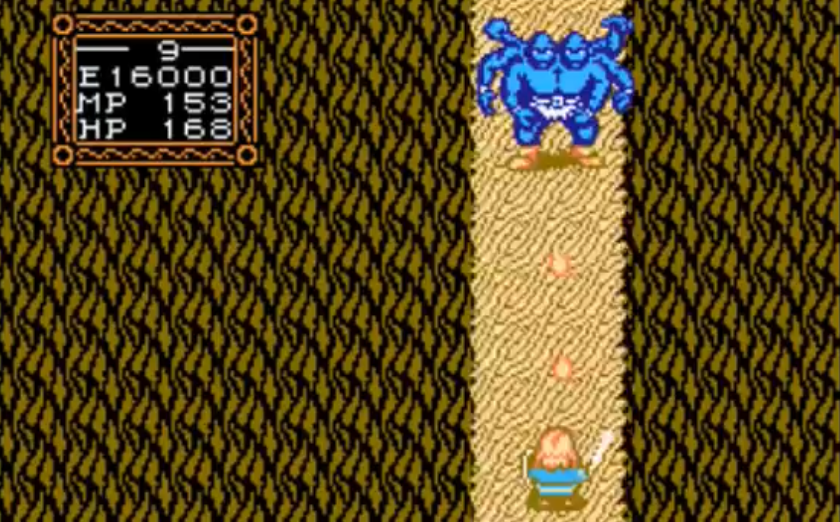 What passes for a climactic battle in the wizarding fucking world of Warwick Goddamn Davis.

So here we are with this can’t-go-wrong fantasy adventure, this klutz-friendly Saturday Morning version of Zelda with movie branding on it. It is extremely formulaic, mixing action with minor RPG elements like leveling and puzzle/interactions. The game has no money and you just talk to people to get stuff for free. Unfortunately, this leftist utopia is fraught with evil witches, dog mutants, and that old standby, the skeleton-people. Skeleton-people live unlife the way it was meant to be: clacking along windswept footpaths, harassing little wizards. Anyway, the catch to everything being free in this economy-free candy-land is that Bavmorda wants to kill you and has made a bunch of other stuff want to kill you. The movie plot’s subtlety is seen nowhere else in the game. Willow, if nothing else, will inure new RPG-genre players to the mind-numbing chores of reading text and level-grinding; in terms of action gameplay we’re looking at a caveman’s version of Link to the Past, but the graphics are the secret shine on this game. 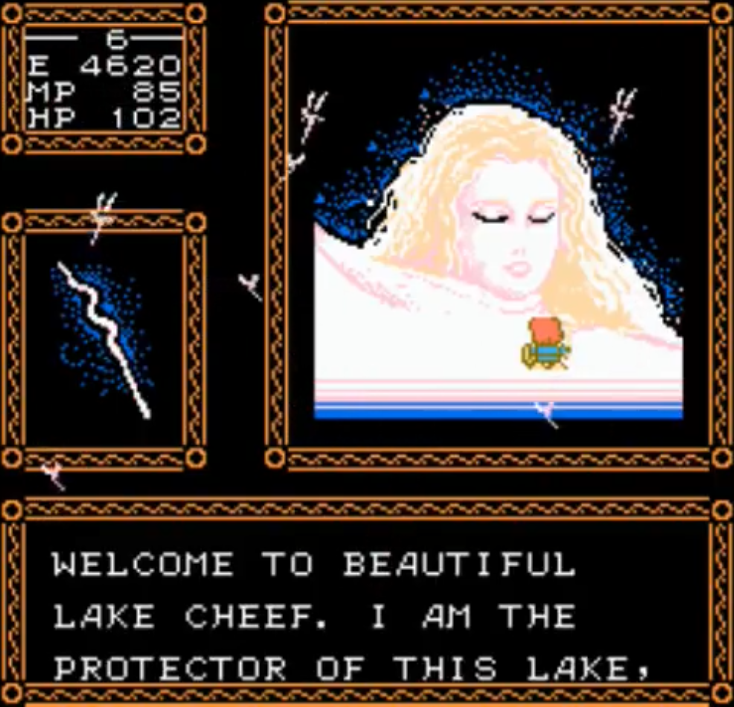 But I’m not the chief…

The way the screen will change color and the grass will whip menacingly, as the battle theme starts along with the visual cues. As I said above, bells and whistles… but they count for double in the very visual world of RPG-themed games. The music, especially this piece right here (which you will hear plenty of in the game), belongs in some kind of “reverse trauma facility” government program where they use radio waves to teach you how to do drone strikes in your REM sleep. The battle theme is okay, though. I just wish, as I often do about RPG music, that the loops were longer. Oh well. 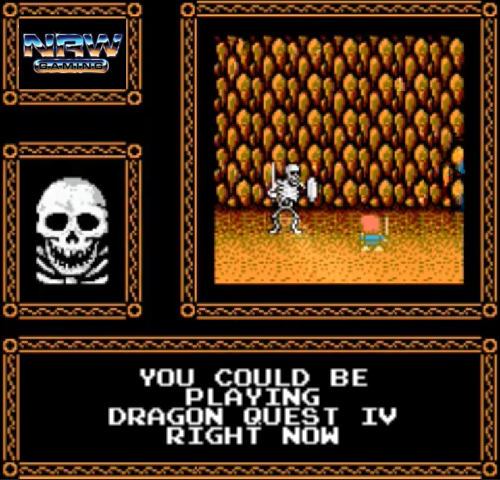 OC by Yours Truly

While Willow isn’t what I’d call truly lousy, it fails to rise above a solid “meh” in terms of action, and it feels from start to finish like it was some other game that was in development before Willow, and it got turned into Willow. It gets 6 out of 10.

That’s all she wrote… well, that’s all I wrote, anyway. Get Gruesome!