Before you say anything: yes, we're doing this again, and yes I intend to keep doing them until I can't find any more. The Internet is a vast ocean, and images are easy to conjure from its murky depths. If it exists or it existed, 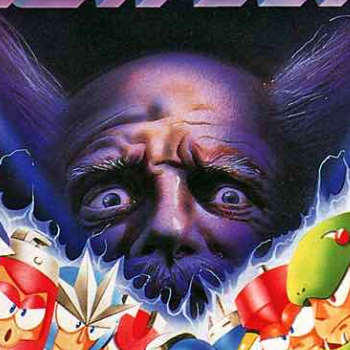 Before you say anything: yes, we’re doing this again, and yes I intend to keep doing them until I can’t find any more. The Internet is a vast ocean, and images are easy to conjure from its murky depths. If it exists or it existed, someone’s scanned it in and put it somewhere – an archive, a fan site, somewhere. What we’ve had proven to us in my previous four installments of this series is that for a long time, no one gave a shit what was on the box when a video game was shipped for retail sale. At least, no one in charge. Sometimes they’re goofy, but a good many overshoot that mark and end up in “unintentionally terrifying” territory. I’ve plucked five more from the shelves… let’s take a look. 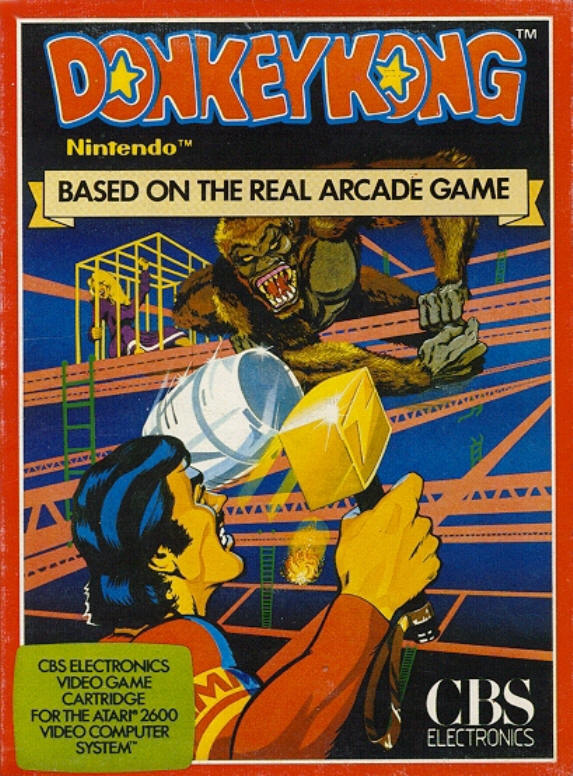 They are really, REALLY trying to convince you that Donkey Kong is a white-knuckle action sci-fi thriller. Mario’s ditched the silly little cap and hit the gym hard. DK’s been given a stark makeover as well, a far cry from the almost huggable version we see in modern Nintendo products. This Donkey Kong has crawled from the outer darkness at the edge of human knowledge, a nightmarish primordial thing intent on devouring maiden after maiden. Blood slicks the girders, but Mario knows the stakes. He hefts the gleaming hammer Mjolnir, apparently on loan from the Norse god Thor, and… uses it to smack barrels out of his way.

See, box art like this is something I’m still bitter about in a small way. Remake Donkey Kong, but use this picture as a kicking-off point. 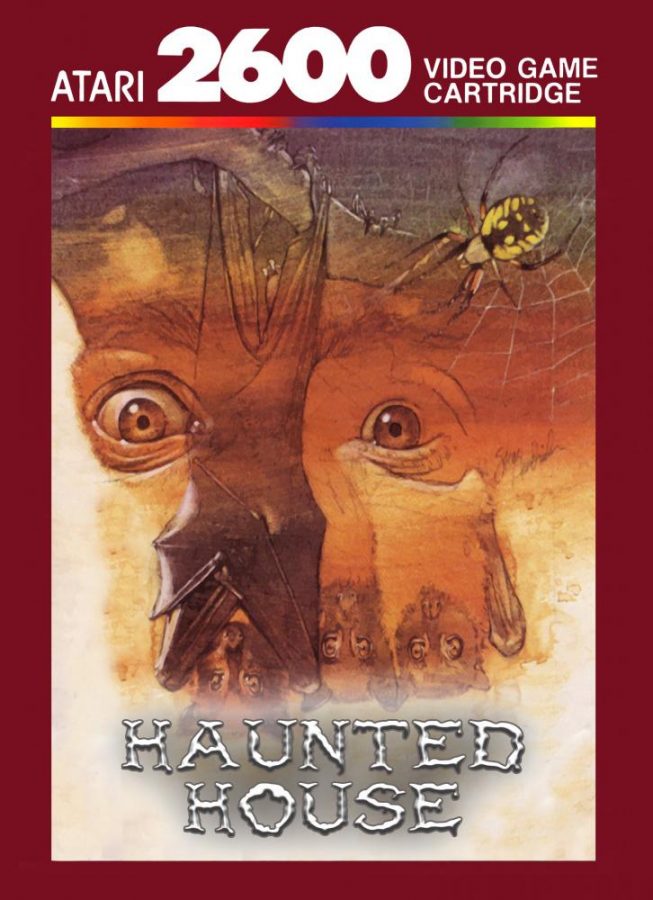 There is a specific reason I’m picking on this one. It drew my eye because of its striking initial impression, and it’s actually really good as far as a piece of illustration. However, they fell into that pit that a lot of lower-budget British horror films do: There’s nothing scarier than a golden orb weaver spider and some fruit bats, right?

The eyes barely even look scared. That’s like a “oh shit I left the bathtub running” face. 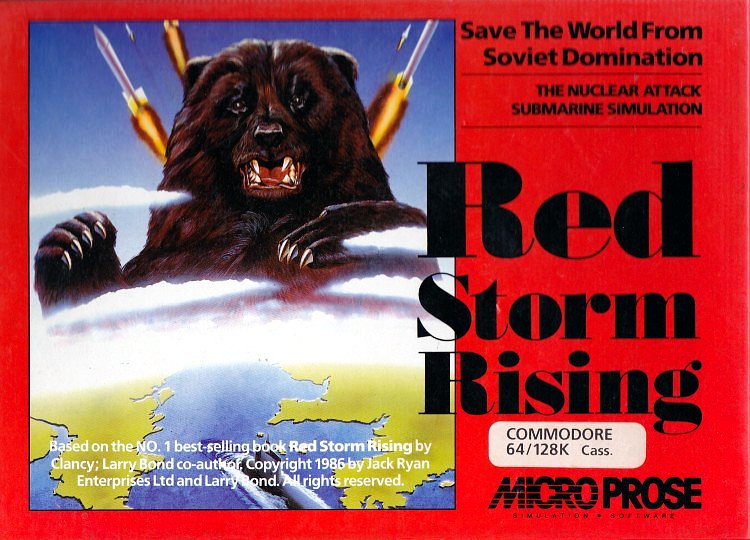 I’m all for saving the world from Soviet domination, but I’m discouraged by the fact that we have no intel at all about their colossal world-destroying bear. Bearing ICBM platforms on its back, it steps over the Bering Strait as if it were a crack in the pavement. Its roars shake humanity to its foundation, and its snarling face eclipses the sun. Our only hope is for that one submarine, about the size of Portugal, to bring down the giant beast somehow.

This is another case of irresponsible and excessive hype. Most people who are into deeply immersive simulators like this (pun intended) don’t need to be baited in by a giant bear. But I bet they won’t complain, either. 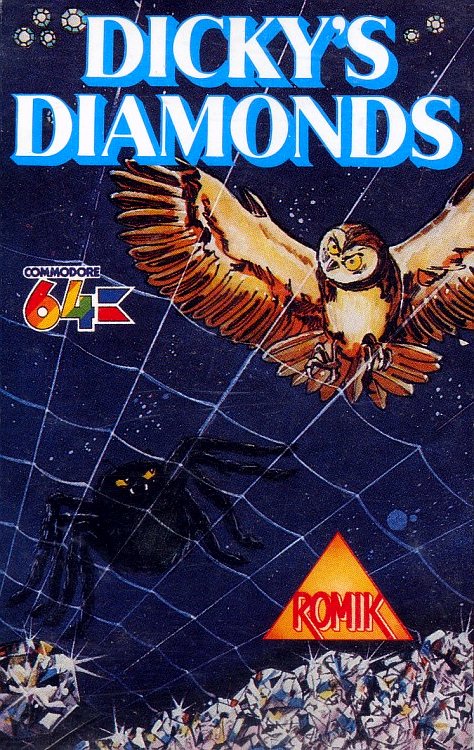 This cover is the kind of shit that can only exist on the far shores of reality, where prog rock album covers are born. This one burned out mid-flight and became a Commodore 64 game. I refuse to believe that’s simply a clear night sky, and I also reject the idea that this owl and spider are anything but godlike beings in mundane form, playing out some parable whose arc far exceeds our limited mortal vision. Neither seems intent on the gems; their eyes burn, fixed upon each other in the anticipation of combat.

And I sincerely feel like that combat would take place during a RIPPING Alex Lifeson solo. 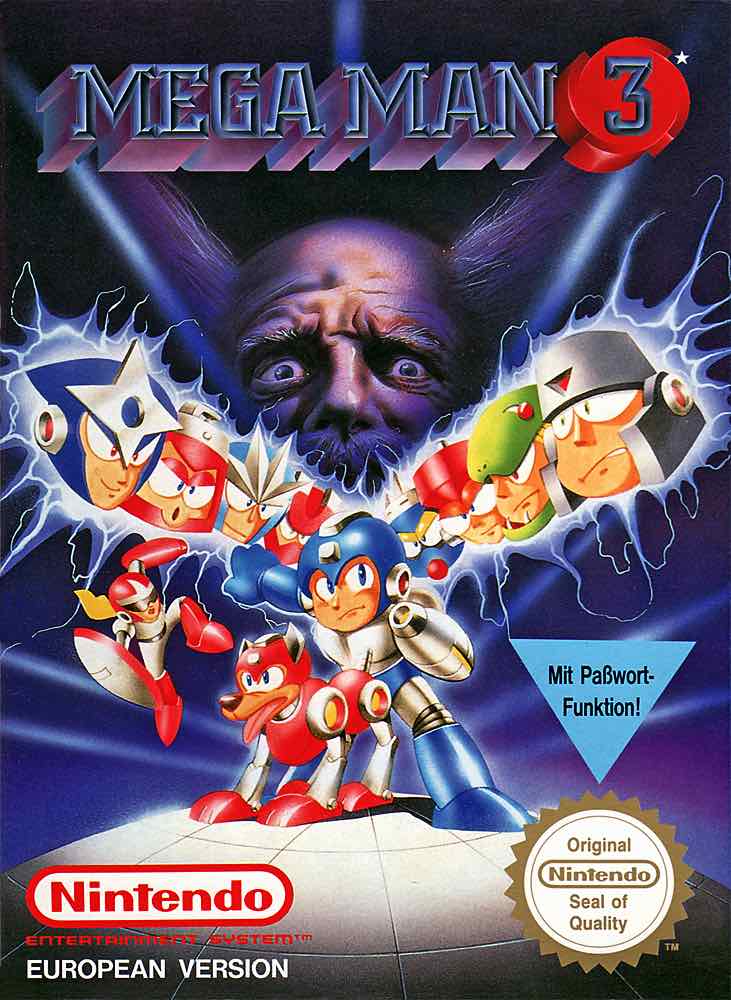 Dr. Wily can’t stop barfing up all these robots! Seriously though, tell me this looks like anything else is happening. Rock seems mildly bothered by it, but Roll is truly disgusted; even his eyes betray the revulsion. Wily himself looks absolutely terrified. This was not the intended result of his life’s work. What good will world domination be if he can’t stop vomiting fully formed robot heads and bolts of electricity long enough to enjoy it? The only one who seems purely embarrassed is Hard Man on the far right. Listen, Megaman, he’s sorry. There really wasn’t anything he could do. Give him a call and he’ll help cover the dry cleaning. Cheers.

We’ll see you again at the end of the month, campers. Stay Retro!