Konami, one of the monolithic names in Japan's gaming industry, has had its hand in the game since 1978 (not its founding, but when it produced its first coin-op game). The company has a string of successful franchises, both past and present, including the iconic 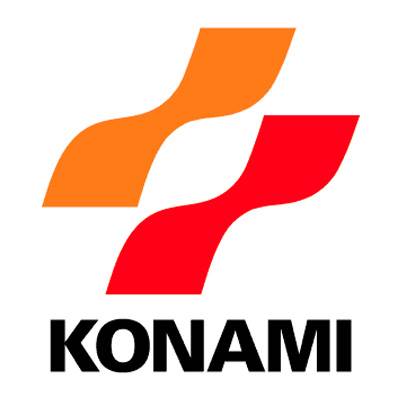 Konami, one of the monolithic names in Japan’s gaming industry, has had its hand in the game since 1978 (not its founding, but when it produced its first coin-op game). The company has a string of successful franchises, both past and present, including the iconic Castlevania and Metal Gear series retro gamers have known and loved from the beginning. While many of us (myself included) got our first taste of Konami via the NES, it was arcade coin-op titles that laid the steady foundation for the company’s rise to prominence. Thanks to both MAME and the new life given to retro-style arcades in recent times, I’ve had a chance to fiddle with several of these killer titles, and I’ve chosen three to talk about in my usual long-winded fashion. Let’s waste no further time with my jabber-jawing. Let’s take a look.

Two things immediately stood out to me when I played Battlantis: the first one was how it blends sci fi with an “ancient world” motif. Your warrior uses his laser weapon and various other goodies to defend the parapets of a stone fortress from grenade-wielding goblins and horrible monsters. He’s even got a gnarly little Rocketeer-looking helmet. The second thing I noticed was the 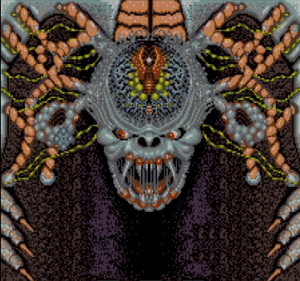 incredible graphical quality visible in nearly everything onscreen. There are huge boss monsters who are depicted in gruesome detail, perhaps the most self-evident display of Battlantis’s visual show. The final boss is reminiscent of ones we’d see in some Contra series installments, and there’s even one that kind of looks like the Rancor from Return of the Jedi…

The music isn’t bad either, but it’s hardly outstanding. I found the game challenging, but even when I got my space gladiator ass kicked, I wanted another go. Battlantis feels like a very “big” game despite the fact that your motion is limited. It’s an ancestor of “tower defense” with a lot going on, offering both exciting gameplay and a visual feast.

I actually just recently re-watched the first through third movies in this series, and Aliens is still my favorite of the three. I understand even more as an adult how utterly horrifying the alien queen is, all spiderlike and ruthless, churning out a swarm of her acid-blooded spawn deep within the conquered mining colony. I’m better able to appreciate just how good of a cast the film had, which turned out to be a key ingredient for a non-shitty sequel. I also remembered that Burke (Paul Reiser) reminds me of an ex-boss of mine, which adds an extra layer of catharsis for me when he’s rent

asunder by a shrieking jet-black monster.

If you think about it, Konami making an arcade adaptation of Aliens was pretty natch. I mean, you can even see similarities between the face-huggers in this game and the little pink scramblers in the last stage of Contra. It sure seems like I’m tying everything back into Contra today, but I swear it’s not calculated. Besides, I’m fairly sure I could do an article just on how many games have borrowed visual inspiration from the Alien series…

Don’t worry. I may sometimes seem like I’m using this as an echo chamber, but I do actually respect you. I won’t write a whole article about that.

Okay, okay. This game is a pretty high-impact side-scrolling run & gun. Ripley, who apparently got a bleach job for the arcade game, skips a ton of what actually happens in the movie and just plows in solo to purge the colony of xenomorphs by traversing it end to end and WRECKING EVERYTHING IN SIGHT. You’re inching through vent shafts, strolling through the breeding grounds themselves, and even going toe-to-toe with the Grand Bitch herself using the powerlifter. The graphics are very good, with lots of SNES-style sprite scaling and lots of detail in the backgrounds. The obligatory diversification of enemies from film canon is fun, and doesn’t make the game seem too goofy. Really, the sound effects stood out to me as the coolest part; the quality of the aliens’ death rattles helps to keep a little edge of creepiness in the game.

This game is fucking unbelievable, and I’m legitimately sad that it didn’t become the next Street Fighter II in 1993. To give the simple description of Monster Maulers, you play as one of three superheroes and beat the shit out of really bizarre monsters in confrontations similar to your typical fighting game. These horrors are roaming the Earth thanks to a sinister organization known as the Happy Droppers. First you thrash the monsters, then you take the Droppers out back and teach ’em how to sing soprano.

I can’t get over how completely insane this shit is. I’m like, moderately skilled at fighting games (at best), and usually don’t play them for long spans of time, but I can’t cool it with Monster 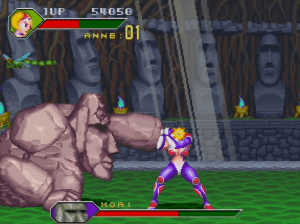 Maulers at all. All three characters have lunatic moves worthy of a superhero, including atomic fireballs and pro wrestling moves. I have body-slammed a centaur. I’ve punched a demon in the face repeatedly. I have hurled white-hot balls of plasma at a giant living Moai head until it tapped out in submission. At the end, you brawl with a robot gorilla and fistfight a tank.

I have nothing negative to say about Monster Maulers except that I’m pissed I never encountered it earlier in my life. I’d have probably shit my pants. Part of me is sure Konami limited its distribution in order to soften the titanic blow of its very presence. The music is CD quality, and I’m pretty sure I even heard singing. Don’t even get me started on the graphics. When you make a game that centers around superheroes inflicting career-ending injuries upon massive supernatural monsters, you have to make it look good.

They did. I am out of words for this.

Battlantis – 7/10 (It was cool to find this. It reminded me of modern tower-defense games, which causes me to see it as their ancestor.)

Aliens – 7/10 (overall it’s nothing legendary or unique, but it’s very good for a licensed game and also a good choice of play-format for the source material.)