Home / Gaming  / Grab Bag: A Dose of the Absurd

Grab Bag: A Dose of the Absurd

Lunacy awaits you. Dive down into the unthinkable abyss with Bryan as he examines three games on the outside end of sensibility. 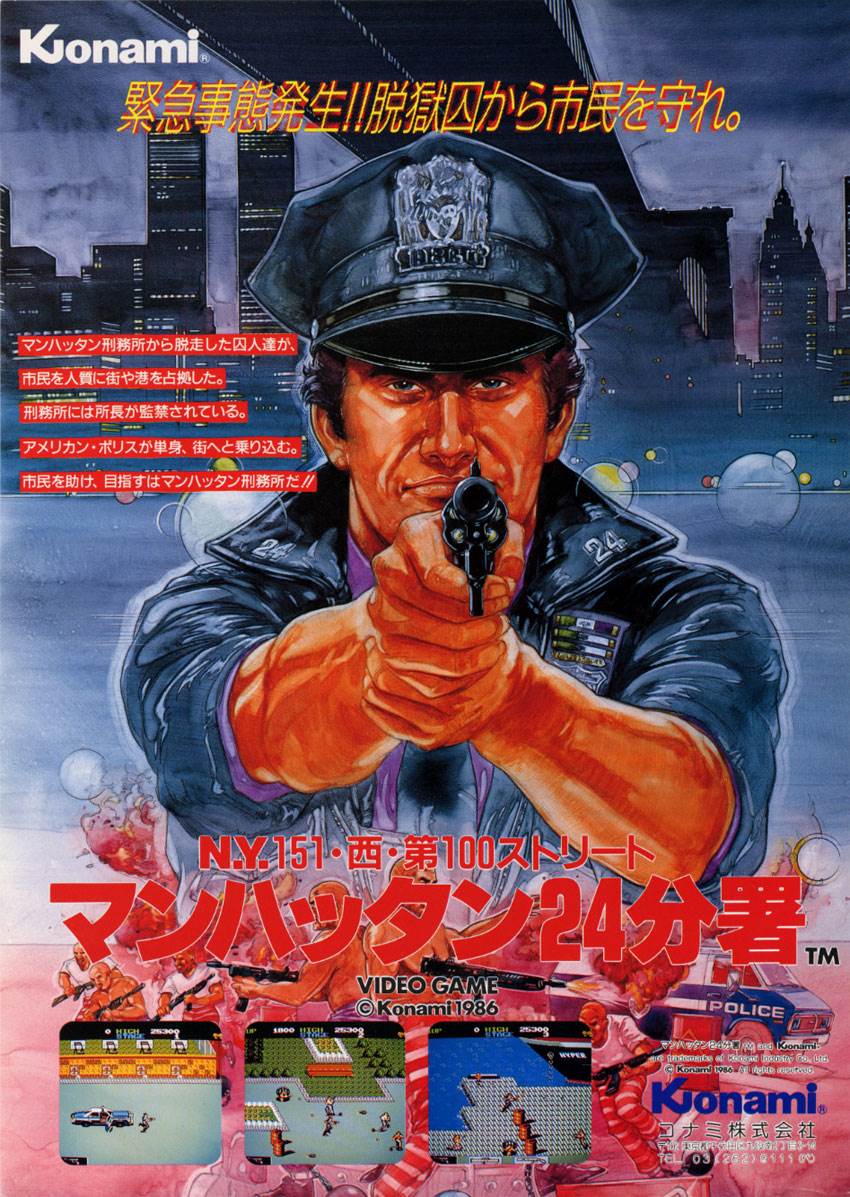 It’s more than common knowledge that video game history is inundated with utter ridiculousness. It’s accepted canonical scientific fact. Buffoonery isn’t the main mode, but it comprises a fat slice of the pie. For most of us, it’s part of what we love about the experience. I don’t just mean the otherworldly stuff – giant bugs, killer robots, what have you – I mean the absolutely pants-on-head dumb shit. Clumsy premises, graphics and sound that doom a game to goofiness, or just something that seems like a sugared-up little kid yelled it out and the designers wrote it down for development. These kinds of elements make for a game that straddles the fine line between garbage and legend.

This Grab Bag is devoted to that idea. I’ve snagged three titles that, well-known or not, embody the absurdity so often encountered in classic (and, let’s be fair, modern) gaming.

The basic plot of this one is that a small army of criminals have escaped from the jail/prison/whatever, and it’s up to one cop to stop their wave of violence. They’ve taken a bunch of hostages and inexplicably not just scattered across the country, working cohesively for reasons only guessed at. It’s your job to bring them all back in, dead or alive.

My best guess is that this is meant as an existential question.

As if to stress that last part, gameplay consists primarily of running forward, wildly firing your gun. Once in a while, a hostage will appear and call out to you in fairly clear digitized speech. Don’t fucking kill them. Kill the 1,000 identical shirtless dudes in striped pants trying to kill you. They all have iron balls on chains attached to their legs, but somehow are about as mobile as you. This is it. This is Jail Break.

Why, hello there, citizen.

A pale horse if there ever was one.

Although I’m not particularly religious, I am often heard to quote the Book of John, Chapter 11, Verse 35. This game is one of those entries in our hobby’s history that spills the verse from my mouth like a font of woe.

A positively nightmare-driven spread from the game’s manual. This came from the mind of someone who belongs in a special cage. A rubberized one.

I’m unclear on the story being told here, except that it is disgusting and probably illegal. Some kid goes and sits on the toilet, presumably in the middle of the night (guessing by the darkness) and gets… whisked to a magical world of shit and piss. The entire thing is presented as a vertical overhead shoot-em-up that borders on spiritual devastation, at least for me. If you earnestly like this game, that’s your business, but I also hate you in a raw and instinctive way I can’t overcome. I’m sorry.

I’m not ragging on this one because it’s a licensed McDonald’s game. That’s fine. I understand the desire of businesses to market themselves however they deem effective. My feelings on it, for the purpose of this article, are largely irrelevant.

I want to do all of these things. This makes total sense. I am motivated. Let’s go.

This game is also pretty clearly an attempt to clone Super Mario Bros. 3’s gameplay from the ground up, and it’s not terrible in that respect… it’s just not a great imitation.

I don’t know… there’s just something surreal about this one, and it’s hard to put my finger on. It’s a combination of the above two mentioned elements, and a few others: maybe it’s the sometimes out-of-place enemies, the weird leering presence of Ronald everywhere, or even the harrowing journey through what looks like a “blood world” later on to reach Hamburglar’s hideout. Why would they put a kid through this?

I can’t denounce these games fully, for to do so would be to exclude them from the spectacle that draws each of us in and hooks us. Part of the video gamer lives for action, but another part suckles at the teat of the bizarre and somehow draws nourishment. We dine on this fare, and we are (despite all notions of rational thought or common sense) thankful for the bounty of providence. In closing, may the world of video games never stop offering us the occasional absurdity. It would perhaps detract from the creativity inherent in the market, and result in a loss of vitality for video games. That’s scarier to think about than an entire game about McDonald’s or poop.