Home / Home  / TOXIE IS BACK!! Everything We Know So Far About the Toxic Avenger Reboot

TOXIE IS BACK!! Everything We Know So Far About the Toxic Avenger Reboot

That's right folks, our favorite tutu-wearing crime splatterer is coming back to the silver screen! Below is every single detail that is known so far about the Toxic Avenger reboot - and a little history on the franchise itself to boot. We'll keep this article

That’s right folks, our favorite tutu-wearing crime splatterer is coming back to the silver screen! Below is every single detail that is known so far about the Toxic Avenger reboot – and a little history on the franchise itself to boot. We’ll keep this article updated as more details are released, so bookmark this page and check back every couple of months if you’re a fan of the original retro gorefest! (If you haven’t seen the Troma Entertainment original film, it gets uploaded to YouTube every once in a while in its entirety! Check out the latest upload of the full Toxic Avenger movie at the bottom of this article!)

The cult classic Toxic Avenger was first released in 1984. It’s a campy black comedy superhero film that follows the misadventures of your standard 80s nerd who falls into a vat of toxic waste. He ends up becoming the beloved Toxie – a horribly disfigured crime fighter sporting a sultry new voice, super strength, a heart of gold, and special hatred for evildoers. The original Toxic Avenger gained notoriety for its insane levels of deliciously cheesy gore – and even cheesier one-liners. It spawned The Toxic Avenger Part II, The Toxic Avenger Part III: The Last Temptation of Toxie, and Citizen Toxie: The Toxic Avenger IV. There’s even been a Toxic Avener musical, a kids TV series, and a Marvel comic run!

We reviewed the classic Toxic Avenger a few years ago, (check out this article for even more awesome Toxie history!) So, needless to say, we are totally pumped about the new release! Here’s what we know so far:

Of course, there’s always a chance that this reboot could be totally bogus like some other 80s reboots that have happened recently…

However, the original directors on board as producers and advisors to the screenplay writing! The production company is also great, with Legendary Entertainment producing awesome flicks like Pacific Rim, The Godzilla Movies, BlacKkKlansman, Krampus, Interstellar, Inception, The Dark Knight Rises, and many more fantastic films. So, our expectations are sky-high.

We really hope they stick to practical effects for the gore, but only time will tell if the Toxic Avenger reboot is a flop or a sloppy comedy gorefest! 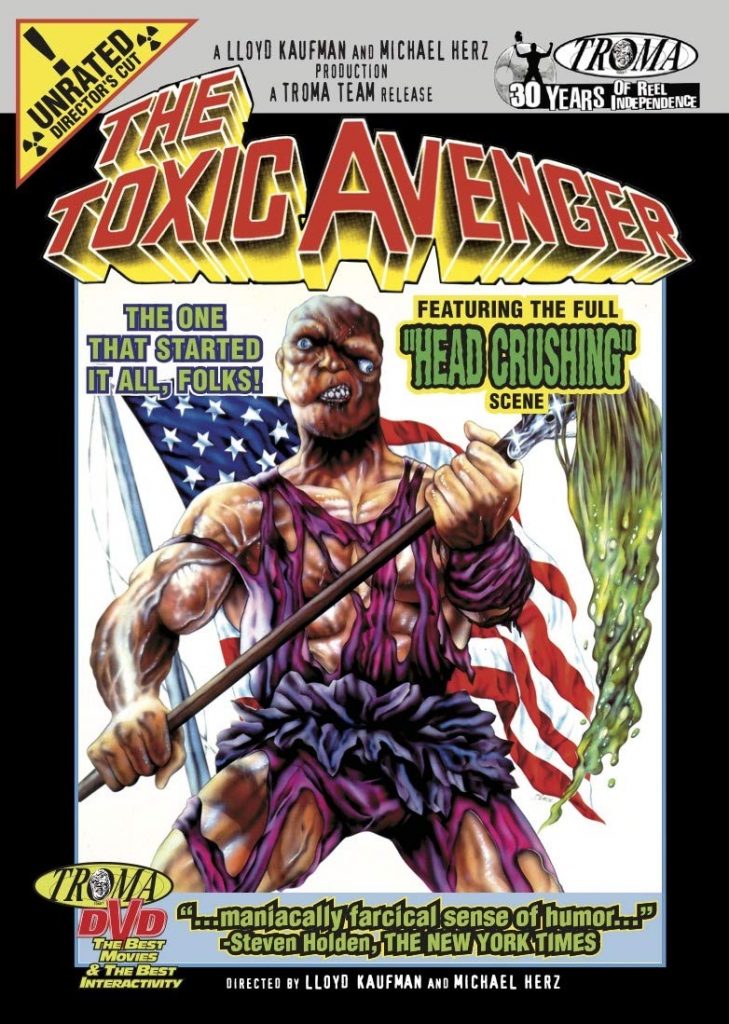