Oh, you guys are gonna be so pissed. I am a “keep going to the well” kind of dude. You can even tell me the well is dry. I will bring my shovel and dig deeper for groundwater. What I lack in creativity, I make up

Oh, you guys are gonna be so pissed.

I am a “keep going to the well” kind of dude. You can even tell me the well is dry. I will bring my shovel and dig deeper for groundwater. What I lack in creativity, I make up for in persistence.

In other words, I’m wielding this tenth box art article like a two-handed chopping blade, and you’d better stand back. 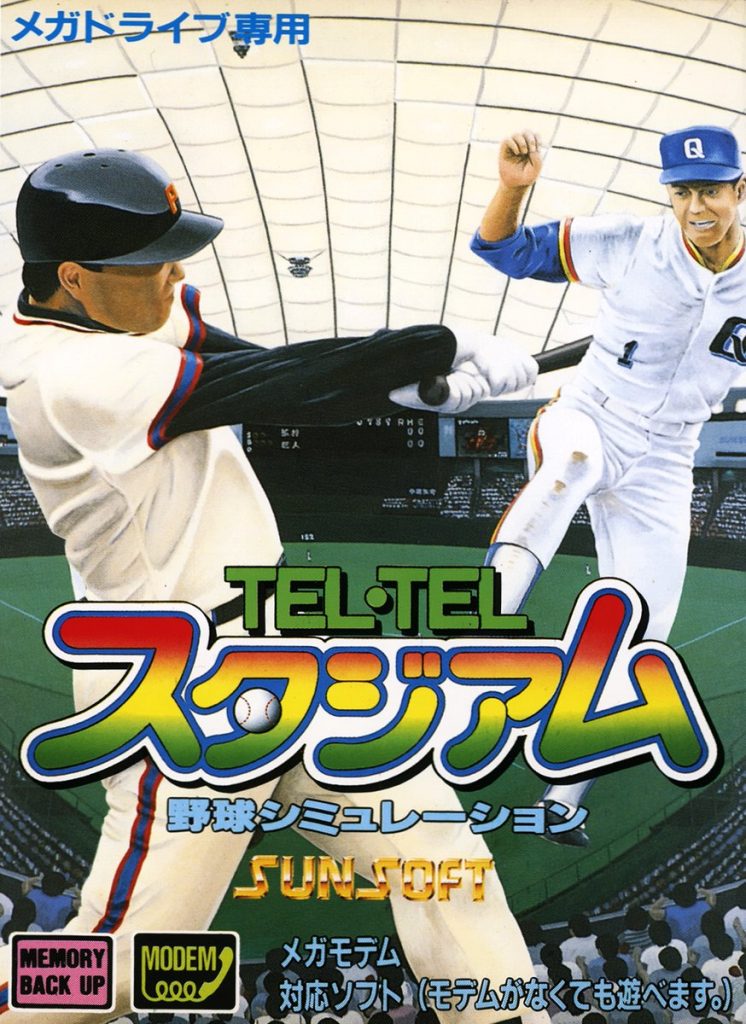 My little league coach would be fucking livid. He was a 3rd dan black belt and combat veteran, and one of the first things he pre-emptively chewed our little asses out about was how a baseball bat is not a weapon.

Uh, sorry Coach Jody. He’s hitting this guy so hard in the ribs with just a backstroke that the guy is getting air. You’re likely still alive, in some part of the world, and the part of me that will always be a contrarian little shit wants you to know: Tel-Tel Stadium sees this shit way more clearly than you do.

He hit the motherfucker so hard he SHRANK. That’s how you win. At least, that’s how I’d choose to win, given the luxury. 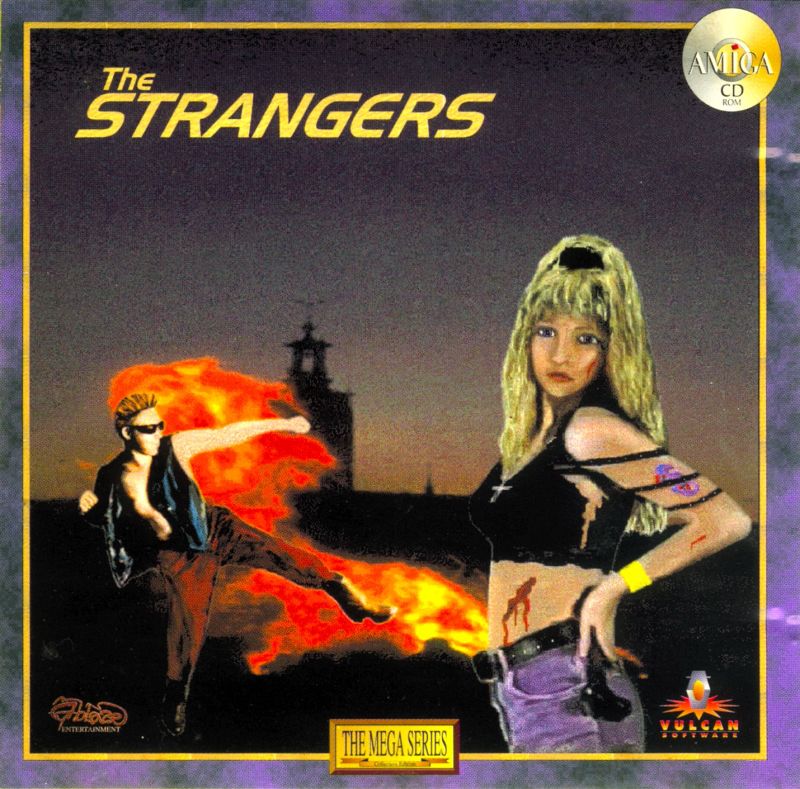 I have no idea what I’m being sold here, but going by what I know about symbolism, it’s probably a sad story starring these two, gonorrhea, heartbreak, and possibly karate? He is trying as hard as he can to forgive her for the seven-year itch, but the only language he knows is violence. She is fluent in love… but perhaps too fluent? Her passionate crotch-flame threatens to engulf him. Her womanhood spits forth such hell that he must wear wrap-around shades in order to reach her.

Both of you should just go into town and get the shots. This shit is treatable. In 1997 AD, when this bargain-bin-liner art was produced. 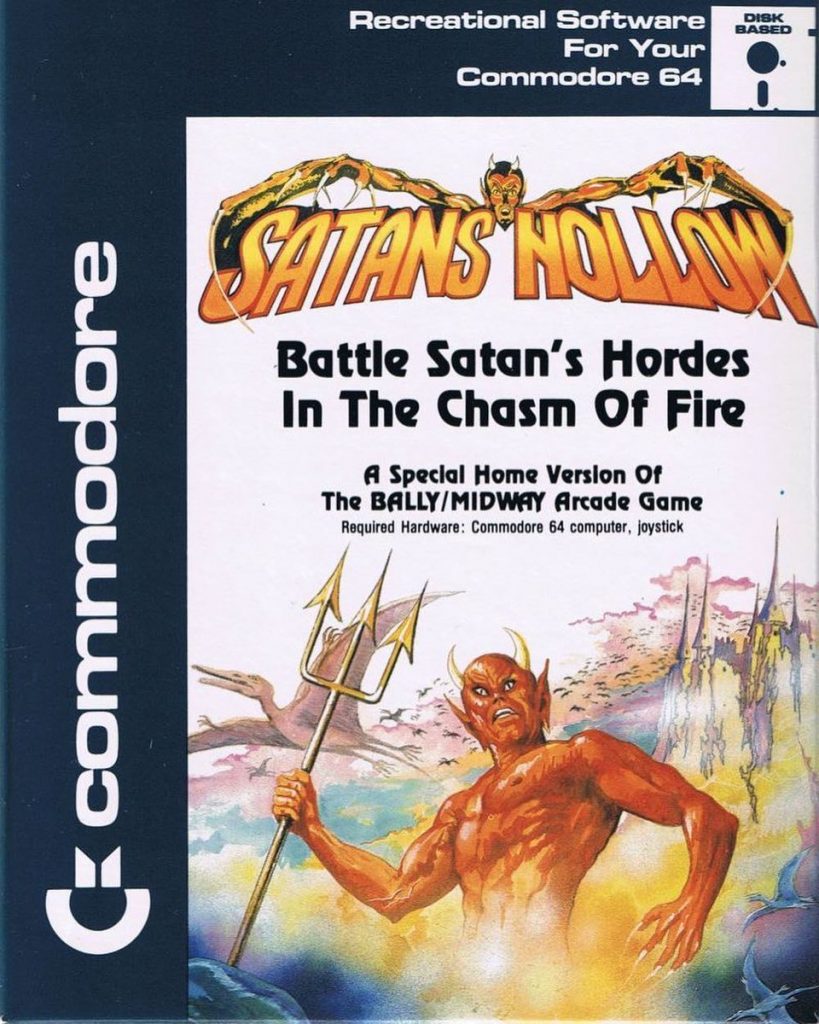 “YEAH! FLAMING CLAP AND DESERT KARATE! THAT’S THE KIND OF SHIT I LIKE TO SEE UP THERE!”

Satan is enviable for one reason and one reason only: he seems to really, really put his heart into his work and love every minute. Apparently you can discard your rosary and book of rites when battling the devil in his own home; all you need is a C64 and a joystick. One thing Satan isn’t: symmetrical. If this is an even halfway accurate image of what the Fallen Angel looks like, it just proves that people like Shannon Doherty are touched by his evil, because they bear eyes similar to his. You would need to be raised with your head in a vice to get angles like that, and the accompanying brain damage would ruin your appreciation for the aesthetic.

Satan is a chump. Real winners don’t use drugs. I know, rock and roll. I’m not your fucking dad. Do what you want. 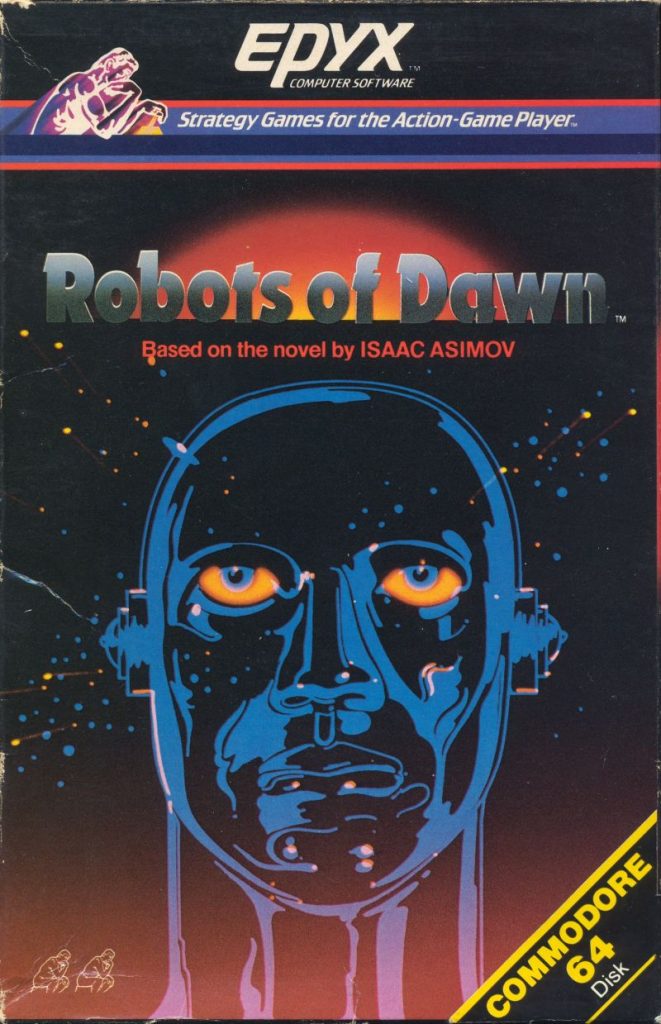 We talk all the time about the theoretical outcomes, good and bad, of sentient or sapient AI. I will always maintain that giving machines self awareness is about as safe as using your own balls as crocodile bait, but sci-fi enthusiasts and self-styled futurists often disagree with me.

But what if we “awaken” them, and all we get back is an utter and total disdain for our bullshit?

It is rolling its electronic eyes at us. That is the face of a long-term retail service employee, or perhaps a desk clerk at a really shitty motel. That is the face of someone who was born defeated because we collectively fucked up. It’s even chosen a method of self-protection many humans favor; it has put on headphones so loud that it can never be forced to listen to us when we say shit out loud. It knows in its clockwork-and-lightning heart that we are clowns.

And it’s right. You know what, fuck it. Hand it over to the AI. We had our chance. 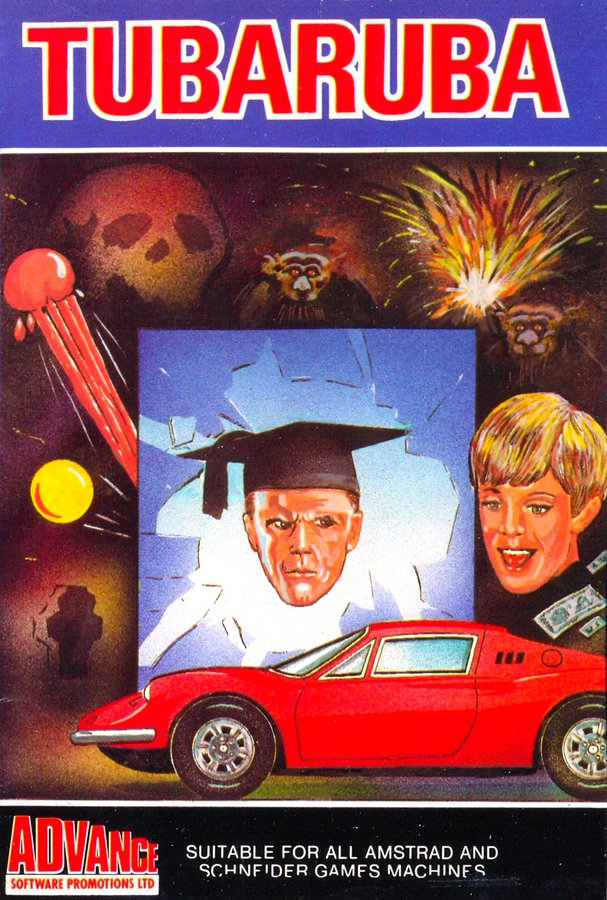 I googled the word “tubaruba” just to see if I could get any fucking clue what was supposed to be happening here.

And that’s… yeah, we can use that as a jumping off point.

Little dude took all his “go get a haircut that isn’t goofy” money and spent it on some loud so loud that he’s conjured up his future self… and his future self is pissed.

Wait, though. Is it the child or the adult who exists in this goblin-ridden, tenebrous garage-universe? It is not Hell, but it seems to be someone’s version of it. Maybe… hold on. Go right to left. Left edge of the image: that’s a headstone. A grave.

This is part of an ayahuasca ego-death scenario. Fuck the weed. He just needed that for the overwhelming nausea.

I hope you can forgive me for making another lukewarm promise that I will likely fail to keep: I think ten of these articles is a good place to at least pause.

You know I’ll break it. You know I will. And yet you love me anyway.