As the old saying goes, the road to Hell is paved with good intentions. Sometimes, in my case, I know damn well where I'm laying cobblestones, and I'm taking you folks with me. This 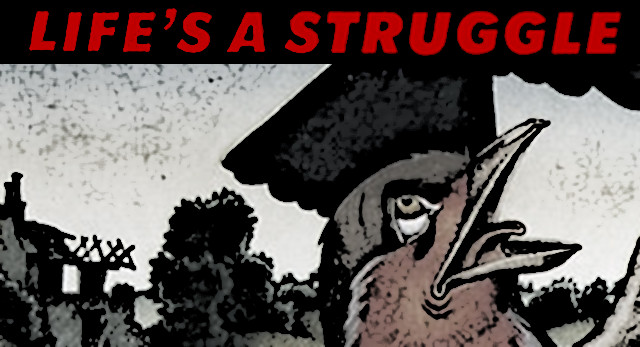 As the old saying goes, the road to Hell is paved with good intentions. Sometimes, in my case, I know damn well where I’m laying cobblestones, and I’m taking you folks with me. This… whatever you’d like to label it, phenomenon, trend, etc. with early 80s computer games and their absurd yet striking artwork has really taken a hold on me, and I’ve decided it’s time for a fourth installment. Who knows how many there will be before I stop. Despite my Hell-paving best intentions, bizarre box art has a hold on me and if this is sick then I never want to get better. I want to die like this. 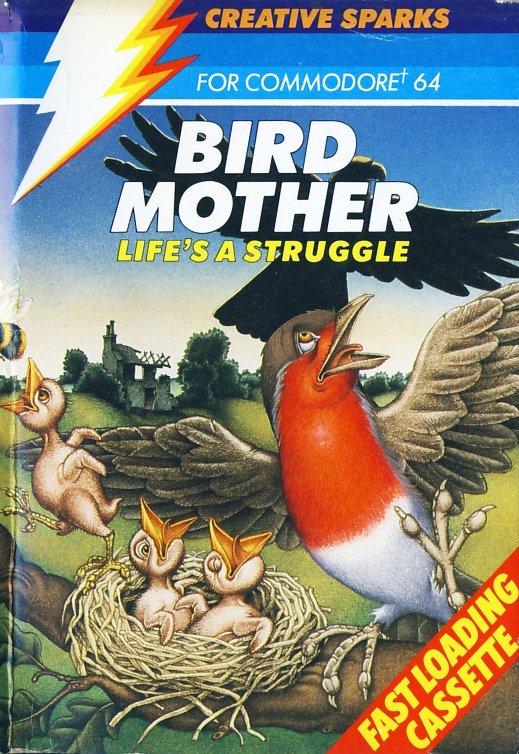 Every voice is lifted skyward, not in joy but in terror and woe. The eagle, whose entire presence is wrapped in unearthly shadow, looms above all, accompanied by a thick, fat lightning bolt that would terrify any reasonable bird mom. The feather in the cap of this one is the tag line directly beneath the title: “LIFE’S A STRUGGLE.”

You think you walk the razor’s edge? Try raising a clutch of gross little bird-babies in today’s world. The decrepit house in the background leads me to believe that the humans have already called it quits; in Bird Mother, mankind has finally been swallowed by its own brute decadence, and now avian parents everywhere have inherited the stark existential horror we left upon the last battlefield.

Her kids look like lead paint or fetal alcohol syndrome could have been a factor. Who can blame her for drinking when the black eagle and the vector-bolt stand as certain signs that her world is nothing but kindling for the fires of the void? One of the kids is trying to eat a bee, which seems like a poor idea, especially since it has launched itself beyond the threshold of the nest. The other two sing an idiot song to no one as their mother screeches in torment, oblivious to her children’s plight as she is bathed in the cold liquid of her own. 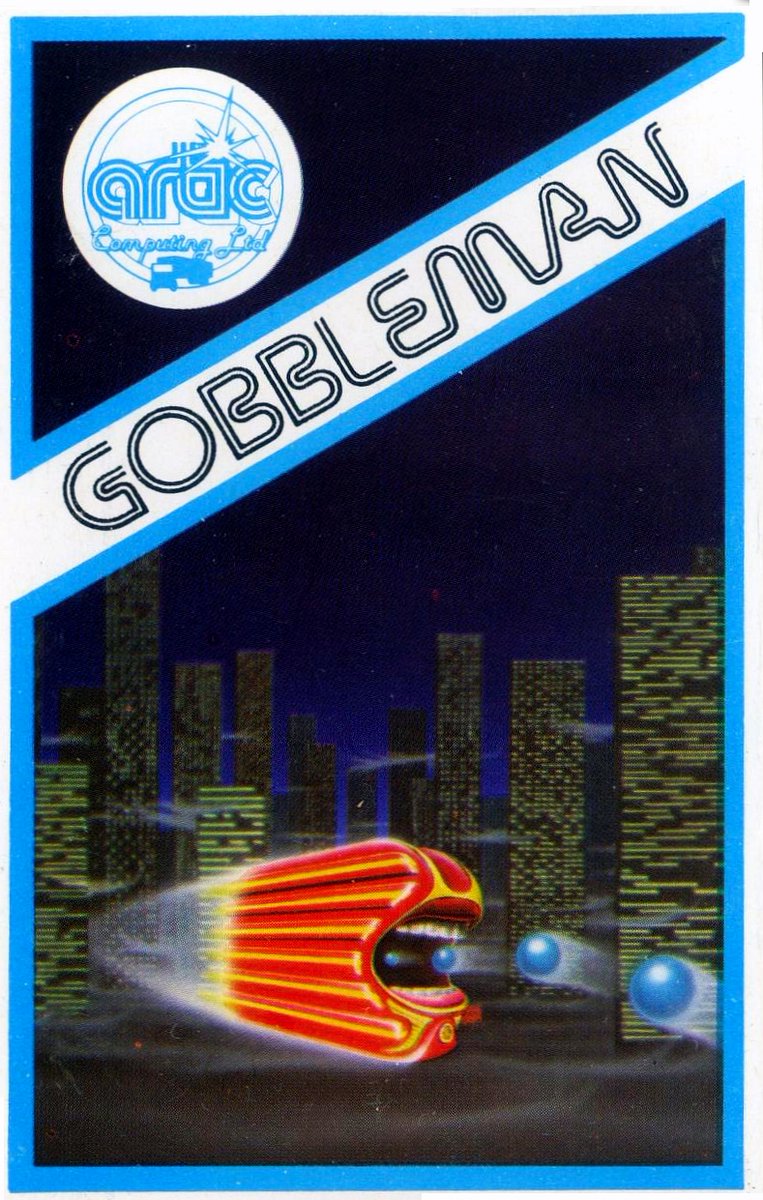 For some reason, this song seems entirely appropriate.

Question one: God forbid the very notion, but is this thing sentient? Sapient? It looks like a tipped over McDonald’s french fry container. It has no eyes whatsoever, but a gigantic and terrible mouth filled with chunky teeth.

Question two: In what city is this chaos tolerated? After dusk, Gobbleman fires up his… I guess his anti-grav thrusters, and rips across the urban landscape, devouring what I hope aren’t prescription painkillers or amphetamines. Gobbleman has the entire city at his mercy, he himself in turn being solidly in the grip of a tragic addiction. It’s made him mean.

Question three: How big is Gobbleman supposed to be? The scaling is hard to interpret, and I have a feeling that’s because there is none implied at all. My best guess is that Gobbleman is about the size of a subway car.

This is a future that seems familiar, but it is one that I will not miss. 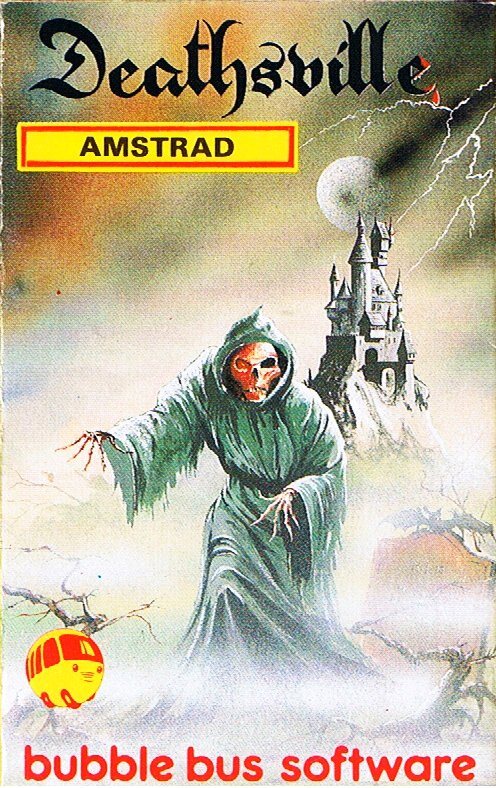 “Oh, the castle? Nah, it’s not mine. More of a timeshare thing. Point of advice, kid, not that it matters since we all die anyway: don’t buy into a fuckin’ timeshare.”

If you leave the interstate at a certain point, trace the back roads through mortality and fog, and grab route 0 heading straight downward, you’ll find yourself in a cozy little rural backwater called Deathsville. Population skeletons.

The robed corpse meanders out of the cold mist, shaking its hands like they’ve got something unpleasant stuck to them (if Death weren’t OCD, he’d be a lot worse at his job, but the germophobia thing still runs him ragged sometimes). The creature shoots you a surprisingly calm look of polite confusion, its one eye glittering red like a laser tripwire.

“Are you… you the one who emailed me on Craigslist about the futon?” it croaks out in a dry whisper. You shake your head. You know nothing of superfluous collapsible couch-beds. You know only that you have met Death at home, and that Death actually seems like kind of a fucking slob.

The hooded skeleton lights a Pall Mall, struggling to block the wind through its fleshless hands. Two hours later, you’re in the local Waffle House, waiting for the Bubble Bus (which has never run on time, the irresponsible little bastard). Death hangs out. He keeps you company, though his company is often silent and passively heavy, like winter snow on a freshly dug grave. Turns out he’s a pretty cool guy, but even though you exchange numbers, you never text or call him after. It just seems, unspoken, to be a childish breach of decorum. 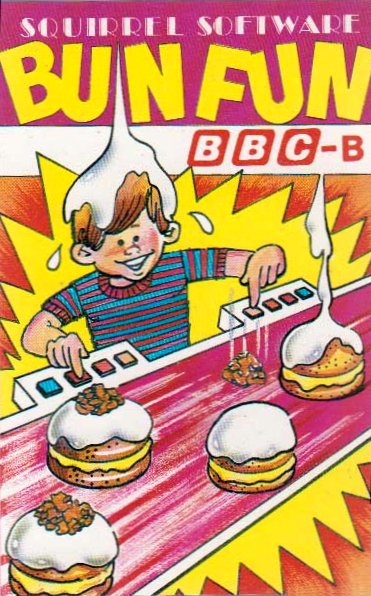 This is lewd. Gigeresque, even. In the biomechanical landscape, there’s pelnty of room for confectionary frosting and hot poop.

While untold thousands across the world labor and ultimately die miserable in sweatshops every year, this young man is absolutely overjoyed to be the one hitting the Simon buttons that make the… unidentified but suggestive cream exude onto the passing buns. Not even the obvious and repellent sight of a steaming pile of turds on the conveyor belt could ruin the moment! Nor the fact that he is also covered in the “cream,” for better or worse. This dude just decides to make the best of it, and puts little heaps of shit on top of every bun. The young man’s decency and stability long ago eroded completely, and though his current occupation is clearly a fool’s errand, he has that same trait that binds all madmen, buffoons, and captains of industry together: pride of workmanship and a grossly distorted sense of greater purpose.

It was he who shat upon the conveyor, who dumped creamy cream all over his own head, and who slew the factory’s night watchman with a chair leg before firing up the machinery. 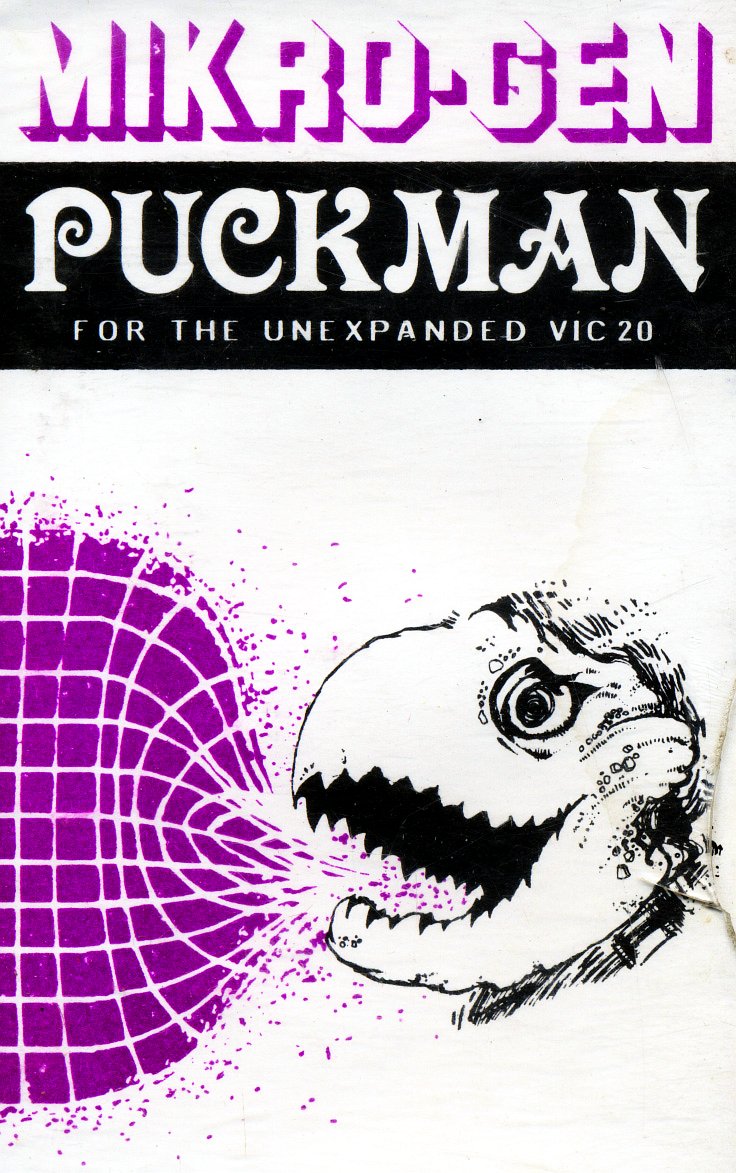 Whatever is happening, it’s on a cosmic scale, and we are beneath Puckman’s notice.

I don’t know what the fuck Puckman is, nor what he is meant to resemble or represent. While he bears a passing resemblance to the simple reptiles of our world’s Carboniferous pre-human chaos, he’s not that. He’s not a thing, maybe not even a living thing. Those eyes are a crude and clumsy attempt to appear real, and the outer shapes of him are so vague and unformed that Puckman is more an idea than a being. He exists, or something like it, in the spaces between. Puckman was there when the world was formed, and he knows the sum of its eventual fate, and none of this evokes anything within him except the same stark certitude that has passed for his consciousness from day one: all space is finite, and all things existing within that space are edible.

My gut feeling is that the grid-like area to the left is just filler, a pattern, an abstract meant to imply occupied space. Puckman is chewing – nay, inhaling – the very reality of that space. The sound of his meal is that of vacuum silence; by way of quantum singularity, Puckman is digesting the very substance of time-space. The serrated plates of his turtle-like skull are merely a non-sequitur, for he needs to chew nothing.

Shit, I’ve got this all wrong. Maybe Puckman is laughing out a universe, his joy giving birth to the sublime poetry of matter and void. Maybe this is an unbridled act of primal creation. Once again heat death has been defeated, for the moment. Puckman has laid his threads upon the loom and stitched reality a little more breathing room in the inseam.

Either way, Puckman is impossibly gigantic and proves all human cultures completely wrong about God. And look at him. Just fucking look at him.

We’ve been thins way before, and we’ll probably come back here again. Every wise man and woman acknowledges that even chaos has patterns, cycles. It is the mind-stretching notion that governs the movement of bodies in the night sky, the labyrinthine vagaries of chance, and it’s the same reason I’ll probably see you back soon with another set of box art images and my own delusional ideas about them. Stay Retro!