CastleVania: Symphony of the Night (Konami, 1997)

Long time no see, RetroFiends. I had some surgery at the beginning of the month, and let's just say that limbs take a long time to attach once they're sewn back on (I'm full of shit, it was sinus surgery). In any case, it's good 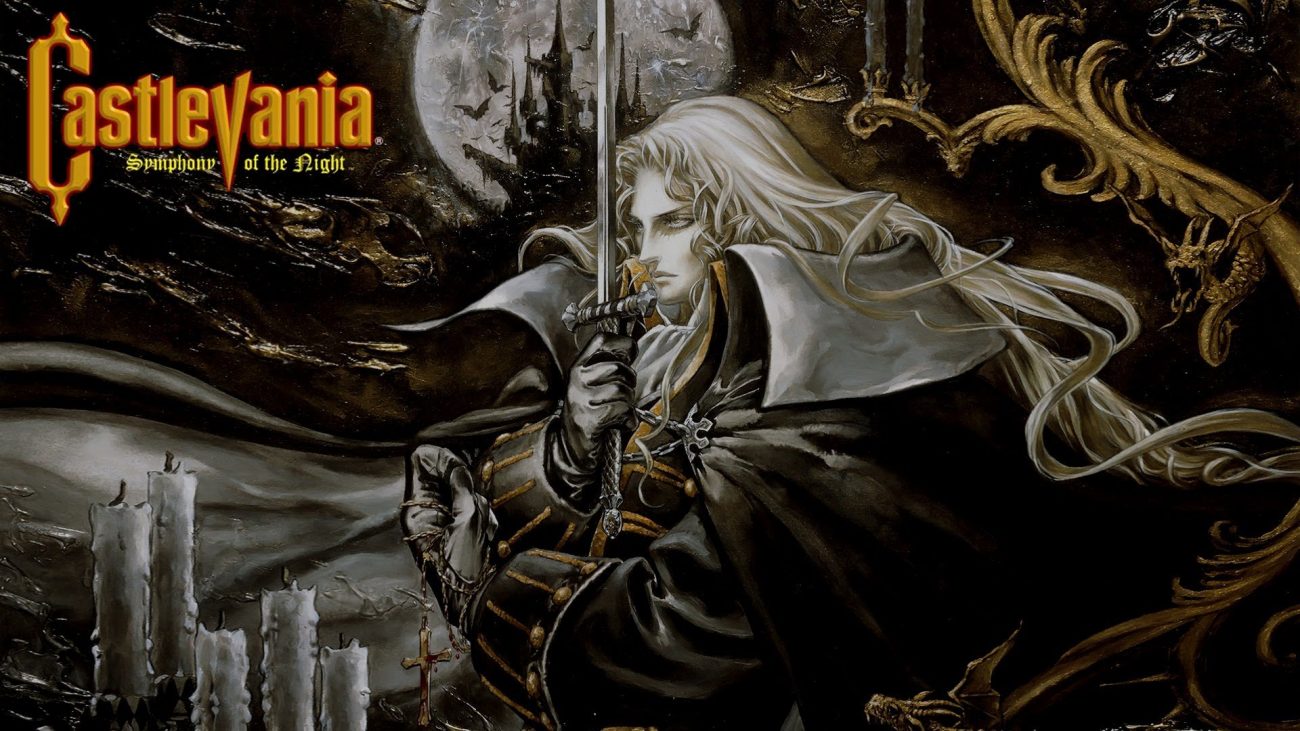 Long time no see, RetroFiends. I had some surgery at the beginning of the month, and let’s just say that limbs take a long time to attach once they’re sewn back on (I’m full of shit, it was sinus surgery). In any case, it’s good to be back. I hope you’re ready to to sit through another article… but every good little creep loves this one. The game I’m discussing tonight is among the golden children of early horror gaming, and it is also a title that went a long way towards popularizing a hybrid genre that’s become a staple in our gaming diet since: the “MetroidVania.” 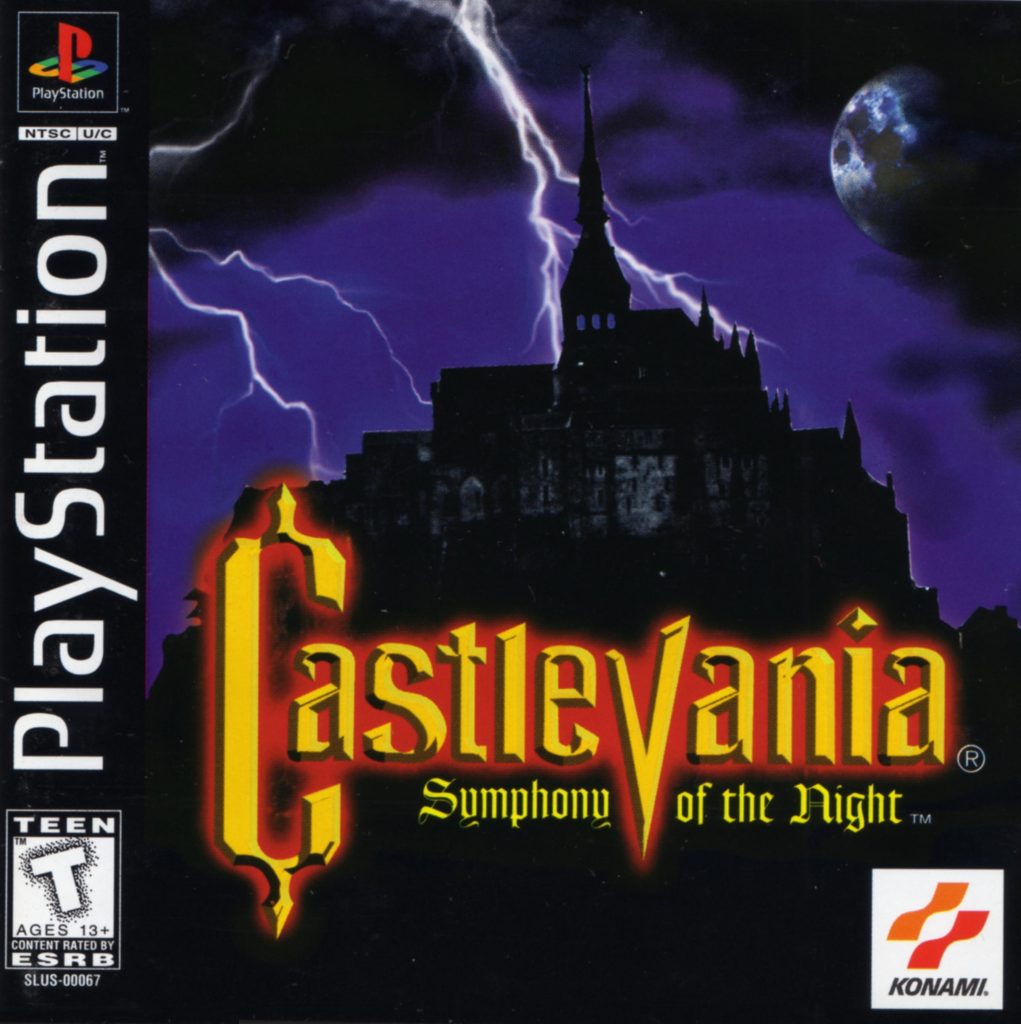 Back in the castle again, for probably the best game in the series to date.

I’m fucking JAZZED to be talking about CastleVania: Symphony of the Night. It is my favorite game (besides Mr. Driller) for the original PlayStation, and it is widely regarded as one of the best video games ever. It took the story of the CastleVania series and threw us a few curve balls with it; the result is a work of art that had a profound effect on action-adventure gaming as a product and as a style.

SOTN (as I’ll refer to it within this article) started its life as a game for the Sega 32X. Early in its development, it was picked up whole-cloth, moved to the “Holy Shit it’s the PlayStation” department of Konami R&D, and converted to high-test. The developers in charge of the project, Hagihara and Igarashi, Were involved with the franchise’s previous game, Dracula X/Rondo of Blood, and wanted to continue that storyline while adding some non-linear elements inspired by the critical reception of Simon’s Quest. The story picks up… well, one of the cool part is, you have to finish the final boss fight from Dracula X before you can even play SOTN. This you do as Richter Belmont, that game’s protagonist and probably the most badass Belmont in the family line. (You can also play as him in SOTN by entering his name as yours in in a game file.) After that, we fade in on Alucard, Dracula’s half-vampire son whose previous appearance was 8 years earlier in CastleVania III: Dracula’s Curse, anime-dashing towards his father’s decrepit castle, decked out in his finest gear. You smash around a little while looking for Daddy, instead encounter your dad’s homie Death, and (almost to draw attention to this game’s sick RPG-style inventory system) get all your cool shit ganked. The game proper-begins here, where you start exploring the castle in earnest, looking for weapons etc. to replace those you lost and trying to get your bearings. Before long you’re exploring the whole castle (including a separate version of it, connected to the first via teleport, that is entirely upside-down) and finding all kinds of cool shit to help you put down Dracula and his undying army of servants. Elaborate doors mark off areas where “boss fights” await you, and places to save your game and rest up are scatted throughout as well in the form of dark rooms containing coffins.

I hope you brought an economy size box of Band-Aids, Al.

Of course there are tons of gnarly monsters between you and, well, everything. Lavishly rendered versions of the standard CastleVania stock, as well as some out-there foes like living swords and man eating plants, will gladly help you lose some weight in hit points. A lot of them also have a chance to drop sweet goodies for you, from one-use items to fancy weapons and armor. You’ll also want to do a blood-bucket worth of killing anyway, just to level up. Yes, in another well-converted RPG mechanic, Alucard becomes more skilled and powerful as he clocks hours murdering his father’s crew ad infinitum. You not only get all kinds of weapons and armor as you scrounge around, but you can learn some of Dracula’s vampire tricks (mostly shape-changing), magical spells, and more. Alucard also has access to the same set of sub-weapons a Belmont normally does, except the boomerang seems conspicuously absent. Small potatoes. Who cares. This game is awesome.

The graphics for SOTN are absolutely delicious, most especially the background art for the castle’s various areas. The PlayStation allowed for then-unprecedented amounts of visual detail, and parallaxing background layers add to the depth of it all. All sprites are given rich animation and some of the bigger ones bear as much detail as the background art. And the sound? Well, here. Listen to the OST. You’ll want to keep doing it. I am right now. Michiru Yamane’s work on this game’s soundtrack belongs on a high pillar, easily some of the finest music in a Konami game ever. There is no shyness in terms of style-blending or variety, and it comes off like smooth vanilla. Not to mention, it is 100% CastleVania. 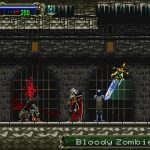 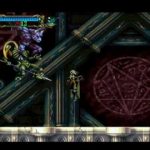 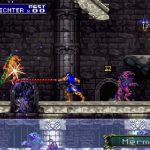 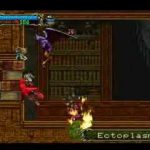 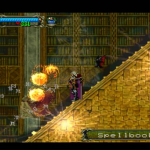 SOTN is another one of those games I’d be slandering if I didn’t give it a 9/10. Hell, it’s a game I’m struggling not to slap a 10 on. It’s simply a classic, like peanut butter & jelly or the baked potato. It needs no doctoring around with or serious weighing in the balance; it’s fucking gold the way it is and it helped to spawn a slew of games that mimic its layout and play style. There’s a reason for that: it’s a legendary game. If you own a PS1 and do not own this game for it, stop fucking around. Why do you have a PS1 Then?