Three games from 1990-92, examined in rapid succession by your friendly neighborhood "expert." In cultural terms, and in the narrower scope of console gaming, the early 1990s represented both change and stagnation. We can’t fault the entirety of this era, nor can we fully embrace it… the 1990s are what I often see as the awkward “teen years” of contemporary pop culture. There was an open, airy sense of freedom, but since different aspects of our world move at such varying paces, a great deal of ideas fell onto the scene half-baked or far too early… either “ahead of their time” or just “unbelievably fucking stupid.”

In this Grab Bag, I’m examining three of the console/arcade titles from this wild and woolly era, the soft-lens period of new Coke, MC Hammer, and the undaunted pursuit of something – anything – consumers would buy. “I saw a Kabuki Quantum Fighter drinking a piña colada at Trader Vic’s… and his hair was perfect.”

I’m about to tear this shit up, so if you’re one of the surprising number of people who like it, I apologize in advance if you find my opinion objectionable.

The premise is ridiculous, but that’s not even the bad part. You play as a 25-year-old colonel (yeah, you really moved and shook your way through the ranks I guess) who has uploaded his mind into a defense computer to defeat a malevolent program intent on destroying it. Apparently, computer code (in its pseudo-magical 1990s form) is able to sense your ancestry and bloodline, so the colonel spawns inside the system as a kabuki actor. “Just add what you think looks like computery stuff. Just… I don’t know, just type some shit. Slap the keyboard around. They’ll all be admiring his bangs anyway.”

Let’s leave that aspect of the game alone… it’ll be fine over there, and I don’t think it’ll hurt anybody. Odd premises are nothing new to Japanese-developed games. In fact, we’ve come to love them. I know I do.

What’s horrible are the controls and gameplay elements. My main gripe about this piece of shit is how they decided to combine awkward movement-based challenges with incredibly annoying enemy behavior. The game’s not hard in a way I can respect… it’s hard in a way that possibly communicates spite towards the consumer. Do you like jumping puzzles? You know, the kind that either require you to start all over from the beginning or just gravely injure you? You’ll encounter those regularly in Kabuki: Quantum Fighter, and lots of them will involve a brand of bullshit jungle gym that requires laser-precise control manipulation to do right. This would be fine if the overall controls weren’t staggering-drunk clumsy. I guess I should add that your crouching attack, which you’ll find yourself instinctively wanting to use, is about as useful as Air Duster to a man drowning in a river. Its reach is nil, its delay is ridiculous, and you WILL be hit by what you’re trying to hit. That will be the end result. Get used to that. Did you like the monkey bars when you were a kid? Do you also like doing things over and over because you screwed up the D-Pad timing by like 1 millisecond? Have I got the game for you. Buckle up, pardner.

I’m done being Mr. Shits about Kabuki: Quantum Fighter. Other than what I mention above, the game isn’t that bad. The graphics are really stylish and the audio is equally well-crafted. In the main, I’d say try this one out if you like hurting yourself but your insurance has stopped covering the incidents where you shake hands with red-hot curling irons. If it weren’t for all the colorful visuals, this game would actually be grim as fuck. I guess they thought they were doing us a favor.

Okay, here’s another bizarre premise, but it starts off with an all-too-familiar twist. You play as a young man whose girlfriend was kidnapped during… your murder. Fortunately, her dad “researches ghost energy,” so he’s given you a chance to rescue her and stop the mysterious criminal group who have taken her. You can do this by possessing the bodies of the living and using their abilities to fight your way to the hideout.

“This is my ghost smock, so I don’t get ghost-shit all over me. Don’t touch me.”

I’ll admit that I started off with a dubious feeling about this one, but damned if it isn’t easily one of the most underrated titles of the era. This is essentially an action platformer where you can pluck your character from among the array of enemies at will. You can play as gunmen, super-girls, floating mystics, and even dragon-men.

Avenging Spirit (called Phantasm in Japan, not to be confused with the cult horror film with the flying murder balls) packs a considerable challenge, but for once the gamer is given some genuinely formidable tools to tackle it with. There are areas in some stages where you need to be able to do a certain thing to bypass an obstacle or defeat a boss, and all you need to do is watch what your foes are doing… and borrow their bodies. A dragon-man is you. If you want it to be. The American and Japanese Game Boy box art. Needless to say, BIG difference in tone. They know how to sell to their audience.

Avenging Spirit is ahead of the curve with its multiple endings as well; there’s three keys in the game, and if you find all three, you can rescue the girl to get the good ending. If not, you have to fight the syndicate kingpin yourself and she dies when the hideout explodes. Why don’t you just get the good ending, huh, Boo Berry?

The game was originally developed and released for the arcade, but a Game Boy version was released as well, and it holds up like a champ as far as GB ports go. Very little is lost except the obvious hit to graphical depth.

Yeah. I snuck some D&D in here. You know I get away with that as often as possible.

Here’s the reason this is a notable game: 1992 was during the onset of TSR’s steep decline (TSR being the company that originally owned/published D&D products). In the mid 1990s, Random House and Wizards of the Coast (the current owners of the franchise) would both pick the hobby apart and raise it from near death, but 1992 was smack in the middle of a slew of intra-company problems for TSR that don’t fit into the scope of this article. Nonetheless, here we see one of the most playable attempts at translating D&D to an early-gen console. Perhaps it was SSI working alongside Westwood Studios (who had also churned out a pretty decent Nightmare on Elm Street game for computers) instead of on its own that made the difference. SSI had always met a certain standard of overall quality, but they had struggled before with porting their games from DOS, etc. to things like the NES. Perhaps it was because the Genesis kicks so much ass? That’s up for debate, and forgive me if I don’t dive into that blood-pool today. In the old school rules set, “elf,” “halfling,” etc. were their own character classes. As in, you weren’t an elf wizard, you were just an elf, and it was assumed that all elves were this weird hybrid of fighter and wizard. Halflings were just mostly useless. Not much has changed.

Warriors of the Eternal Sun is set in the Hollow World D&D setting, part of the “original” D&D setting known as Mystara. The game’s mechanic works closely off of the D&D “BECMI” pen-and-paper rule set, from combat to spells to exploring the wilderness. It’s not unusual for RPGs of this style to come off as dry or unapproachable, but the game handles well and is surprisingly accessible. Menus are easily navigable, fighting the monsters is exciting (although it is still frustrating when you party-wipe against lizard people or a dragon), and the graphics far outweigh previous attempts at this formula by the parties involved. Sound and music are very good too, but nothing in that department is truly out-of-this-world.

In closing, I realize this article doesn’t even begin to cover everything from the early 90s that deserves to be covered, and I may in fact revisit this in a future Grab Bag or other article. Until then, pop in that New Kids on the Block CD and make sure you put your shoulder pads in. 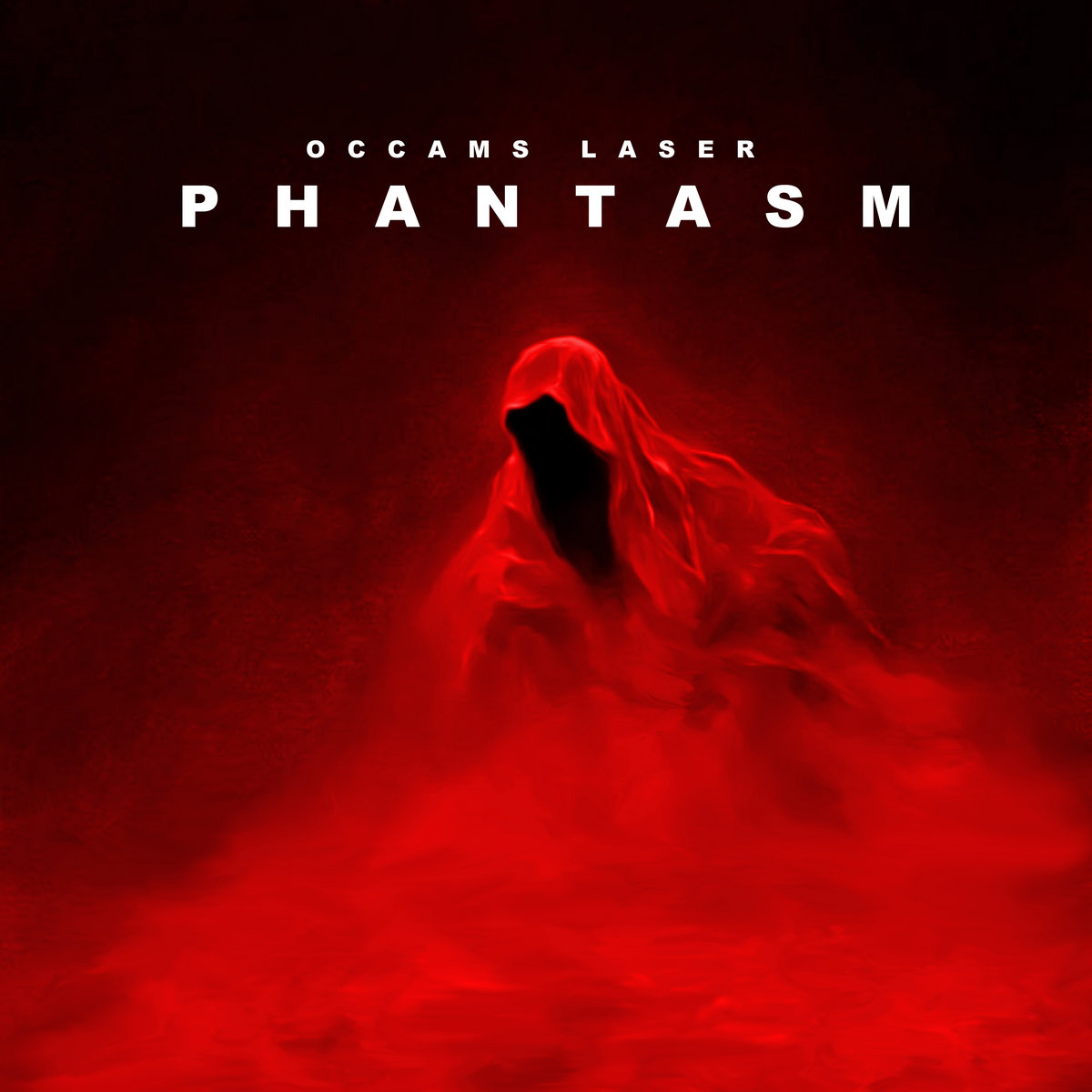