This movie is painfully entertaining. The basic formula for cheesy 90’s cinema; if you didn’t see it in a matinee then you probably rented it from the local video store. Schlocky leftover clichés from the previous decade: firearms that sound like explosions, urban cowboy boots, duster

This movie is painfully entertaining. 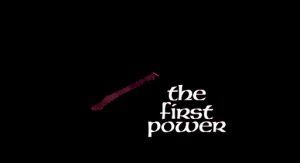 The basic formula for cheesy 90’s cinema; if you didn’t see it in a matinee then you probably rented it from the local video store. Schlocky leftover clichés from the previous decade: firearms that sound like explosions, urban cowboy boots, duster jackets, and of course another film that warns you not to electrocute serial killers or else they’ll come back from the dead and keep killing.

Yes, just like House 3: the Horror Show, Shocker and Ghost in the Machine (1993), a homicidal maniac is resurrected into the world to reap havoc and kill, kill, kill. 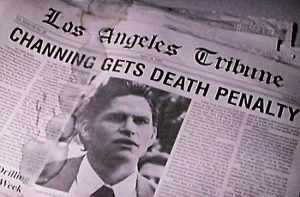 The First Power is a 1990 American neo-noir horror film written and directed by Robert Resnikoff, and starring Lou Diamond Phillips, Tracy Griffith, Jeff Kober and Mykelti Williamson. The film received mostly negative reviews, but was a financial success just like a lot of horror movies of the era.

The film begins with LAPD on the manhunt for a serial killer (Jeff Kober). Mykelti Williamson (Forrest Gump, HEAT) and badass Filipino Detective (Lou Diamond Phillips) go to the borderline of law & order to catch the killer. After a near death confrontation with the “Pentagram killer” Lou Diamond Phillips character, Detective Russell Logan, manages to apprehend the killer with the help of an anonymous tip. But, that anonymous tip came with a price – “No death penalty”, a promise that Det. Logan breaks when the Pentagram Killer is sentenced in court. “Shaklack, klack” and the verdict is given. The killer enters the chamber and he is gassed to death in the presence of the arresting officers and officials. Tormented by a feverish nightmare of the killer breaking his restraints and stabbing him, Detective Logan awakens and is relieved that the nightmare is over. However, after a few more daymares he suspects something is wrong.

Tracking down his anonymous informant to a lavish house in the hills; home to a popular online psychic played by Tracy Griffith. How that works in 1990? I have no idea. Is she using search tools, such as ARCHIE, Gopher, or WAIS? I don’t know.  Her site looks like DOS. Regardless, another body is found. One of the officers involved in the arrest of the Pentagram killer is found murdered in one of the gang hideouts from Police Academy 2: the first assignment. Looks like another Pentagram murder or possibly a copycat.

When confronting Tracy Griffith about the copycat. She is angered by the Detectives ignorance and chastises him about breaking his promise.

What follows is an absurd, neo-noir horror thriller that is entertaining to say the most. On the surface, this very similar to the film Fallen starring Denzel Washington. The killer jumps from body to body and rooftop to street level, with the grace of Spider-Man in some parts.
Other parts are pretty cool: such as using the ceiling fan as a blender gimmick.

I present to you – THE FIRST POWER (1990). Stay safe. Stay sanctified. Get smart. Get lost and Get Free. The writings on the wall. Keep your finger on that REWIND button.