This Month In Retro is a monthly article where we look back on the current month as it happened during the 1980's.  Learn, reminisce, and stay retro. In film: The Elephant Man premiered to tremendous success, both critically and commercially. As far as David Lynch films go, 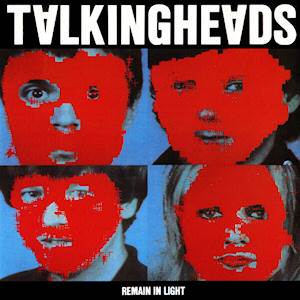 The Elephant Man premiered to tremendous success, both critically and commercially. As far as David Lynch films go, this is the least Lynchian. It’s still an excellent film that Lynch detractors even tend to like. It stars John Hurt and tells the story of Joseph Merrick (named John in the film), a freak show attraction with a deformed body. The cruelty of the average person he encounters is absolutely heartbreaking.

Fade to Black was also released in October of 1980.  This is a film that is underappreciated and overlooked. The protagonist is a disturbed young man with an obsession with cinema. He spends every spare moment at the movie theater or watching films in his bedroom. He idolizes the characters he sees and incorporates their phrases and mannerisms into his own life. This gradually pushes into some pretty transgressive territory as he drinks the blood of a dead prostitute (because Dracula) and kills a man while in a noir gangster costume (because White Heat).

It’s like Guy Debord and Jean Beaudrillard saw Scream and decided to have a baby.

October of 1980 saw the release of two really incredible (though in many ways opposite) albums, Remain in Light by Talking Heads and The River by Bruce Springsteen. The latter shows the Boss refining his craft and tackling the sort of themes found in previous albums with more maturity. The music on The River reflects a greater pop sensibility, slightly departing from the darker mood of the aptly titled Darkness on the Edge of Town. The double LP manages to consistently deliver well-written songs, with some standouts being the beautiful title track and “Hungry Heart”, a song Springsteen had originally written for the Ramones. Remain in Light is noteworthy for the risks it took and the success with which it landed its ambition. It frequently appears on best of lists for both the 1980’s and all time.  The composition and production of the album is pretty unique, which is to be expected with the eccentric kind of genius that accompanies both David Byrne and Brian Eno. The instrumentals were based on loops and samples, which is fairly redundant at this point. A lot of genres are built on that principle, but in 1980 we didn’t have FL Studio, Reason, or i7 processors. This was groundbreaking.

Aerosmith also released a greatest hits album in 1980. Try not to think about that too much.

Billboard #1 Song of September 1980: “Another One Bites the Dust” by Queen

Lex Luthor fell in love with a woman named Angela Blake who briefly made him turn good. Kudos to DC for including a bald-headed woman. These retrospectives are realing making me question Lex Luthor’s dedication to evildoing. They got married, but then it wound up being a plan somehow to get Superman. Pre-Crisis DC doesn’t always make sense. Reid Fleming: World’s Toughest Milkman was self-published by David Boswell. It was later picked up by major distributors. The first volume has never gone out of print and has become a cult hit. The series is bizarre and playful, taking full advantage of comic book hysterics to tremendous effect.