The album of the summer is here! Hotel Pools' 4th full-length album "Palmscapes" just dropped a couple of hours ago via Stratford Ct. Perhaps the best work from Hotel Pools yet, I'm pleased to report that "Palmscapes" is absolutely white-hot chilled-out fire! Hailing from Portland, Hotel 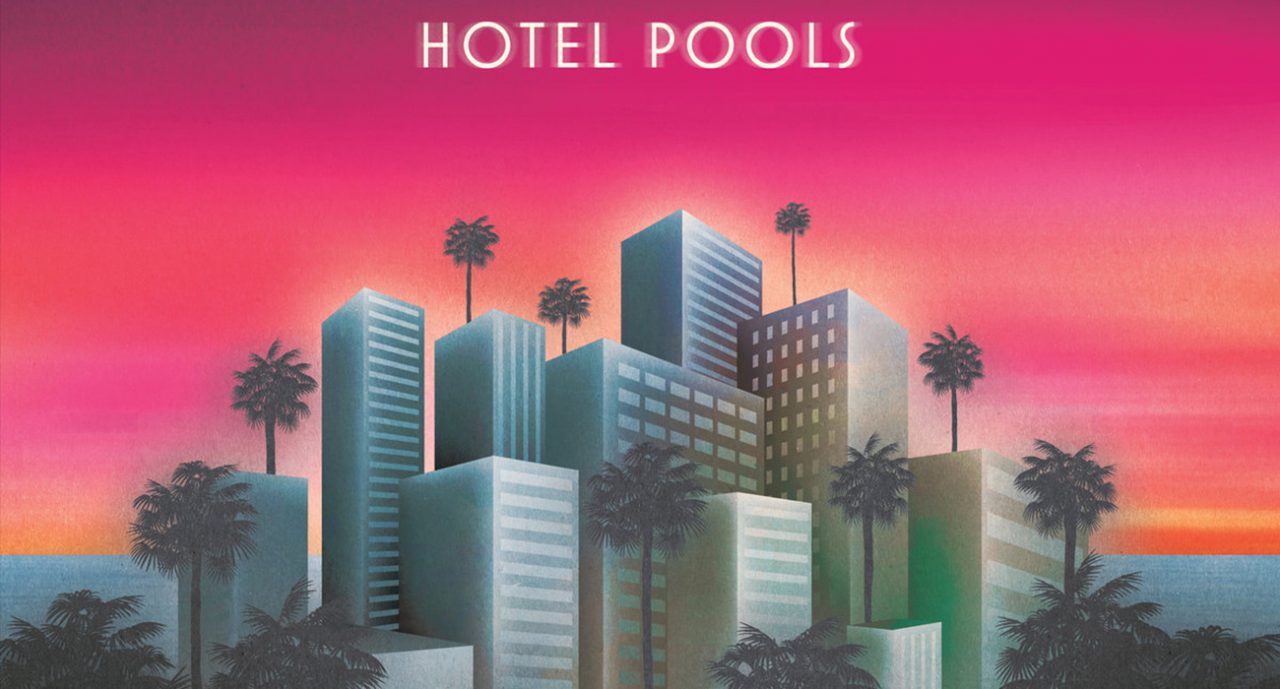 The album of the summer is here! Hotel Pools’ 4th full-length album “Palmscapes” just dropped a couple of hours ago via Stratford Ct. Perhaps the best work from Hotel Pools yet, I’m pleased to report that “Palmscapes” is absolutely white-hot chilled-out fire!

Hailing from Portland, Hotel Pools is a vanguard of the burgeoning chillsynth scene. Astounding from the very first release, each album has built upon the last, innovating the growing chillsynth sound not just Hotel Pools, but for the new synthwave subgenre as a whole. Hotel Pools sound also contains elements of vaporwave and synthwave too, making for a beautiful mix of genres that bled together perfectly.

That first release, “Fall 18,” is a hazy masterpiece in its own right. Soon after 2018’s “Fall 18” came 2019’s “Constant,” and 2020’s “Still.” It’s frankly rare to hear an artist drop something so refined for their first album, so the ability to continually cultivate and expand upon that original sound is particularly impressive. Hotel Pools has done just that, with the more cohesive, lush, and melodically interesting sounds of “Constant” quickly growing a cult following.  “Still” propelled the already pristine Hotel Pools sound into new territories with a much more clear and refined production style – and even brought Hotel Pools into our Top 10 Retrowave Albums of 2020.

“Palmscapes” itself is the culmination of Hotel Pools’ growth. The melodies are instantly absorbing, wrapping around you like waves on a shoreline, pulling you deeper into an ocean of chillsynth bliss. The production is much crisper than the early Hotel Pools releases, but still somehow manages to retain their overall hazy effect, making “Palmscapes” sound like a  memory feels. We also hear an increased emphasis on percussion, with the beats of tracks like “Oceanside” and “Nowtro” taking a more complex and interesting approach reminiscent of Com Truise’s work. The overall effect is the creation of a cinematic soundscape that perfectly compliments and elevates the already astounding Hotel Pools sound to new extraordinary heights.

Topping off the whole experience are some really amazing collabs from other chillsynth and vaporwave headliners like Krosia, VIQ, Forhill, Upsen, Echosoft, and Decisive Koala, as well as some fantastic artwork from Andrew Walker (@designsince86.) They’re all fantastic artist in their own right, and you should really go listen to them too!

At the time of this writing, “Palmscapes” is mostly sold out in physical media – something we’ve come to expect from Hotel Pools releases. However, there are still a few physicals left, so go grab them here before they cost a hundred dollars on Discogs! 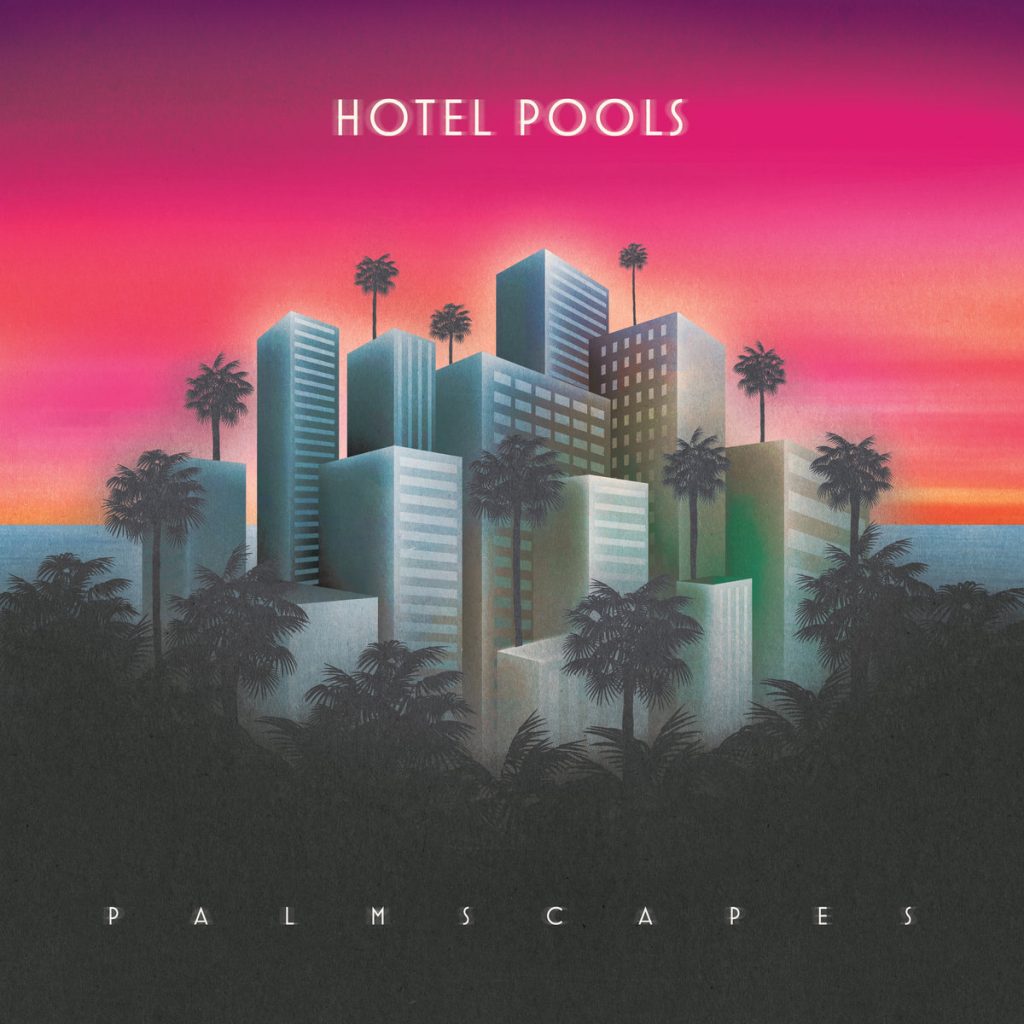