10. Fallen World (Valiant Comics) It doesn’t take long into one’s journey through the criminally underappreciated Valiant universe to notice the parallels between Rai, the mainstay of Valiant’s future timeline, and Bloodshot, the popular character with an upcoming feature length-film. Fallen World could have been a 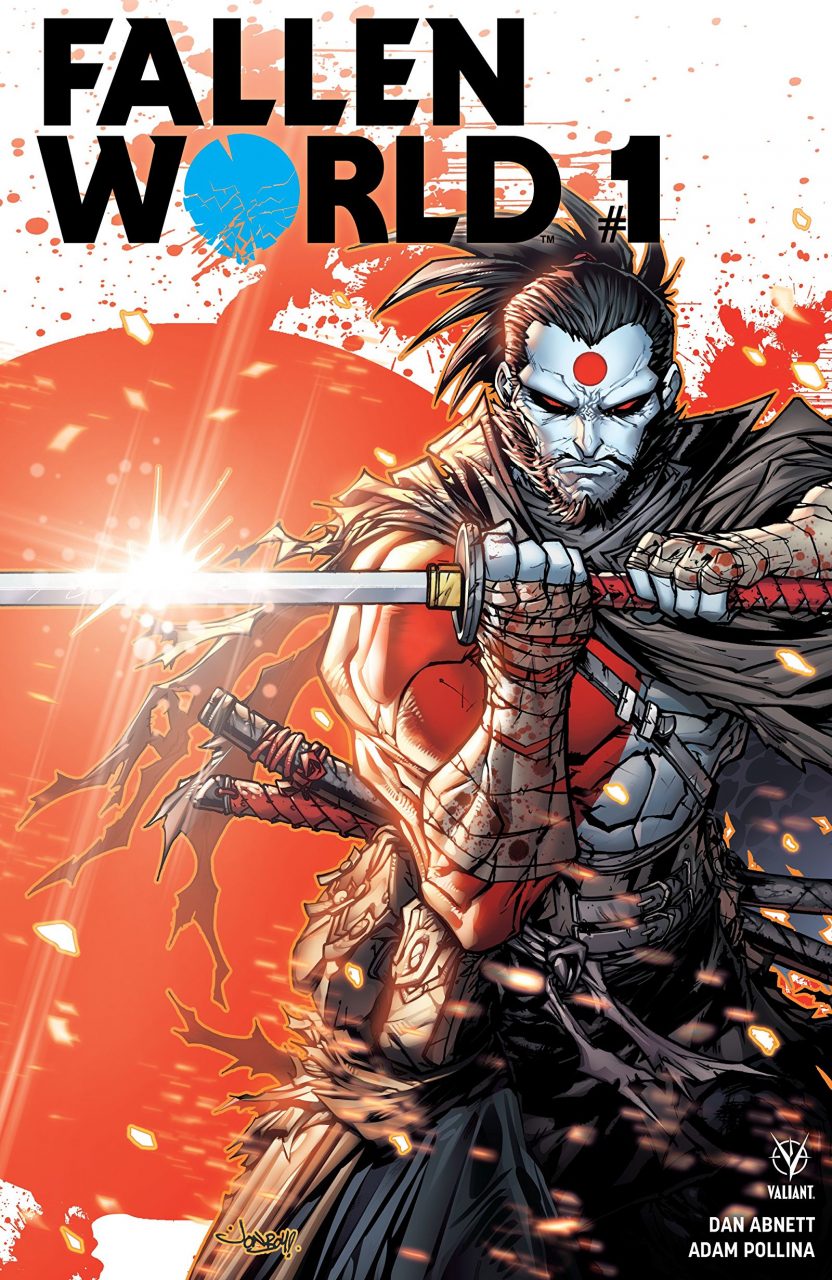 It doesn’t take long into one’s journey through the criminally underappreciated Valiant universe to notice the parallels between Rai, the mainstay of Valiant’s future timeline, and Bloodshot, the popular character with an upcoming feature length-film. Fallen World could have been a simple conflict story between the two characters, but the way that it weaves in characters like the Geomancer and War Mother, and the delicate attention that writer Dan Abnett gives to the world of the story elevates it significantly. 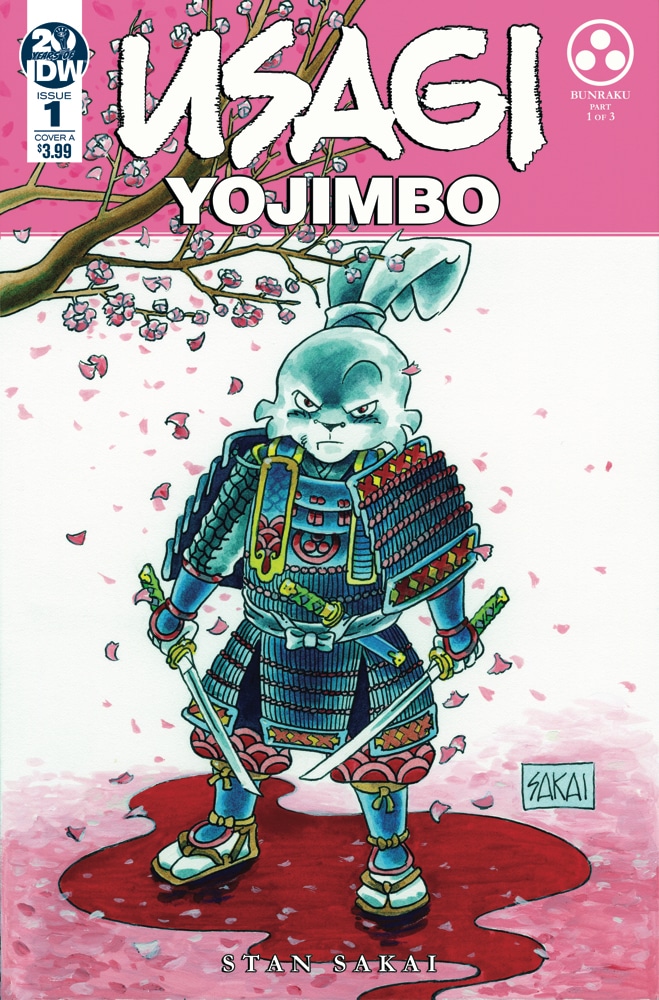 If you listen to the NewRetroWave comic book podcast, you know that the IDW relaunch of Stan Sakai’s longrunning series is a monthly favorite. It knows exactly what it wants to be and executes its stories well along those lines. It may not always have the loftiest ambitions in terms of art or storytelling, but at the end of the day being able to tell a compelling story with a compelling lead for over two decades is a greater ambition than most books and creators can hope for. The relaunch has been one of the most consistent and entertaining books of the year. 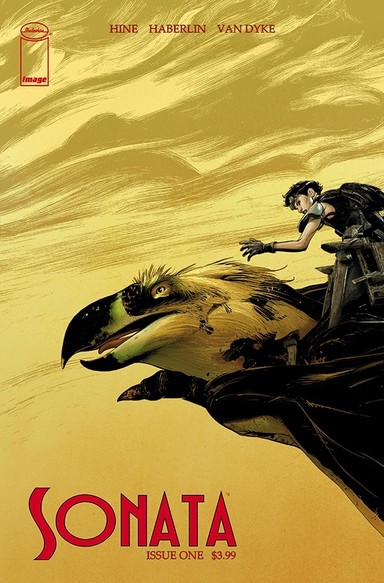 When I read Monstress for the first time I was overwhelmed by the world within its pages in a way that I hadn’t by other comics before. The first comic to captivate me with its world since has been Image Comics’ Sonata. While this comic could have sat comfortably on the creativity of its world and the strength in the art depicting that world, it ramped up significantly by making a level of intrigue between its characters that each issue has been hard to put down. 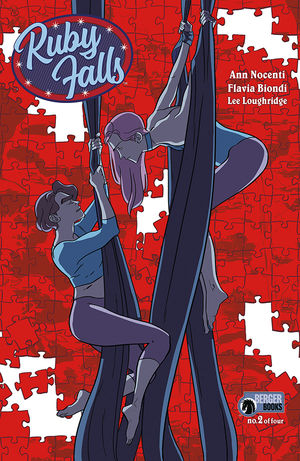 Another title that shouldn’t be a surprise to NRW Comic Podcast listeners. Series writer Ann Nocenti shows her considerable skill at both characterization and strong thematic storytelling in equal measure with this mini-series. All of the characters in this story are memorable and likable, but Lana is one of the most relatable protagonists of 2019. She manages to have obvious and apparant flaws that the readers are usually able to find in some measure within themselves, and to see her attempt to solve the mystery of a decades-old murder in a town that seems stuck in the past makes for some great reading.

If there was ever a time to strike while the iron is hot for Archie Comics, and for the Archie Horror imprint in particular, its 2019. With outstanding art and a killer story from Cullen Bunn, Blossoms 666 delivered up devilish fun in 2019 with its story of Jason and Cheryl (and even a mystery third Blossom heir) and their quests to become Riverdale’s own Anti-Christ. The Archie Horror imprint has some of the best comics of the past decade at their helm, and Blossoms 666 is right at home. 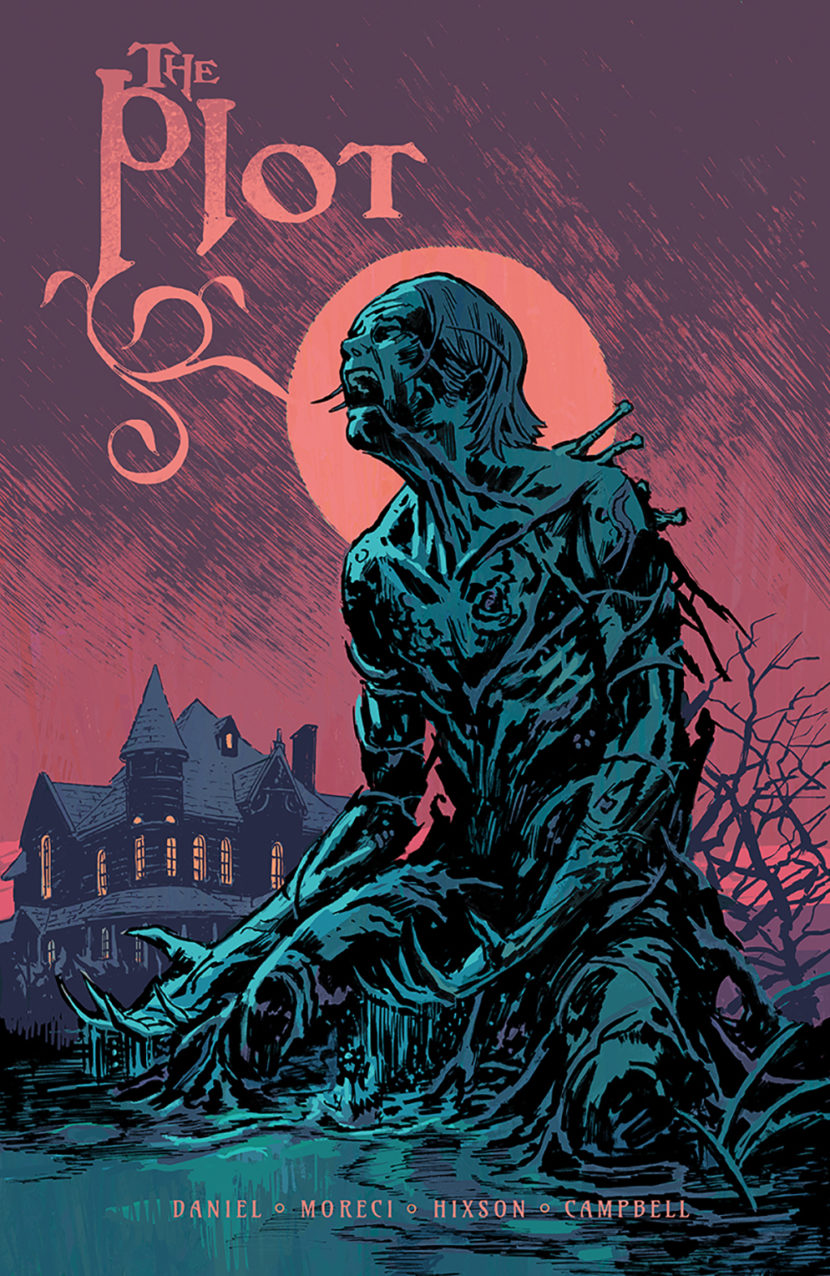 Oh look, another book raved about on NRW’s Comic Book Podcast. (Please listen to it) The Plot managed to be not just the best book from a publisher who drastically has delivered quality titles for the past two years, but one of the five best books of the year. Its gothic sensibilities married to its 70;s horror aesthetic makes this easily the most atmospheric book of the year. It might be wrapping up it’s initial run now, but this is going to be the kind of trade paperback that people who don’t typically like comics are going to love. 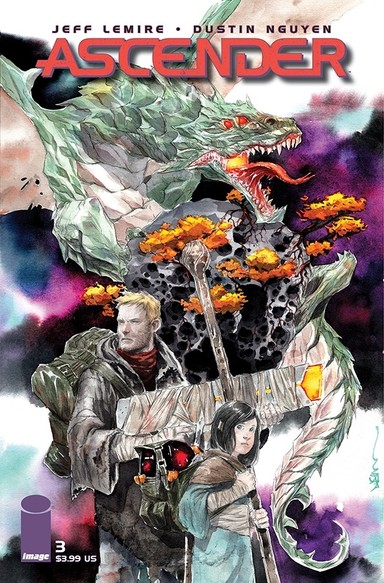 The Jeff Lemire-written and Dustin Nguyen-drawn series Descender was consistently one of the best books on shelves during its 32 issue run starting in 2015. How could the team follow such a beloved, original, and stylish sci-fi series? By bringing several of the series’ beloved characters into an equally original and stylish sequel, but one which shifts genres toward fantasy. The results are compelling in a way that few books are, and the unique identity between the original and sequel manage to be significant while not feeling wholly disjointed. 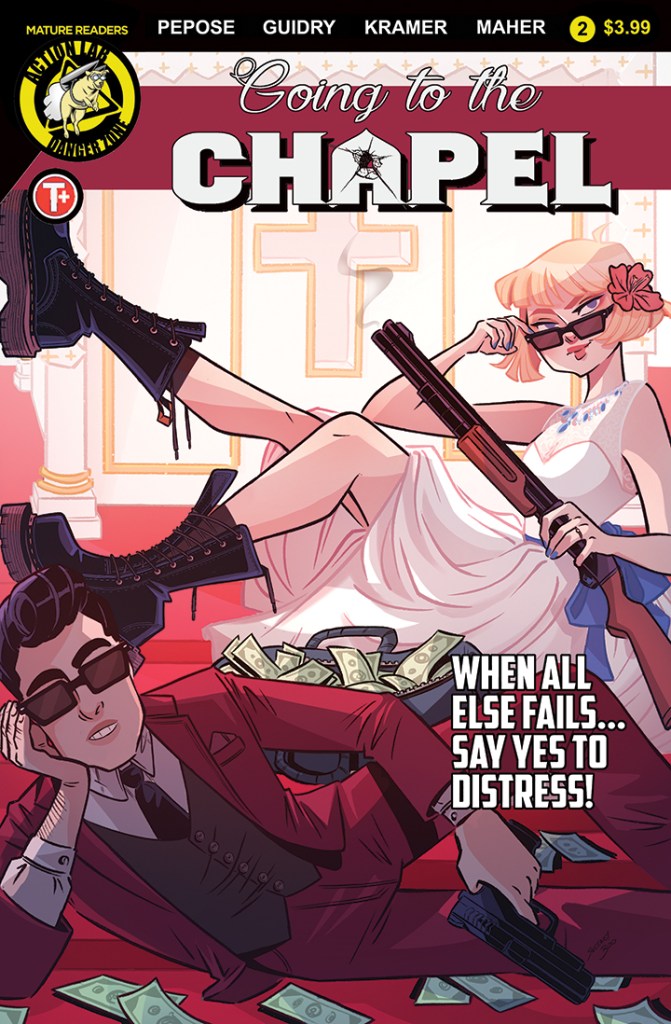 Another favorite here at NRW. As you could tell from our review of the debut issue, this comic started with a bang. If you listened to the recent NRW Comic Podcast interview with Going to the Chapel writer David Pepose, then you know that the series has maintained that level of energy and has spent four issues endearing readers to its robust cast of characters. Balancing something as intense as a hostage situation with jokes and levity is no easy task, but Pepose and the art team of artist Gavin Guidry and colorist Elizabeth Kramer deliver. 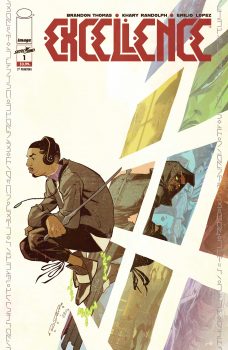 Has there ever been a book so perfectly titled? Writer Brandon Thomas and artist Khary Randolph deliver a world that is as fascinating as it is thematically rich. Main character Spencer Dale navigates a world where he experiences pressures from his society and his family, and his conflicts in this world get heightened with artist Khary Randolph’s incredibly fluid and stylish panels. Colorist Emilio Lopez rounds out the team and makes this book one of the most can’t-miss titles of 2019, and of all the titles on this list, this is the one that feels most likely to jump to other mediums. 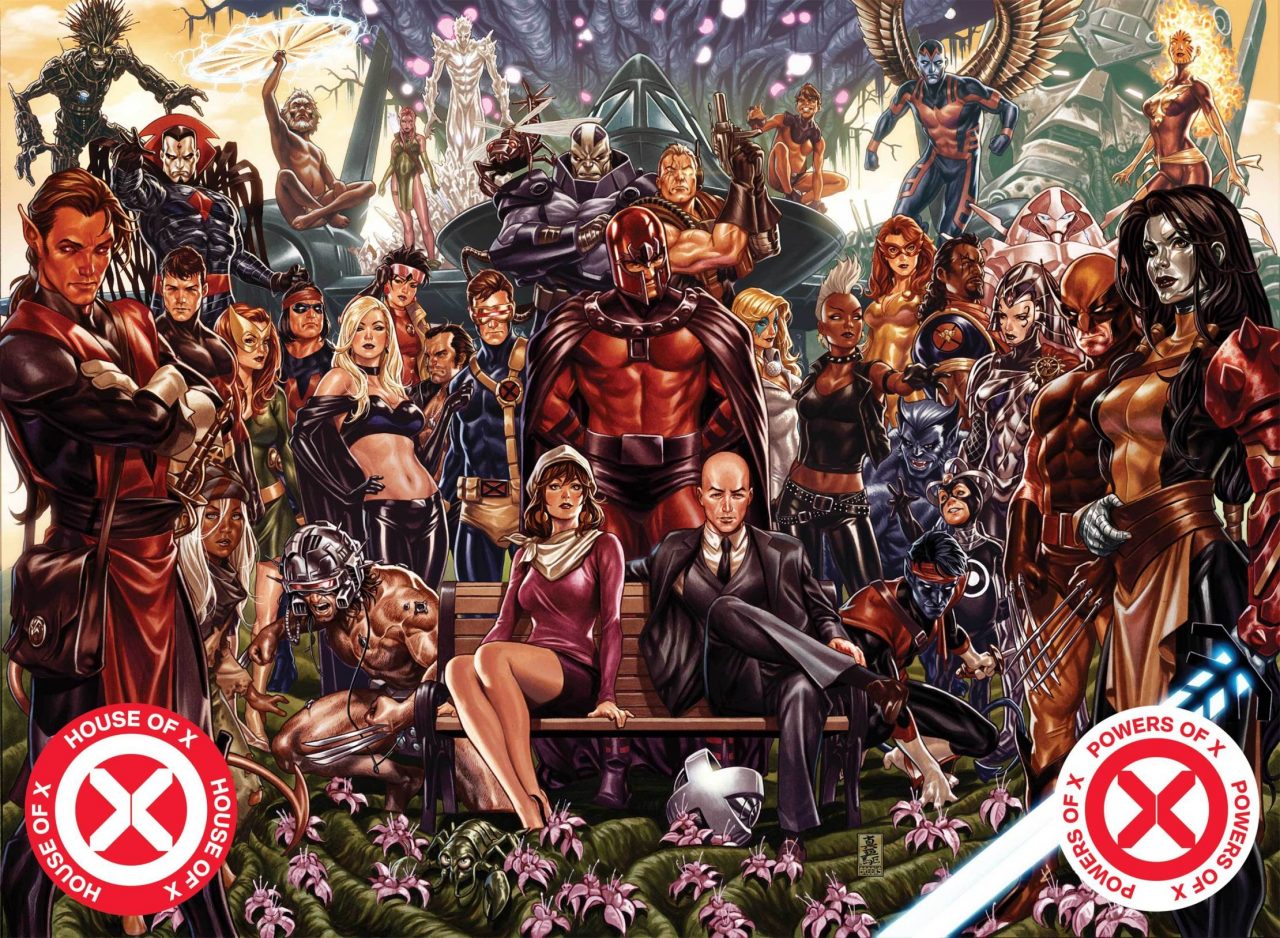 For a publisher that’s pretty egregious with their use of large-scale events, House of X and Powers of X is the first time in my life as a reader that a comic story has lived up to the name ‘event’. There really is no writer better suited to injecting the X line up with new energy and new ideas than Jonathan Hickman, and this two-as-one series showed exactly why. These books were electric with an energy rarely found, and following each book was the mountain of discourse from the rabid X-fan community who seemed to finally all agree that something huge was here for their favorite heroes. Whether Hickman’s relaunch lives up to this hype remains to be seen, but HoXPoX is some of the best that this medium can produce.