Many of think of MF DOOM as the first man to don a mask and make an impact in HipHop but, that isn’t the case. Doom may have been the illest ‘Supervillain‘, and one of the greatest HipHop artists of all time, he wasn’t the first. That title may rest on the crown of Rammellzee.

As much of an iconoclast as he was a contributor to the culture of HipHop, Rammellzee started as a graffiti writer in the late 1970’s writing on the A trains but, became associated with the wild style writers of the East Village; using near illegible lettering, inspired by the gothic script of Medieval manuscripts. Running around NYC with the likes of Jean Michel Basquiat, Lee Quiñones, DONDI, OU3, doctor REVOLT, INK 76,  and others. He was a contributing factor in making what’s considered the most valuable (collectible) HipHop album of all time – “Beat Bop” with K-Rob and a cover by Basquiat. Beat Bop was featured in the graffiti documentary STYLE WARS. He would eventually record more albums and collaborate with Bill Laswell and William S. Burroughs.

His signature style was Gothic Futurism. Gothic Futurism was his own brand and the embodiment of his art. Gothic Futurism summarized as the conflict between the symbolism of letters against the structures of the alphabet and mundane conceptions of language. He would perform wearing self-made masks either as himself or other characters representing the mathematical equation that is his name. When his graffiti style became more mainstream, he morphed the language by making the letter more mechanized, cybernetic, militarized with a new style he called , “Iconoclastic Panzer”. He unlike Churchill had visually weaponized the English language. Letter Racers was another version of “Iconoclast Panzer” where each letter was locked in a galactic battle against one another.

Rammellzee’s description of the Letter Racers is as follows:

“Humans…in the 14th Century the monks ornamented and illustrated the manuscripts of letters. In the 21st and 22nd century the letters of the alphabet through competition are now armamented for letter racing and galactic battles. This was made possible by a secret equation known as THE RAMM:ELL:ZEE.”

Rammellzee is celebrated in Big Audio Dynamite’s song, ‘Come On Every Beat Box’. In 2010 Buckethead released a tribute song called, ‘Rammellzee: Hero of the Abyss’. March 2021, DJ MUGGS (Cypress Hill) and Queens rapper FLEE LORD named their collaboration album after Rammellzee; who is a major influence on the album and features clips and footage of him in their long music video for the record on Muggs Soul Assassins youtube page.

Rammellzee has shown in galleries throughout New York City and Europe. His work is in the collection of the Museum of Modern Art, New York. His live/work loft studio space on 46 Laight Street in the TriBeCa neighborhood, which he shared with his wife Carmela, was named Battlestation. It was a frequented by artists and art enthusiasts looking to absorb the energy of his costumes and artwork.  After 9/11, the building was sold in order to build luxury condos and this forced Rammellzzee and Carmela to move to a smaller place in Battery Park City, and relocate his 20 years worth of artwork into a storage unit. Some of this stored work was included in the 2011 art exhibition, Art in the Streets at Museum of Contemporary Art Los Angeles. In May 2018, Red Bull Arts New York opened its exhibition RAMMΣLLZΣΣ: Racing for Thunder, billed in its press release as “the largest survey to date of one of the most influential yet overlooked artists of the 20th century.”

Rammellzee was married to Carmela Zagari Rammellzee. He died in New York City on June 28, 2010, at the age of 49, having suffered from the exposure to glue, paint fumes, resin and other toxins through his work and from liver problems. The official cause of death was listed as heart disease 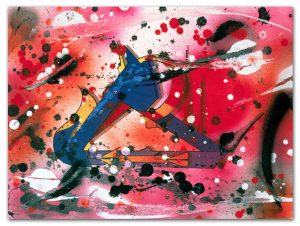 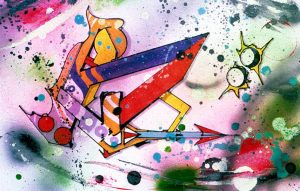 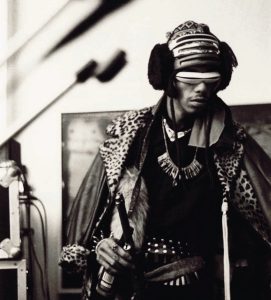 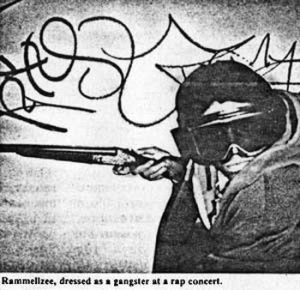 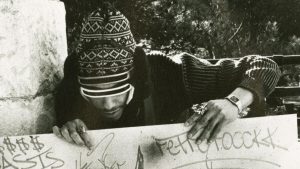 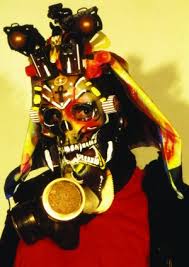