December. A year and a decade are turning over, and the pocket protector collective here at NRW like to take this time to reflect upon the past year's events, moments, and memories. You know what we like even more than that? Making top ten lists,

December. A year and a decade are turning over, and the pocket protector collective here at NRW like to take this time to reflect upon the past year’s events, moments, and memories. You know what we like even more than that? Making top ten lists, like we do every year! As usual, I’ve been taken out of nerd cryo-storage and revivified on a probationary basis in order to write this year’s top ten list of retro-themed video game releases. Continuing a strong trend that has persisted for the better part of the last decade, retro-inspired themes and oldschool aesthetics are prominent among 2019’s top-selling and best-reviewed titles. Many of the following titles are available for PC and Switch, which goes to show you that mainstream and indie gamers alike have a taste for retro.

This is, at its most basic level of comparison, a high-quality Castlevania clone. It has only recently come out, and has yet to receive a flood of attention on Steam, but I felt it bore mention due to the buzz it has created on YouTube among fans of this type of platformer. D1896 isn’t just a game. It’s art, it’s inspired by art, and it’s gorgeous. D1896 claims to be directly inspired by Georges Méliès’s early silent film Le Manoir du diable (House of the Devil), considered by many to be the first horror film despite its comedic overtones. (It’s 3 minutes long, get some culture, here.) The game is a rich yet minimalistic platformer with most of the bells and whistles of the expected matroidvania stripped away; D1896 is simple, challenging (fucking HARD, actually), and eerily engrossing. Everything is represented in ephemeral black and white, yet there is no lack of detail or texture to the game elements. Couple this with a masterfully claustrophobic piano (and piano only) soundtrack, and you’ve got a game so enchanting and macabre that it will hold you spellbound. It is, as I said, incredibly difficult, however. You’ll die a lot and the bosses are exercises in the developers’ sadism. 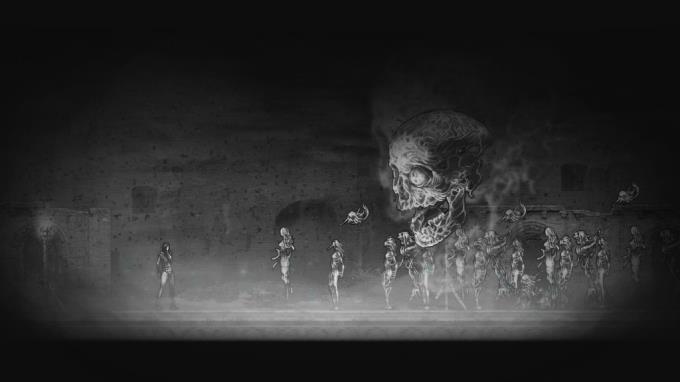 There’s a true spiritual successor to Naxat’s classic series of virtual pinball games. It’s every bit as gnarly, gruesome, and action-packed as its forebears, and features a driving bit-crushed musical soundtrack along with some killer sound and sleek visuals. Still in early release, This game looks more than capable of living up to its legacy. It maintains the occult vibes of Devil’s Crush, but has its own dash of flash in the form of its neon-and-darkness motif and old-meets-new aesthetic. Plus it’s a ball to play. Yes, I made a terrible pun on purpose. Flay me alive, please. 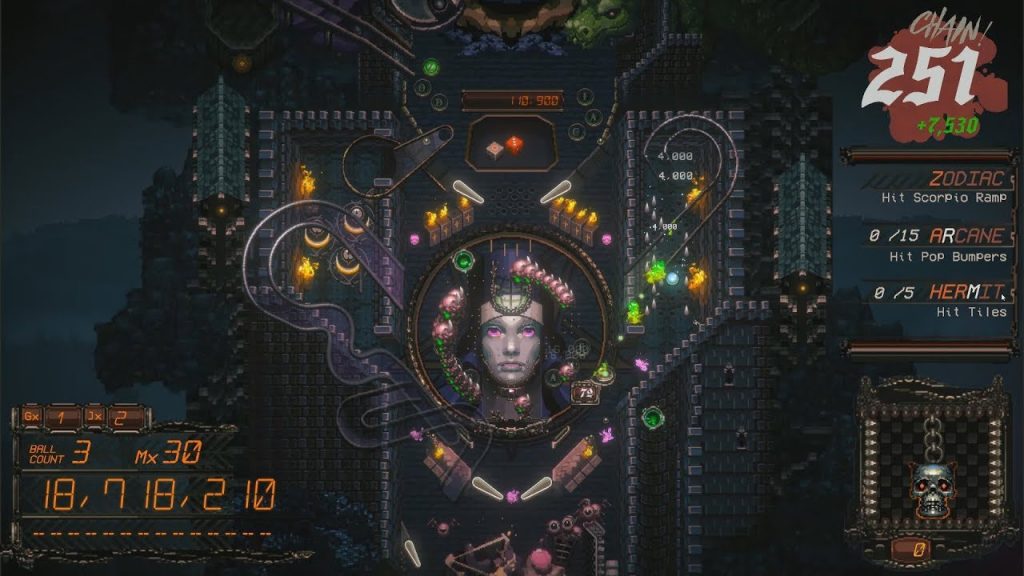 This is exactly what it fucking sounds like, and it’s awesome. This beat em up is a spin off of the Kunio-kun franchise, which gave us River City Ransom, one of classic gaming’s most memorable and engaging punch-and-kick titles. This time, it’s the ladies stepping up to the plate to save their hapless boyfriends from mysterious kidnappers. The story plays out alongside the action in an elegant waltz punctuated by the impacts of fists on faces, as Misako and Kyoko beat the shit out of whoever crosses them while exploring River City for their beaus and the kidnappers who unknowingly signed their own death warrants. The art style and soundtrack are a new take on the original theme, and they both play a role in making this game a knockout. River City Girls is every bit the solid beat em up River City Ransom was, with a dash of the modern for flavor. And girl power! 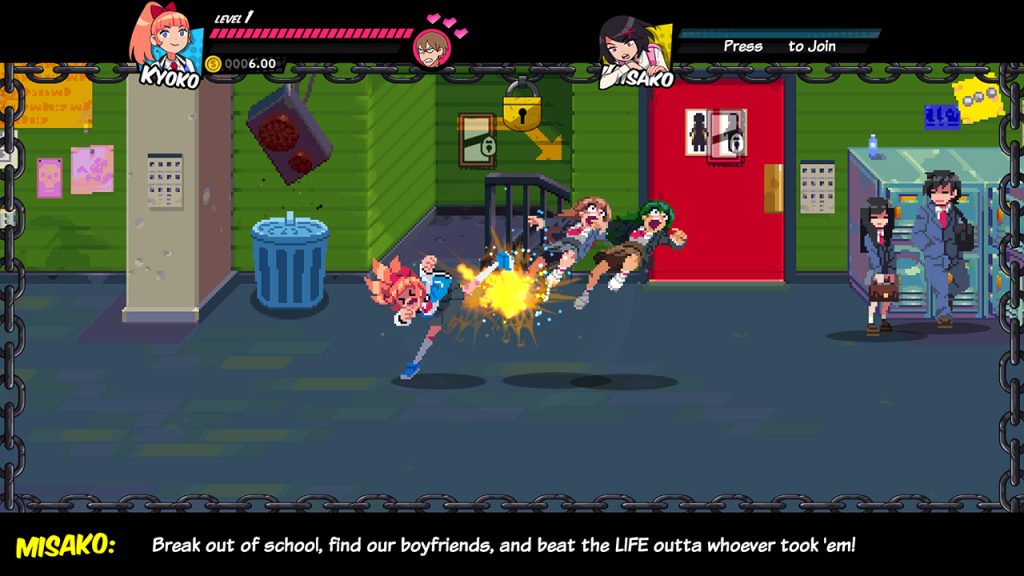 Katana Zero is dripping with neon-noir style, an action-adventure game that immerses and amazes. You play as a sword-wielding assassin whose psychiatrist gives him drugs that allow him to do bullet-time and see the future. The game has a rich story worth paying attention to, a narrative that gradually unravels a mystery within the absurd yet dire game world. Work began on it in 2016, but it has officially been released this year to very favorable criticism. This game is beautiful, uncompromising, and fun just to watch, let alone play. 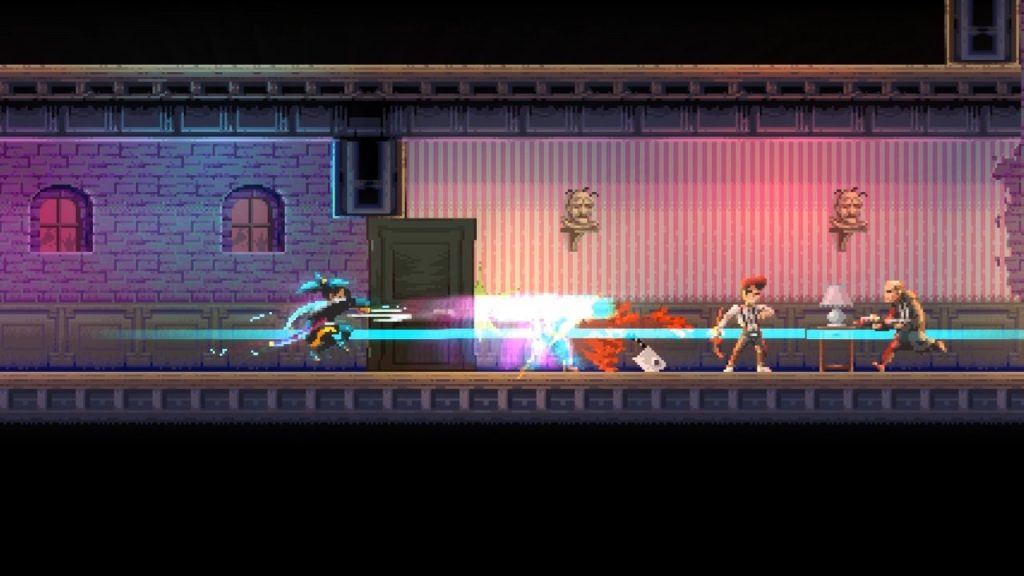 A dark fantasy FPS built using the Unreal engine, Amid Evil is another game that took the baton and ran with it in 2019. An homage to classic FPS like Heretic and Hexen, gameplay is nonlinear and requires you to both explore and kick ass. You play as an anonymous “Champion” called upon to cleanse the lands by defeating a mysterious “Evil Force.” What the game lacks in storytelling depth it more than makes up for in terms of gameplay. In both the regular game and Survival Mode, you must face off against a variety of terrible otherworldly creatures and wield an array of strange weapons. Level design is high-caliber and the nonlinear gameplay adds layered challenges to your quest. Amid Evil is worth taking a harder look at if you haven’t already. 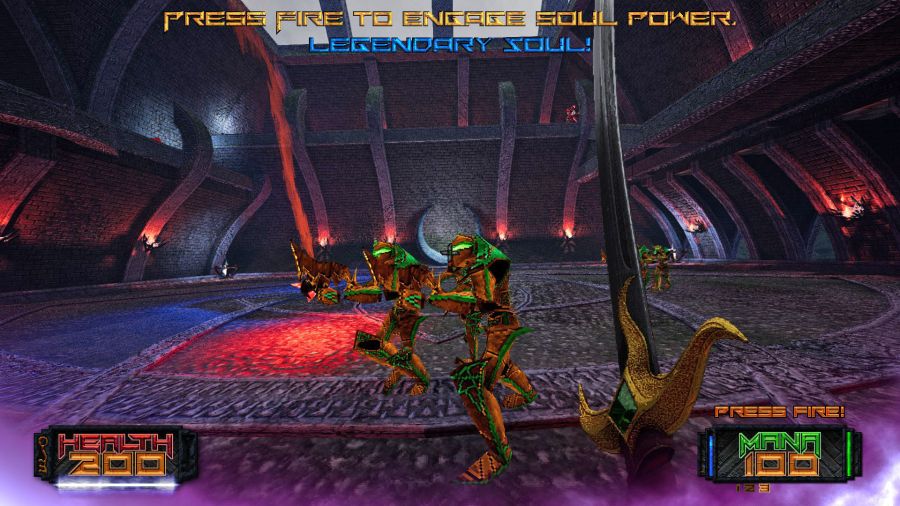 If you ever wanted to play one of the iconic early Zelda games like Link to the Past, but wanted to put a whole bucket of spit and polish on it, this Switch title is for you. Cadence of Hyrule gracefully blends old and new ideas, making it a 2D action RPG that will entertain modern and classic fans alike. Devious puzzles, A delightful soundtrack true to the series’ spirit, and an eclectic mix of old and new elements all mean that Switch gamers are missing out if they’re missing this title. 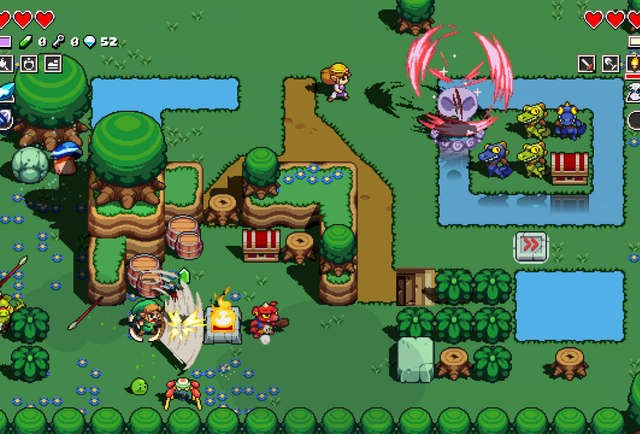 Another monochrome pixel game whose true colors are its design and its fun factor, Gato Roboto is essentially a super-polished Metroid-style game in which you play a cat. Your owner’s starship crashes, and he sends you, a cat, to investigate the distress signal that initiated the original journey. Thankfully, you get a robo-suit with a gun arm. You can (and need to) enter and exit the suit at various times, find other “vehicles” in certain parts of the game, and unlock power ups while exploring the strange world you’ve landed on. While this is very strictly a Metroid clone, it’s a really fucking good one, and it’s both cute and challenging. Fans of Metroid and similar titles must check this one out. 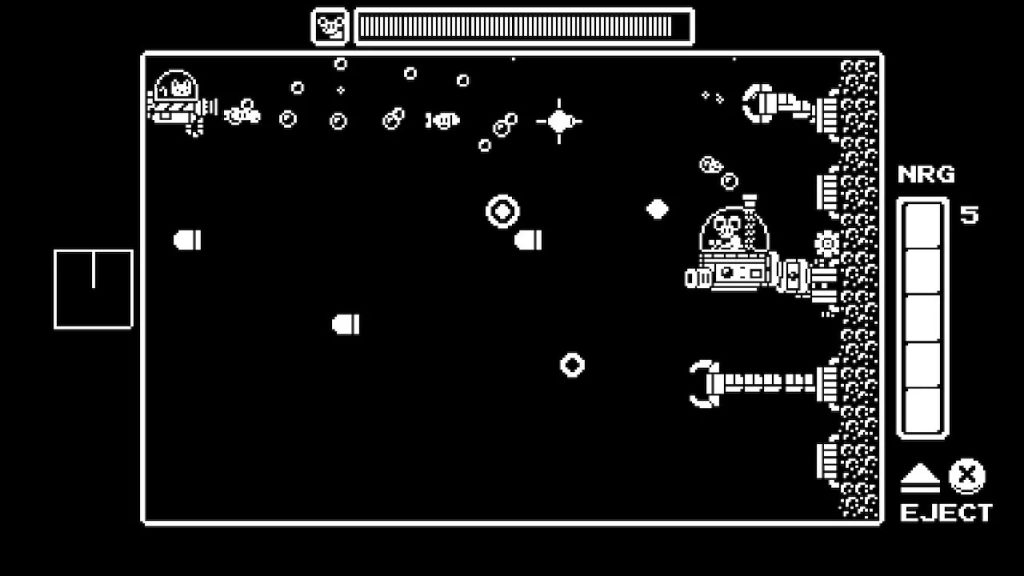 This game is a very self-aware and irreverent parody of the 90s’era incarnation of the World Wide Web. You play as an enforcer of rules and propriety for the users of an online service called Hypnospace, solving puzzles and mysteries as you traverse this giggling love note to the early Internet. The focus is more on story, theme, and adventure than action; Hypnospace Outlaw is another title that is as much an artistic statement as it is a game. The visuals and atmosphere are painfully authentic, rendering the 1999 of another reality in vibrant colors. Hypnospace Outlaw is very strange, but it’s the kind of strange you need in your life. 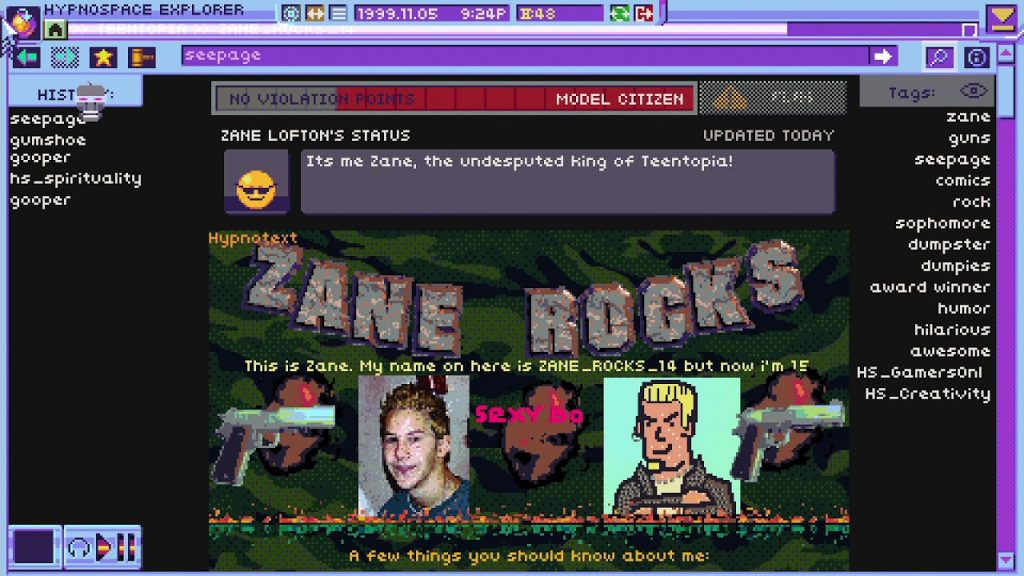 Nova Drift is an arcade-style shoot em up and an action RPG combined into a future classic. Your ship is eternally customizable, and the open world is so extensive that hours at a time can be lost just exploring. There is an amazing depth of variety in every element of Nova Drift, and you will not get bored. Ever. Vividly colored game objects are stylishly rendered, accompanied by sharp audio elements in a truly gorgeous end product that will provide a universe of adventure. 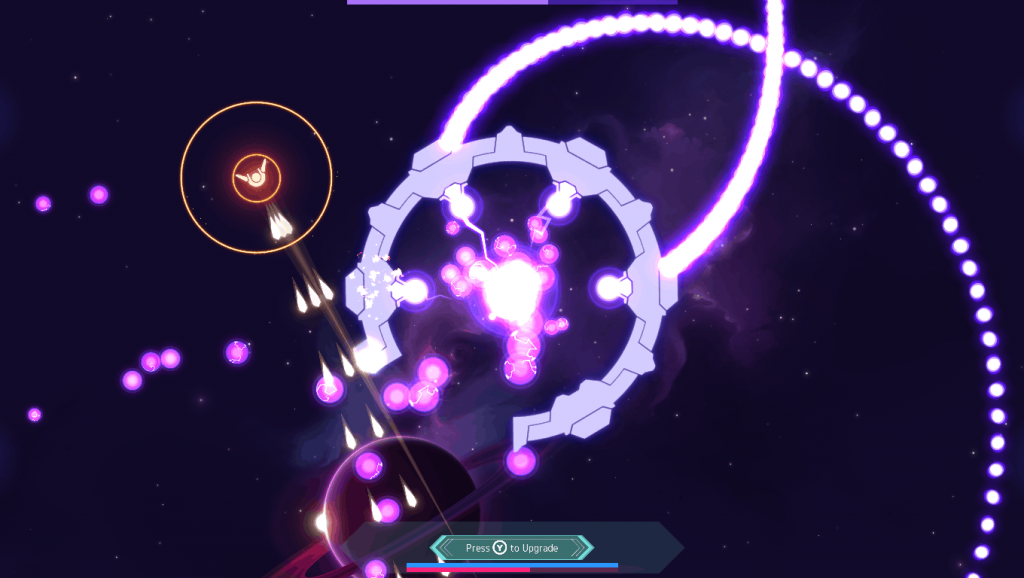 Its tagline tells you the most impressive thing about it: 100 different endings. The simple plot has you as an adventurer on a quest to find a magic sword and rescue a princess from a dark lord. Reventure offers players 100 different ways to finish the game and its story, ranging from the simple and comical to the complex and theatrical. Lots of nods to previous action/RPG games can be easily seen, and the blend of action and puzzle is extremely well-balanced. One interesting twist is that, to reach certain endings, the character must be careful what items he picks up, since each item makes his jumping height lower due to encumbrance. Therefore, which item sets reach which endings is a puzzle in and of itself. Action is present in adequate amounts, but Reventure is all about problem solving. It’s lovingly pixelated and incredibly detailed, with a sense of humor to boot. It has caught fire on Steam, and it’s worth getting if you like video games at all. Just play it. 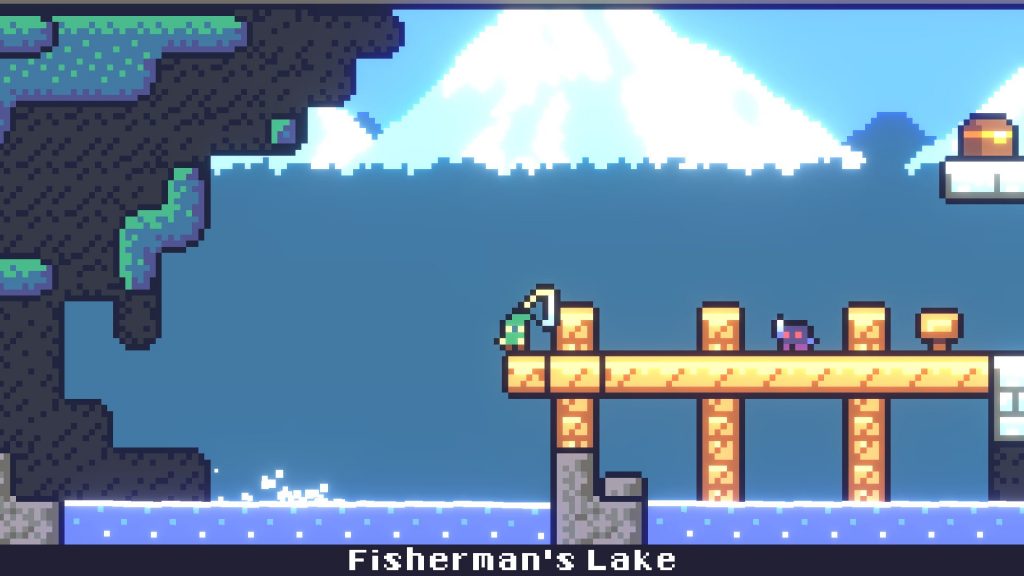 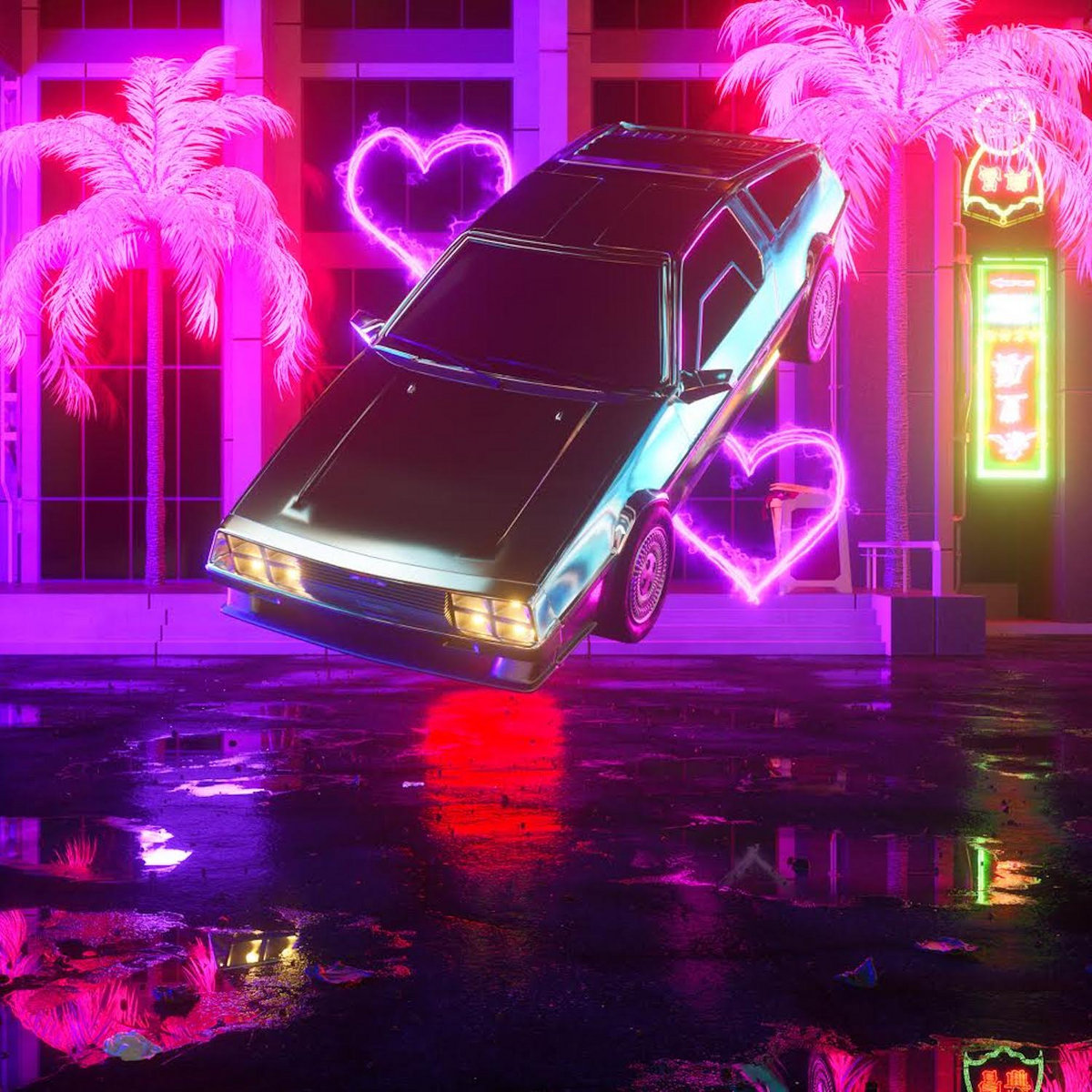