Gaming has been a fast-moving industry for the last several years, with the advancements made in technology seeing games look and play like never before. This has applied to all genres. So from Nintendo Crosswords and Watch Dogs: Legion for PS4 players, all the way

Gaming has been a fast-moving industry for the last several years, with the advancements made in technology seeing games look and play like never before. This has applied to all genres. So from Nintendo Crosswords and Watch Dogs: Legion for PS4 players, all the way through to live dealer tables at Royal Vegas casino; everyone has enjoyed a vastly enhanced gaming experience. However, while modern-day gaming is brilliant, you can’t beat a bit of retro, and now retro gaming on the go has become more popular than ever. Therefore, we thought it was about time we picked out several of the best retro titles. 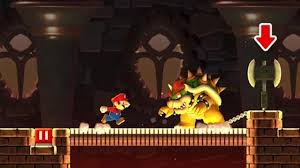 Old School RuneScape, launched back in 2001, is considered a retro title by today’s standard. Making its name in the web version, OSRS has finally made it to mobile, and there’s been no compromise on quality. The mobile version is a replica of the web variant, and by subscribing players will be able to get stuck into even more action. OSRS still has a considerable following, 18 years after its release, so it’s no surprise that the mobile version of the hit game is fairing so well.

SEGA, back in the day, created some epic games, as well as characters. From Sonic the Hedgehog through to Kid Chameleon, SEGA games were stuff dreams were made of. The great news is, Android users can now get stuck into these classic SEGA titles, and they can even play them all add free. Every gamer will have enjoyed a SEGA title or two at some point and being able to relive them all on-demand is retro gold. Sonic the Hedgehog is, of course, the pick of the bunch.

Like SEGA, Square Enix is a company who have produced some fantastic games over the years. When it comes to retro games, you could describe Square Enix as being old hands, and now their console classics have made it to mobile. They’ve also undergone a bit of a facelift too, to ensure they have a bit of a modern look and feel about them. Players can enjoy Final Fantasy and Dragon Quest titles, as well as others, to experience retro mobile gaming at its very best. 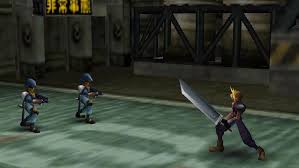 Tetris is a game which has been modernised and redeveloped over the years, but it always seems to have stayed the same where the game mode is concerned, and that’s fantastic news. It was the addictive gameplay which attracted players when the game was first released, and that remains its biggest draw still to this day. Players can now enjoy Tetris in all its glory on mobile, allowing them to play on the go, just as they could when the game hit the GameBoy all those years ago.

Who remembers playing Minesweeper on PC years ago, to pass a few minutes during a school lesson, or while on a break at work? The game, which became very popular due to how simple it is to play, has recently made a comeback on Android, and now players can attempt to sweep the field free of mines. It’s a classic game, with several new features added, and by far and away one of our favourite retro titles available to play on Android devices.