“New World” is an apt title for the latest album from Shawn Ward – better known as the legendary FM Attack. Between having a little girl, Stella, for whom his last album “Stellar” is named, and also moving from Mexico back to his native Vancouver 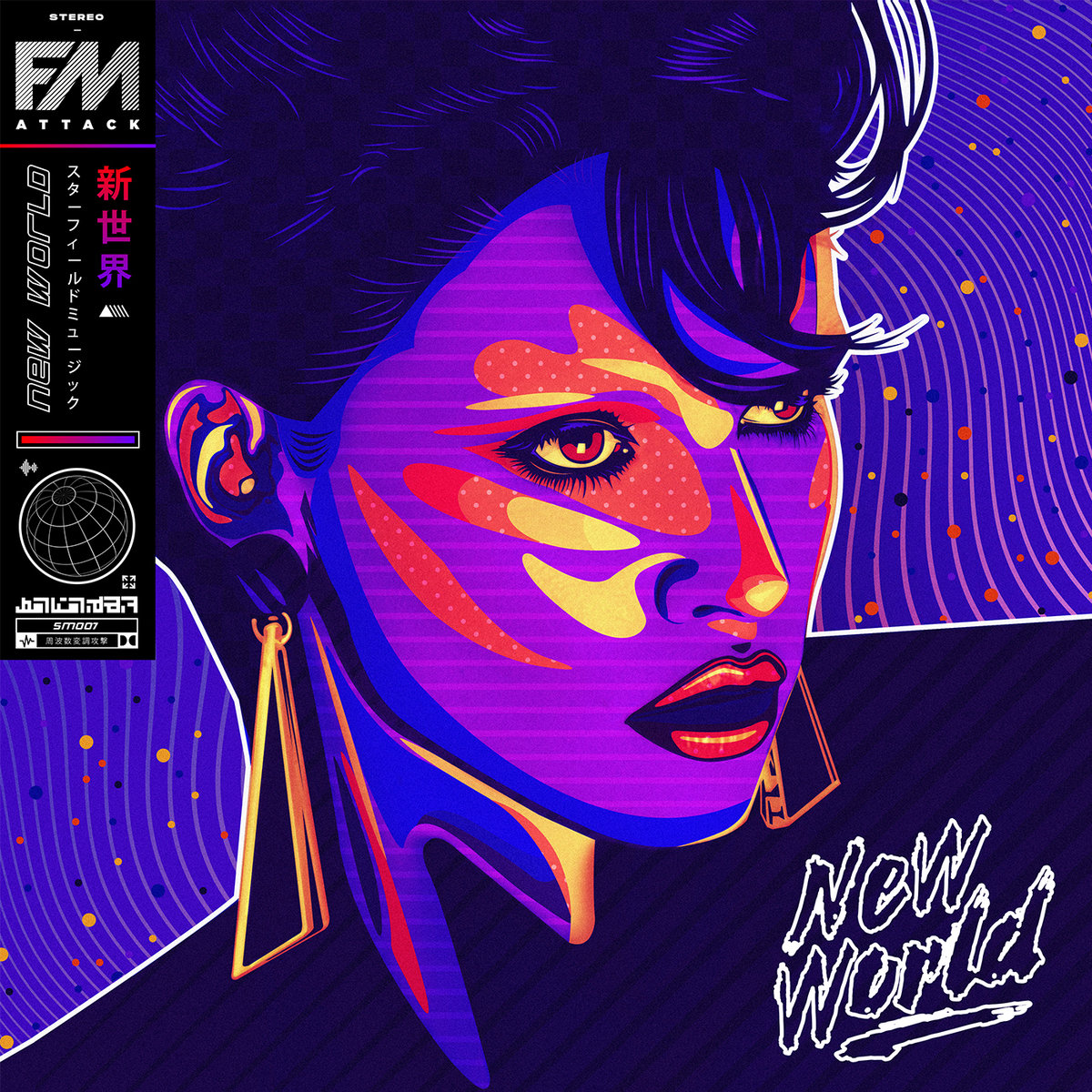 “New World” is an apt title for the latest album from Shawn Ward – better known as the legendary FM Attack. Between having a little girl, Stella, for whom his last album “Stellar” is named, and also moving from Mexico back to his native Vancouver – much in Ward’s world is likely new, but somehow familiar at the same time.

So it is with “New World,” an album that feels futuristic, yet sparks nostalgia. An album that revisits the old disco-dreamwave proving grounds of FM Attacks’ debut “Dreamatic” through present rose-colored synthpop lenses, then looks to the future with the cold uncertainty of newwave and darkwave aesthetics.

In this way, “New World” feels a lot like a journey through genres. Some artists trying this feat may end up with an album feeling disjointed, but each seamlessly intertwined track flows perfectly into the next for Ward. Of course, as with all of the FM Attack catalog, every cut is also masterfully produced. The result is an album reminiscent of his previous work, but ever marching forward – pushing the boundaries of what synth music can and should be.

Turning 10 this year, Ward’s debut “Dreamatic” disco sound is instantly apparent on the first half of the album, especially in ‘Let You Go,’ ‘Ultraviolet,’ and ‘My Life.’ However, these early half cuts don’t simply rehash anything and are steeped in their own synthwave and synthpop vibes that present a more mature arrangement. Mecha Maiko lends her vocals for “Stranger” in this first half as well, making a lamenting statement piece everyone should really sit down and absorb.

The tonality of the album then shifts with ‘Cosmic Dance’ – a more cinematic interlude track reminiscent of Tangerine Dream.

The rest of the album dives into the newwave and darkwave deep end with three tracks featuring Blake Voss of Vandal Moon – an artists out now on Ward’s own Starfield Music record label.

Each of these tracks really work well, instantly conjuring images of The Cure and New Order but with a lighter, more synthesized feel. FM Attack’s signature uplifting sound keeps these tracks from getting too dark or depressing, creating an incredibly interesting nostalgic blend of dreamwave and darkwave which I would love to hear explored more as an entire genre.

Overall “New World” is a fantastic, mature piece of artwork that has something for everyone in it – whether you’re a fan of italo disco, synthpop, or darkwave.  Top Cuts: ‘Ultraviolet,’ ‘Let You Go,’ ‘Shadows,’ ‘Stranger (ft. Mecha Maiko),’ and ‘Mixed Emotions (ft. Vandal Moon)’

Check out the full album here!