10 Best Horror Comics and Graphic Novels To Read This Halloween

Whether it's the effectiveness of a chilling page turn or an intense drawing, comics offer a variety and effectiveness in horror storytelling that other mediums can't replicate. Here's our pick for the 10 best horror comics and graphic novels to give you goosebumps for this 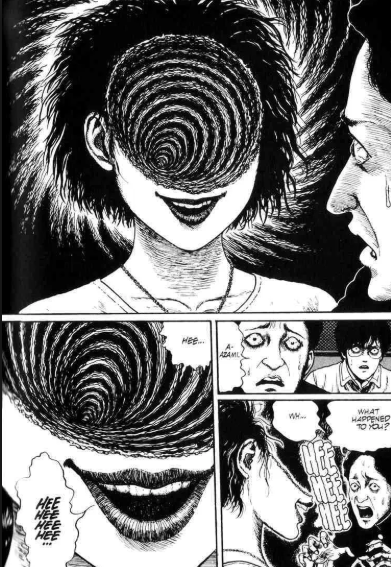 Whether it’s the effectiveness of a chilling page turn or an intense drawing, comics offer a variety and effectiveness in horror storytelling that other mediums can’t replicate. Here’s our pick for the 10 best horror comics and graphic novels to give you goosebumps for this spooky time of year! This list isn’t in order, but it does offer a comprehensive variety in the types of scary stories being told. Be sure to check out the books and support their creators! 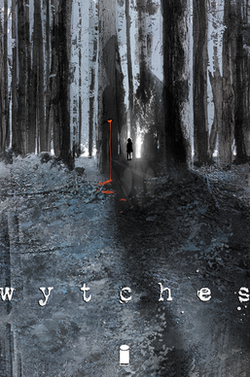 Wytches writer Scott Snyder may be most famous for his modern run of Batman, but before that he teamed with Stephen King to deliver the stellar American Vampire. In 2014, Snyder refined those horror credentials by making one of the most unique horror comics, and one which was visually rendered in stunning detail by artist Jock. In a horror landscape where everything seems like an imitation of something else, it’s frighteningly delightful to see an imagining of witches in a completely unique way. There are no witches like Snyder’s witches, and because of that there are few books like Wytches. What would happen to you if you were pledged to the beasts of the forest? 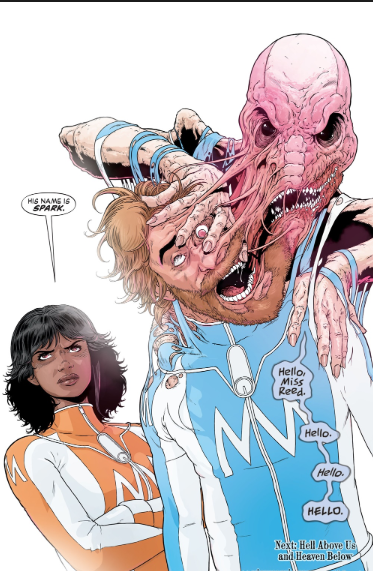 Gail Simone is one of the most consistent comic book writers when it comes to her work with mainstream superheroes. One of the things that makes Clean Room so compelling is that is manages to be so tonally different from her other work while being perhaps her strongest offering as a writer.  With the Going Clear documentary giving popularity to the subject, Simone’s scary take down of a movement that bears a resemblance to Scientology is worth a read. Jon Davis-Hunt’s art perfectly compliments Simone’s story, and brings it to vivid life. 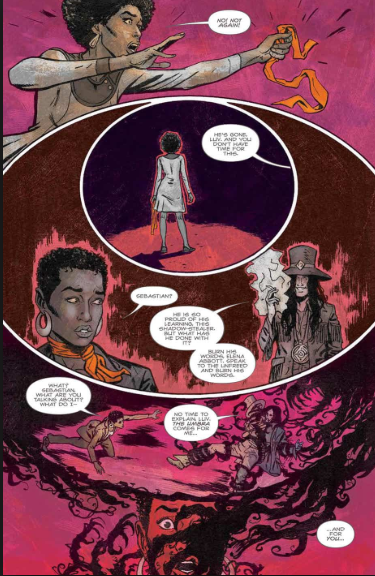 Saladin Ahmed cut his teeth writing critically acclaimed novels. When he recently transitioned to comics, it became apparent that he had found a medium that really worked for his emotionally-driven storytelling. Noir stories lend themselves to horror well. This story of a detective solving a series of occult-connected murders gradually expands its own story. It builds its world so well that it’s hard not to wish it was longer. Sami Kivela’s artwork is straightforward, but it’s hard to imagine this comic looking any different.  It feels very classic in its delivery, but the comic feels so fresh. 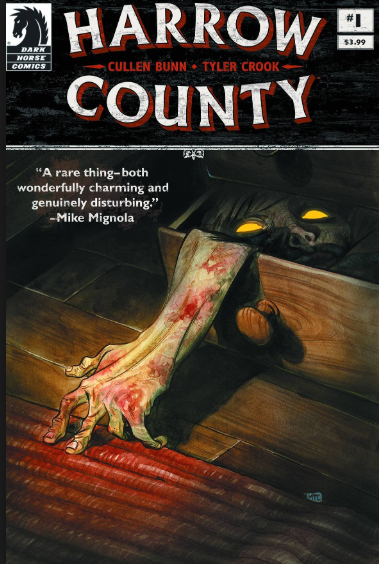 Though it recently ended, Harrow County was a wild ride. Writer Cullen Bunn and artist Tyler Crook have created a genuinely scary comic. Each Harrow County arc somehow manages to outdo the already high bar the previous sets. At 32 issues, or 8 collected volumes, the comic feels like a sprawling, large novel that never feels tedious. It wastes little time in grabbing readers with Bunn’s stellar storytelling.  Crook’s skill with visual storytelling make this a stunning book loaded with memorable images. 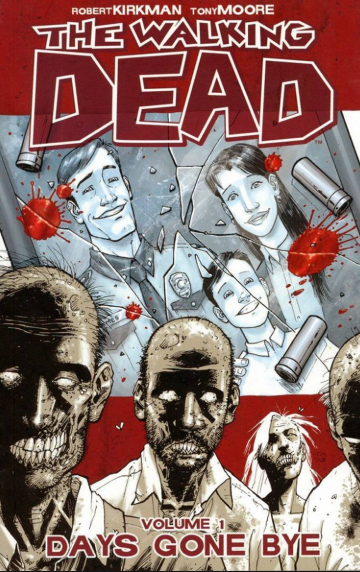 I know. I know. We’ve reached the point of oversaturation with The Walking Dead that it makes dabbing and fidget spinners seem hip and new. Still, it probably deserves as much credit for comics being as culturally relevant today Marvel’s films. Reading the first volume of The Walking Dead, it’s not surprising that this became such an enormous cultural moment. Robert Kirkman delivers an incredible story. The building blocks of a major pop culture reference points are obvious almost immediately.

As a piece of fiction, this manga may be the single scariest work on this entire list. While most of Junji Ito’s work feels obviously a cut above the majority of horror fiction, it’s in Uzumaki that Ito crafted what will likely be remembered as his definitive work from both a narrative and visual perspective. In a way that few have ever matched, Ito makes a concept as abstract as a spiral the most haunting and horrifying sight buried within in a panel. This story of a town haunted by spirals is terrifying and memorable. We don’t want to give too much away. If you just jump in, you won’t regret it. This book will consume you. 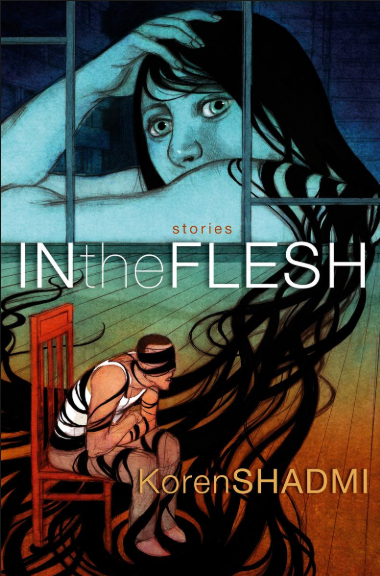 This Korem Shadmi anthology is, in a lot of ways, a collection of love stories. The short story make-up of In the Flesh allows for fast, single-sitting readings of stories. For a unifying theme, Shadmi focuses on love, or, more accurately, desire. Anybody who has ever had a crush knows that they don’t always make us feel good. Sometimes our desire for someone can be, for lack of a better word, crushing. Shadmi captures that feeling with frightening precision. That fear is exponentially increased when our desires are perverse or warped. 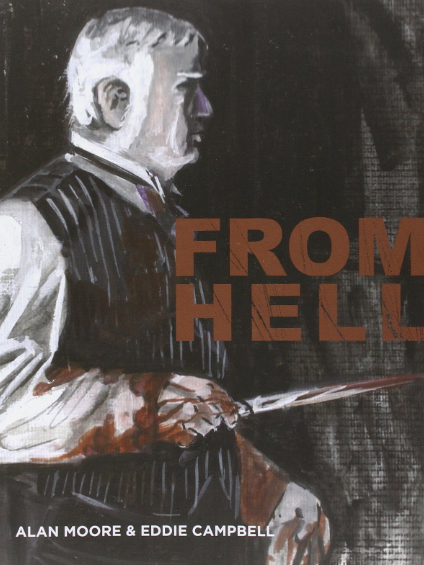 From Hell is an overlooked gem in Alan Moore’s iconic bibliography. While not as radically influential as Watchmen or his work with Superman, Moore gives the Whitechapel murders an air of conspiracy and paranoia that feels real in a way that a lot of Jack the Ripper stories struggle with. If conspiracies are our way of making sense of the senseless, Moore obviously attempted to give significance to a story that has been commodified to an extent that the horror of it is sometimes lost. Moore never lets you forget that horror. His attempt to apply sense to it is proportionate to the brutality of the crimes themselves. 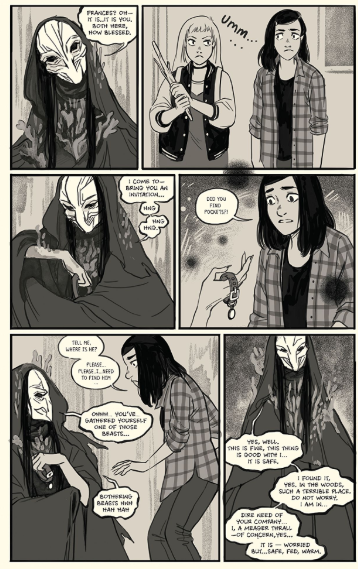 Long Lost is one of the best and most distinct comics in recent years, and as it is continuing it’s second and final arc at the time of this writing, it’s as good a time as any to jump on board and grab the first volume — a release we anticipated earlier in the year. With Long Lost, series writer Matthew Erman has crafted a world inhabited by such believable characters and strong emotional arcs that you can imagine them reacting to situations not presented on the page. Series artist Lisa Sterle gives the comic a look that draws from a number of influences, but with the end result of being something utterly distinct. The story of two sisters and their strange odyssey to their roots is not a story you should miss. 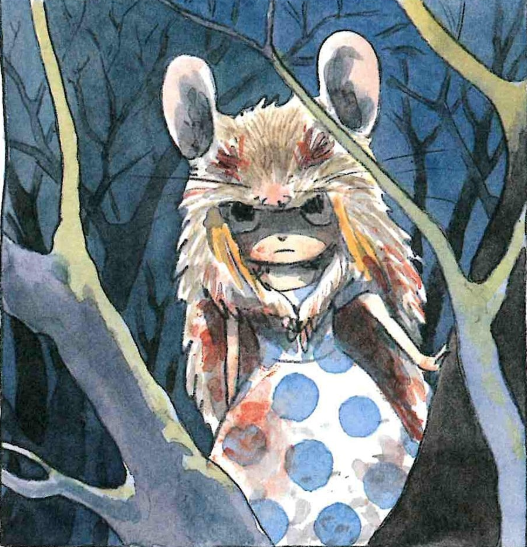 If you stop this list right now and read Beautiful Darkness without reading anything else about it, I promise you that you will not expect what this book is. It’s upsetting, weird, difficult, and utterly terrifying. We don’t want to give too much away, but just know that even if it may seem cute and whimsical in the first few pages, this French comic becomes everything but. This truly scary and truly unusual book will likely be remembered for years to come. And we suspect that the reveals it has in store will stick with readers for a long time.