Anime Review: MADBULL 34 (warning: This anime is not intended for children. Due to sex, violence, rape, murder, foul language) Mad Bull 34 was adapted into a four-part original video animation released from December 21, 1990 to August 21, 1992. A sequel manga, Mad Bull 2000 (マッド・ブル

Anime Review: MADBULL 34
(warning: This anime is not intended for children. Due to sex, violence, rape, murder, foul language)

Daizaburo “Eddie” Ban, a Japanese-American police officer assigned to the 34th Precinct located in the Washington Heights neighborhood of NYC. Daizaburo is young, ambitious and soon to be partnered with John “Sleepy” Estes otherwise known as MADBULL. 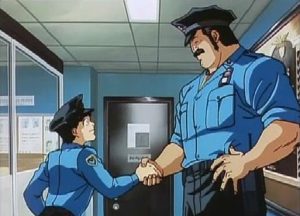 The pairing seems like a mismatch from the get-go.
Mabbull is a take-no-nonsense, hair-triggered, maniac with a badge. He runs a prostitution ring and has no hesitation to murder suspects and criminals. That being said he isn’t a complete sociopath. He takes the earning from the Prostitution ring to donate to charity and he does after-all look out for the little guy. He’s the typical cliché late 80’s antihero with a shotgun and a grenade jockstrap. Madbull as a character and anime is a critique of western culture and entertainment; violent, misogynistic, amoral and full of raunchy language.  This is what anime once was. No BS. No restrictions. No rules. Anything goes. Amen.

Not as violent as Genocyber or ANGEL COP but, the realistic setting and over the top action is the icing on this cake. The english voice acting is just as over the top as the action. The accents are thick and at times cartoonish, even for a cartoon. The villains are run of the mill Streets of Rage bad guys and the buddy cop dynamic helps to sell the story. There’s nudity and sex and drugs and bullets. It might as well be a 42nd street anime. The four movies are a hoot. Not for the squeamish.

I can see why this anime is both revered by those old enough to have seen it and never heard of by casual fans today.

Mad Bull 34 (マッド★ブル34, Maddo Buru Sanjūyon) was based on  a Japanese manga series written by Kazuo Koike and illustrated by Noriyoshi Inoue, serialized in Shueisha‘s Young Jump between 1985 and 1991, and collected in 27 tankōbon volumes.

ALL FOUR OVA’s can be seen below.

Stay clean and keep your finger on that REWIND button. 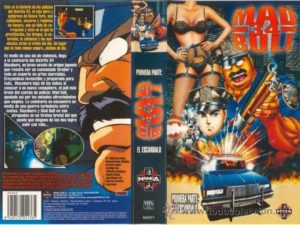 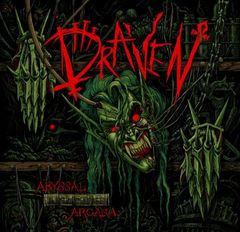