It’s almost October, and with a second season of the intense Netflix animated series based on the classic video game franchise, we’re taking a look at all of the info confirmed for Castlevania Season 2!   1. When is it coming out? Castlevania Season 2 will be premiering 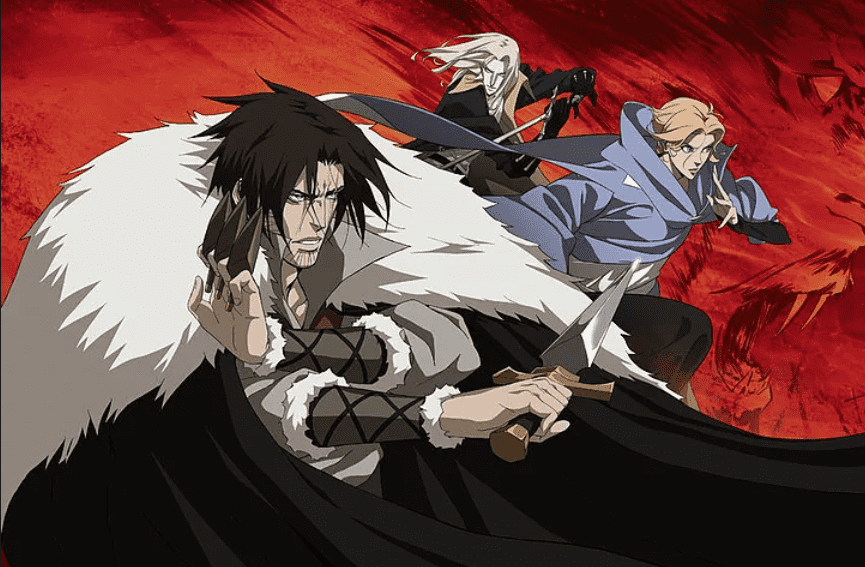 It’s almost October, and with a second season of the intense Netflix animated series based on the classic video game franchise, we’re taking a look at all of the info confirmed for Castlevania Season 2!

Castlevania Season 2 will be premiering on Netflix in its entirety on October 26th, 2018. Season 1 dropped July 7, 2017, and while it was an action-packed addition to the summer, the new season coming just in time for Halloween warms our spooky hearts.

Castlevania had a tumultuous journey to be the violent animated action we can stream today. It was originally intended to be a film, and the length of Season 1 reflects that. In fact, that’s a valid criticism of the first season. 4 episodes of 23 minutes each were nice, but it felt like it just didn’t tell enough of a story. The good news is that Castlevania Season 2 is going to be twice as long, with 8 episodes ordered. That’s enough to give it a proper season arc after what felt like a prelude.

3. Who is writing Castlevania Season 2?

As with Season 1, acclaimed comic book writer Warren Ellis will be writing Season 2. While Ellis is undoubtedly more known for his science fiction stories — of which he is likely one of the best living today — Season 1 proves how effectively he could tell a dark fantasy story. He also clearly has a love for the series, and the game this is based on in particular (aside from one character). He has been trying to get a Castlevania adaptation on screens since the mid-2000’s, so you can only imagine the passion he has for his work now.

4. Which video game is it based on? 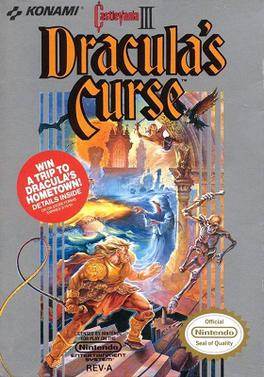 Just like Season 1, Castlevania Season 2 will focus on the story of the 1989 classic Castlevania III: Dracula’s Curse. This makes sense from a narrative standpoint as it has three well-defined characters at the center and a great overarching story to tell. You might notice that visually, the Castlevania series doesn’t seem to match the aesthetic of the NES game. That’s because the animated series is stylistically modeled after the PlayStation classic Symphony of the Night, which forever changed the visual language of Castlevania.

That’s not all though. Based on the Season 2 trailer, we think that Curse of Darkness might be making its way into the season. We’ll talk more about that in a little bit.

5. Who are the main characters?

Trevor Belmont was undoubtedly the main character and focus on Season 1. Castlevania Season 2 has been confirmed to focus on the three characters united at the end of Season 1. While we are used to Trevor Belmont, we will get more time with Dracula’s son Adrien Tepes and the mage Sypha Belnades. Adrien Tepes, also called Alucard, is an extremely interesting character from the entire game franchise, so the greater focus on him could be a highlight of the entire season.

The cast will be the same in Season 2 as in Season 1. The primary voice actors being acclaimed English actor Richard Armitage, James Callis of multiple successful science fiction series, and Scottish actor Graham McTavish.

7. Will this be the final season?

Castlevania Season 2 wasn’t confirmed until Season 1 was released. We already have confirmation that Season 3 has been greenlit. With the team behind the show knowing that they have longer to tell their story, we can’t wait to see how much they are able to set up come October.

Warren Ellis has said that Grant is his least favorite character from Dracula’s Curse, and his absence from Season 1 was noticed. We aren’t the biggest fans of Grant here either, so that was fine by us, but some fans took issue with it. The trailer shows what appears to be Grant attacking Trevor, so we’re left wondering if this will be a throwaway easter egg, or something more.

9. What about the Vampire Killer?

The Vampire Killer is the whip the Belmont family uses to slay Dracula throughout the centuries. In season 1 we saw it as a leather whip in the hands of Trevor Belmont. Warren Ellis proved excellent at showing the video game convention of a party of heroes coming together interpreted for a TV series, and the trailer clearly shoes Trevor with an upgraded, chain whip. It will be interesting to see how Season 2 handles the convention of weapon upgrades.

10. What was that about Curse of Darkness?

Castlevania: Curse of Darkness (PS2) is a sequel to Dracula’s Curse, taking place three years later. The main character of the game is Hector, a former ally of Dracula who betrayed his master. Promotional art from those involve confirmed that Hector will be a part of Castlevania Season 2. With Season 3 confirmed, we have to wonder if that is Ellis’ endgame for his show.

Check out the trailer and its synthwave inspired sounds here!