I'm not just reporting what's already known about the production. I am expressing my excitement and optimistic enthusiasm about a third Bill & Ted film. Even though they were stoners, I loved those two movies. The simplistic charm and dimwitted charisma of those first films 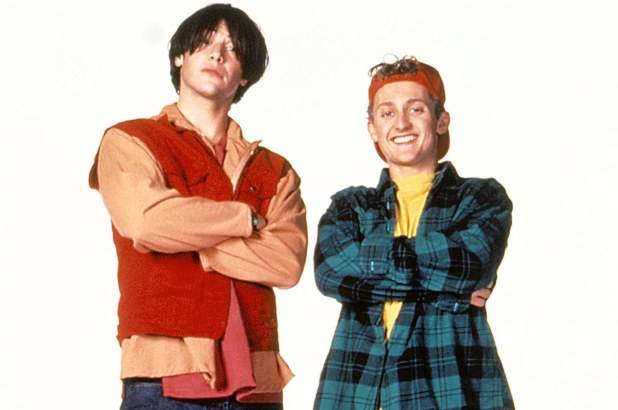 I’m not just reporting what’s already known about the production. I am expressing my excitement and optimistic enthusiasm about a third Bill & Ted film. Even though they were stoners, I loved those two movies. The simplistic charm and dimwitted charisma of those first films will always get a replay on my time.

“Bill & Ted is an American comedy film series featuring William “Bill” S. Preston Esq. (Alex Winter) and Theodore “Ted” Logan (Keanu Reeves) as two metalhead slackers who travel through time. The first Bill & Ted film, Bill & Ted’s Excellent Adventure, was released on February 17, 1989, followed by a sequel two years later entitled Bill & Ted’s Bogus Journey. A third film, Bill & Ted Face the Music, started pre-production in May 2018. In addition to the films, the franchise has seen both an animated television series (with Winter and Reeves reprising their roles) and a live-action television series in 1990 and 1992 respectively, video games, and comic books. Originally produced by Orion Pictures, the franchise ownership fell to Metro-Goldwyn-Mayer (MGM) following the purchase of Orion in 1997.”
– https://en.wikipedia.org/wiki/Bill_%26_Ted_(franchise)

I was seven years old and one of my relatives took me to the cinema to watch the first one. The second I rented at my neighborhood video store. The late 80’s into 90s feel is immortalized in these films, the colors, the clothes, the lingo the almost Saturday morning cartoon-like depictions of a future living in world peace through rock & roll and air-guitar. By the way – Joan of Arc was really hot and lets’ not forget the medieval princess. 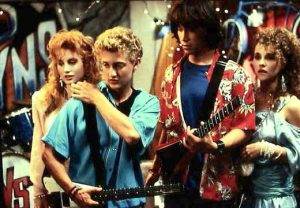 I remember Keanu Reeves during his press interviews for John Wick being asked about a possible B&T3 and how enthusiastic he was to discuss a possible storyline that him, Winters and the original team where throwing around about the film and how they were working on getting off the ground. His excitement became my excitement and let me say this, “I will be at the midnight showing of this on premiere night”. So far i haven’t been too disappointed and very impressed by a lot of retro sequels lately. From the AMAZING Blade Runner 2949 to the recently released first season of Cobra Kai (the first two episode review also on this site) I’m all in… All the way in.

So what do we know so far:

The Hollywood Reporter revealed the news out of Cannes today.

Currently in pre-production, Bill & Ted Face the Music will see the duo long past their days as time-traveling teenagers and now weighed down by middle age and the responsibilities of family. They’ve written thousands of tunes, but they have yet to write a good one, much less the greatest song ever written. With the fabric of time and space tearing around them, a visitor from the future warns our heroes that only their song can save life as we know it. Out of luck and fresh out of inspiration, Bill and Ted set out on a time travel adventure to seek the song that will set their world right and bring harmony in the universe as we know it. Together with the aid of their daughters, a new crop of historical figures, and some sympathetic music legends, they find much, much more than just a song.

Dean Parisot (Galaxy Quest) will direct the film from a script by original writers Chris Matheson and Ed Solomon. Of course, Alex Winter and Keanu Reeves will reprise their roles almost three decades after the original two films, and Bill and Ted’s daughters will be joining their time-traveling adventures this time around. MGM, which owns the rights to the series, will release the film in the US, while international sales are currently in the works at the Cannes Film Festival.
P.S. I’m too happy about this to edit. 🙂 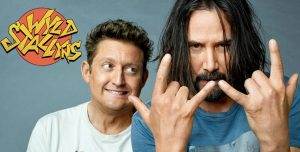