The Power of the Dark Crystal #12 – Comic Review (SPOILERS!)

Things go so wrong so fast as The Power of the Dark Crystal finale, and yet it manages to pull of a bombastic finish to its equally tender and epic tale without drowning most of the comic in action sequences. Simon Spurrier and Phillip Kennedy 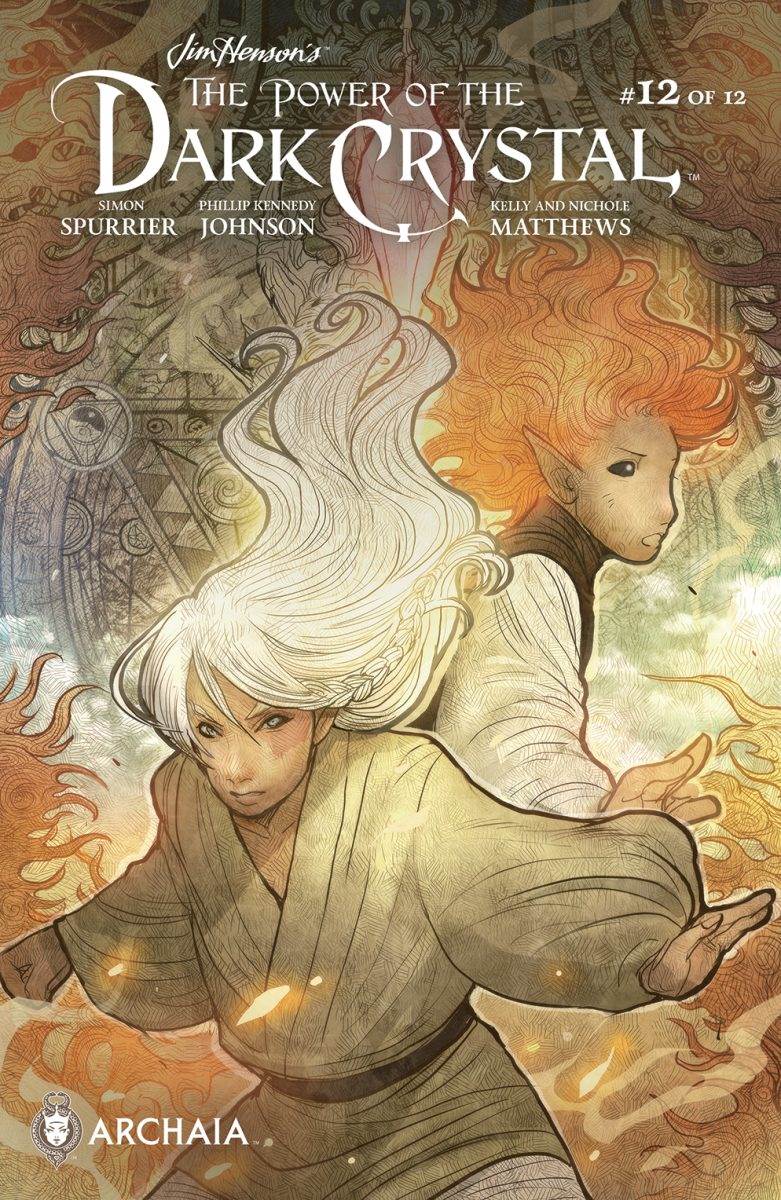 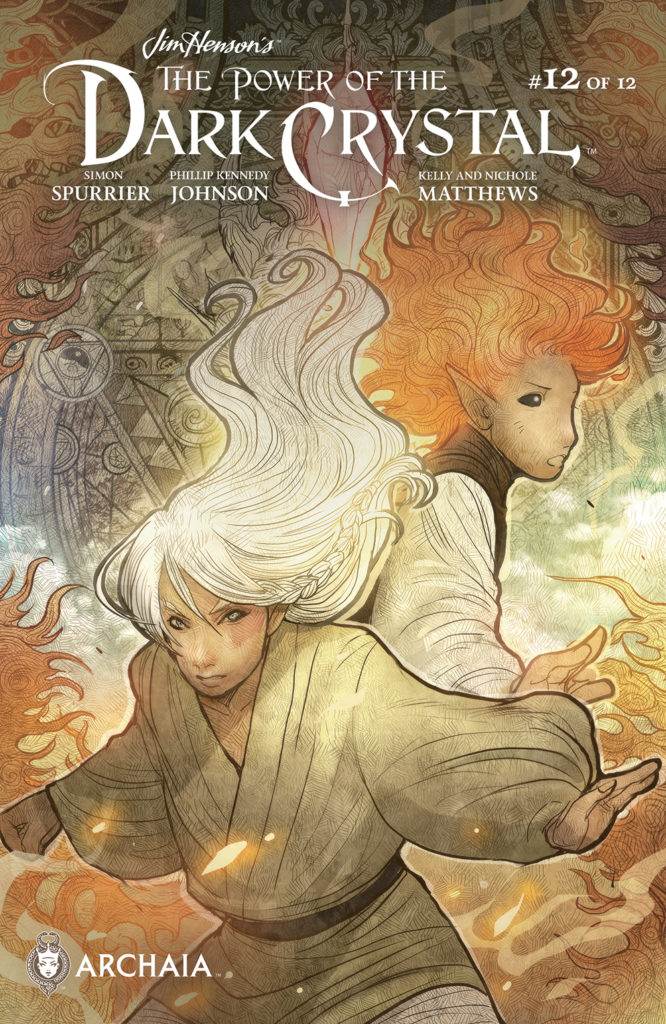 Things go so wrong so fast as The Power of the Dark Crystal finale, and yet it manages to pull of a bombastic finish to its equally tender and epic tale without drowning most of the comic in action sequences. Simon Spurrier and Phillip Kennedy Johnson have consistently delivered since the first issue, and though the comic has had some flaws in terms of keeping track of the story it wants to tell, the two have really made Thurma and Kensho into believable and well-rounded protagonists that often surpass the somewhat blank main characters from the Jim Henson classic. A world is shattered and a world is reborn, and The Power of the Dark Crystal #12 excels in its tender portrayal of cataclysm and hope.

Within the first six pages of the issue, the shard that has been the crux of the entire plot is lost to the abyss beneath the crystal and a vile skeksis murders the gelfling Kensho in a scene that is genuinely shocking as a juxtaposition of awful violence with the somewhat cartoonish style of illustrators Kelly and Nichole Matthews. That said, the Matthews sisters are a major part of why this scene and this opening is as effective as it is. Throughout the series, they have never failed to play up the innocence of Kensho and his fireling comrade Thurma, but they also have never failed at delivering emotional beats through their drawings of the odd faces that Henson established. When Kensho dies, the reactions of both him and Thurma are heartbreaking. Kensho was with us a full year ago for The Power of the Dark Crystal #1 and was introduced through unfortunate circumstances. This wasn’t how it was supposed to end for him. He was supposed to escape the turmoil he had been living in.

Thankfully, he does. As Thurma dives for the shard and into what is presumably certain doom, she lands softly as readers are reminded of the various offerings that have been made to the Crystal presumably since the end of the film and depicted in the opening scenes of the first issue. Spurrier and Johnson’s consistency here is a real treat, as the finale issue feels like a complete unit with the opening issue and it is clear that the ending was concocted alongside the introduction to the story, so most of the events have been building toward this.

The problem, it seems, is that the offerings made to the crystal have sealed the world of the firelings away from the world of the gelflings, and by extension away from the Crystals’ life-nourishing light. When that block is destroyed, the crystal shatters and reforms, once again eliminating the power-hungry Skeksis and unifying the world of Thra. If The Dark Crystal was a film about two people with seemingly no social power restoring balance in an unfair and unjust world, then The Power of the Dark Crystal is about two people with vastly different backgrounds reconciling those differences for a greater good and learning to not be afraid of something that might be different from what they are familiar with.

The main flaw in this comic has been the flaw that has dogged the series from the get-go. While the visuals and dialogue / narration reach incredible heights when they work in tandem, there are a few moments where everything becomes a little hard to follow and readers may find themselves glazing over a few pages. Thankfully, this issue suffers from that far less than some of the middle issues of the series, and the final dozen pages or so are some of the best that the comic has produced in its run. The art team is at their most dizzyingly glorious and the narration carries the gravitas that helped establish the series as such a strong comic book presence in 2017, and it provides a strong sense of closure as it culminates in 2018.