heck out four reviews of comics from the last few weeks below!Old Man Jack #1 - 4 out of 5The Big Trouble in Little China comics have quietly been some of the most consistently entertaining comics of the past few years, with 2016/2017’s crossover with

heck out four reviews of comics from the last few weeks below!

The Big Trouble in Little China comics have quietly been some of the most consistently entertaining comics of the past few years, with 2016/2017’s crossover with Escape From New York being a particularly strong endeavor, as we covered multiple times. This was all on the strength of great series writers who ran with the original film as a starting point, but largely put their own spin on Jack Burton’s misadventures. With Big Trouble in Little China: Old Man Jack, things are a little different. John Carpenter is at the helm with co-writer and largely unknown comic writer Anthony Burch. For two people with little in the way of established comics writing credentials, the result is… actually pretty great. Aided by outstanding art from both Jorge Corona and colorist Gabriel Cassata, Old Man Jack shows that many of the best parts of both the original film and the expanded comic series are going to be on display here. 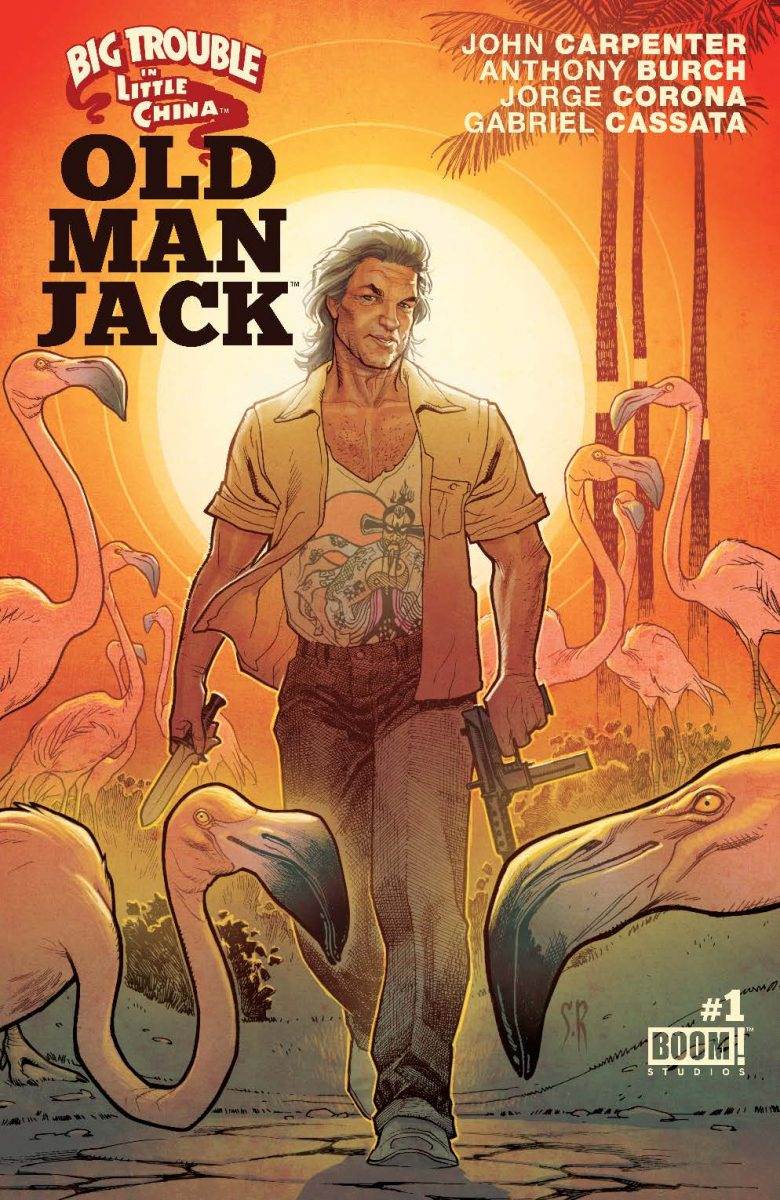 There’s a weird disconnect in The Power of the Dark Crystal #7. The story has been strong from the opening issue, as we reviewed, and it still is from a zoomed out perspective. The minutia of the issue’s narrative is where things don’t hold up so strongly. There are clearly huge things happening in the back half of this story, but this issue spends a lot of its time treading water to get to them. I have little doubt that writer Simon Spurrier will make the entire arc worth the wait, but this issue sees a special comic going through the motion. What elevates this comic is ultimately its art, with artists Kelly and Nichole Matthews delivering a strong contender for best comic art of the entire year in terms of both color and individual panel art. One of the more consistently enjoyable aspects of Bill & Ted Save the Universe that other comic spin-offs featuring those titular characters is the way that it doesn’t hesitate to show the emotional core of its protagonists. For as goofy as the films get, they aren’t without moments of struggle or emotional joy, which gets largely ignored by many other comic adaptations — opting to focus instead on the zany antics and jokes littering the original scripts. The issue also makes sure to prepare readers for conclusion next month with dramatic tension unexpected for the source material. Clive Barker’s Hellraiser Omnibus – 4 out of 5

Just like Old Man Jack, the return of an original creator to expand on their brainchild through the medium of comics leads to some memorable work in the form. Clive Barker’s Hellraiser Omnibus straddles the line of “great coffee table addition for horror fan” and “compelling read for franchise obsessive”. Hellraiser’s proximity with slasher’s was always a strange and unfair association. The series, and in particular Clive Barker’s original,  is less like slasher thrillers of the 80’s and more like Carpenter’s less well known and more artistic early 90’s films with more Lovecraftian themes. Barker, his various co-writers, and the rotating lineup of strong artists wear their comic influences on their sleeves, as this is undeniably in the same vein as Gaiman’s Sandman opus or early Hellblazer comics. Apart from the art and killer plotlines in this collection of twenty issues and an annual, you also get treated to some of Barker’s original artwork, which is as frightening and unsettling as you’d imagine.