Escape from the Bronx (Italian: Fuga dal Bronx), also known as Bronx Warriors 2 in the United Kingdom and Escape 2000, is a 1983 Italian action film directed by Enzo G. Castellari. It was featured on Mystery Science Theater 3000 under its Escape 2000 name. 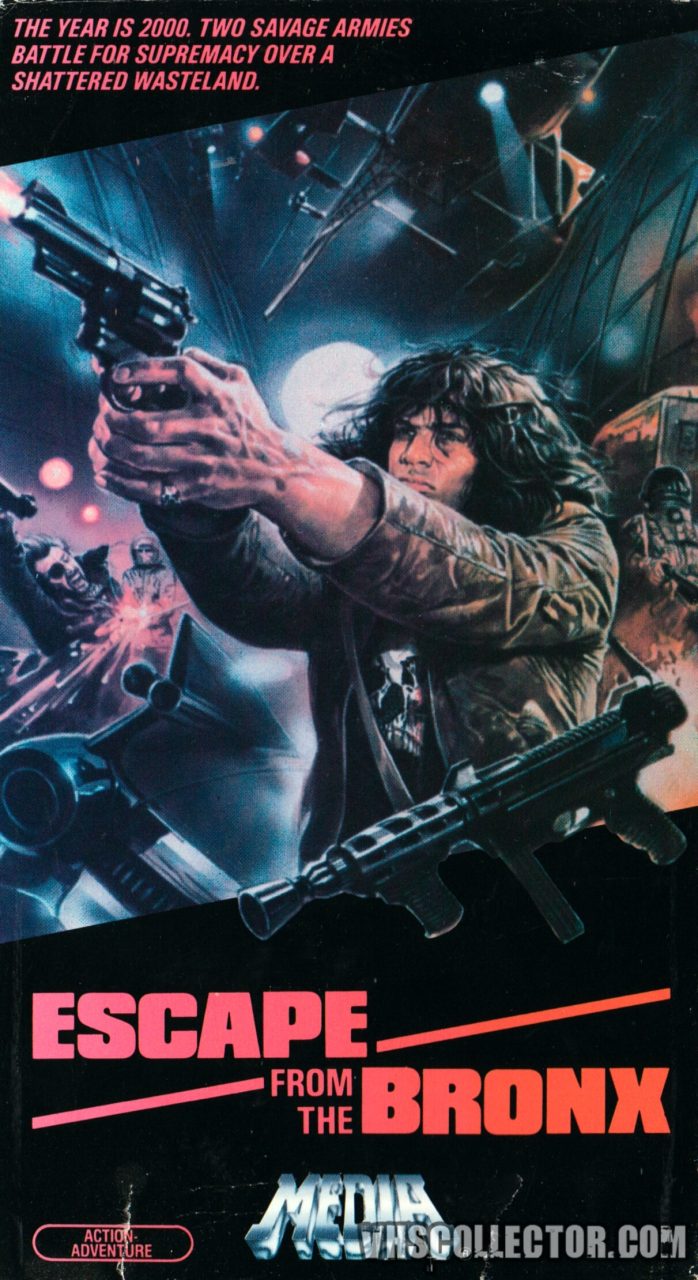 Escape from the Bronx (Italian: Fuga dal Bronx), also known as Bronx Warriors 2 in the United Kingdom and Escape 2000, is a 1983 Italian action film directed by Enzo G. Castellari. It was featured on Mystery Science Theater 3000 under its Escape 2000 name. It is a sequel to 1990: The Bronx Warriors.

I discovered this film on Amazon Prime and sweethearts let me tell you. This movie is one of the best worst films I’ve ever seen. A complete gumbo stew of schlocky 70’s Italian cinema and early 1980’s straight to the VHS bargain bin Grindhouse delight.

I have not seen the MST3K episode featuring this and I have no interest because, there is no way they could enhance what is already one hell of a lunatic frenzy this movie really is. And don’t expect a “Happy Ending” or some type of closure here. If this were remade today (God forbid) this could be a profitable trilogy.

Filmed in The Bronx as well a movie studio in Rome for some of the interior set pieces; you get the full atmosphere and desolation of the South Bronx during the late 70’s and early 80’s; a time I remember the most fondly when I think of NYC (1980’s-1990’s). The 70’s specifically (although before my time) was a vibrant time when HipHop was just born and so much innovation in subculture was being cultivated and building from the ground up in the shadows of bombed tenements and the ruins rubble, abandoned cars, open fire hydrants all due to a city at the brink of bankruptcy … but, still very much alive. 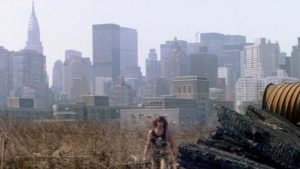 The movie is set sometime after 1990; the Bronx has devolved into a lawless territory run by gangs. The General Construction Corporation has designated the entire Burrough for evacuation and demolition for new condo’s and high-rises. The residents are being forcibly evicted from their homes and incentivized to relocate to New Mexico (“Yeesh”).  The pretext for this being some sort of viral outbreak spread by rats. Could it be a hoax? Who knows.

Trash is the former leader of a biker gang in the area that has become a loner and enemy of the state. His parents are flambéed by Corporate GCC goon squads running vagrants out of their homes and it pisses him off. Trash is on paper a, rugged, take-no-nonsense rogue, with a steel gaze and a wolverine’s tenacity. However, the part is played by an inexperienced young actor that lost a lot of muscle mass between this film and the previous film; an inexperienced actor that saunters around looking off camera like the director is pointing to his marks. It doesn’t matter because the movie works in all the wrong ways. 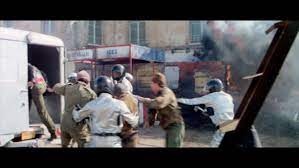 Trash is thrown together with a troublesome reporter trying to get to the bottom of the GCC and the city’s corrupt plans of gentrification. Later they are joined by the leader of a subterranean confederation of gangs as well a former bank robbery turned mole man and mercenary.

The shit is sure to hit a giant fan by the time the movie ends and I LOVE IT. I LOVE NY.

Escape from the Bronx has a runtime of 89 minutes, was released on August 1983 in Italy and premiered in the U.S. on January of that year. It is available to stream on Amazon Prime and here with subtitles on YouTube.

Enjoy this gift I’ve found for you. Keep yourselves safe, nasty and disobedient …. But, above all else “Keep your finger on that REWIND button”.