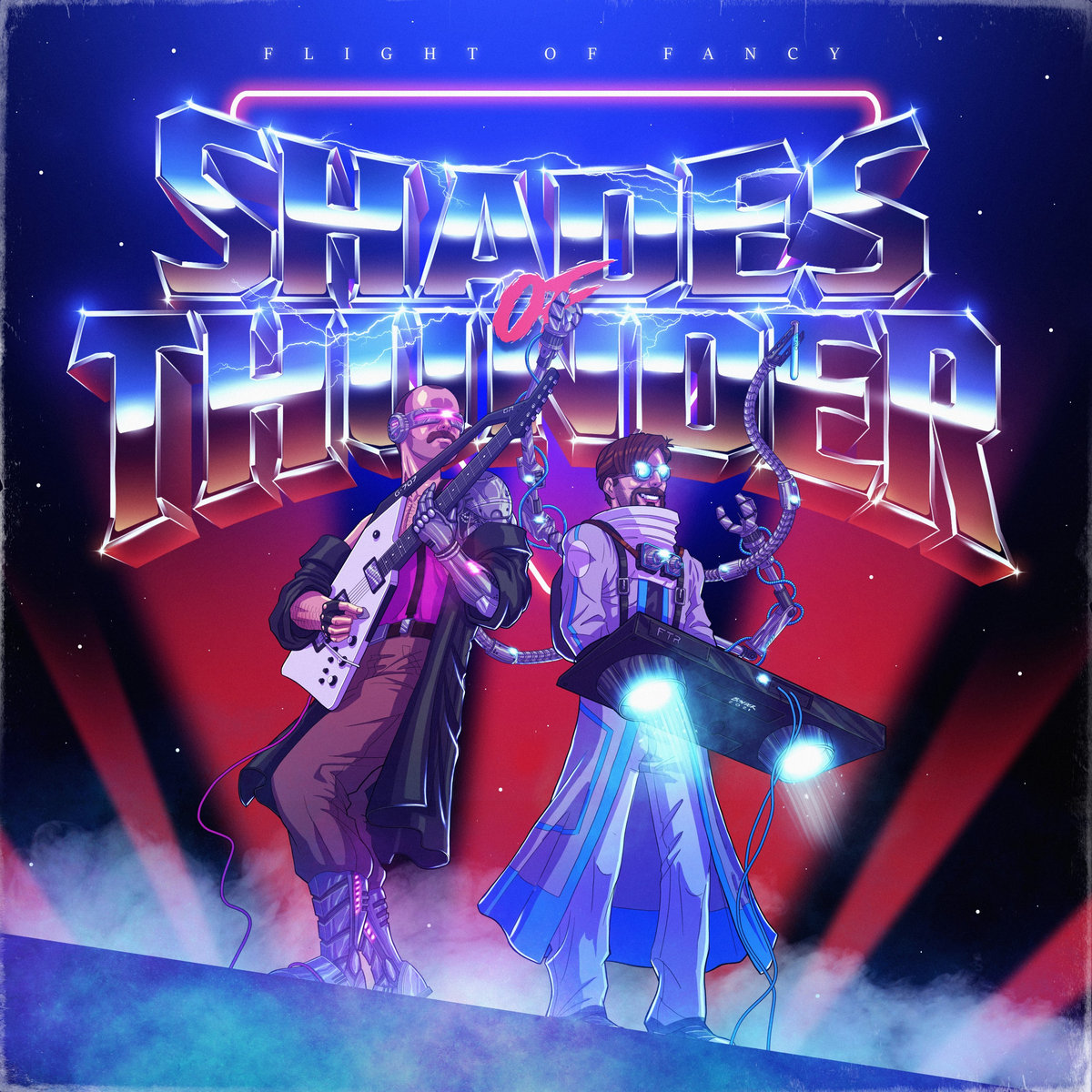 After dropping a series of singles throughout the year, Shades of Thunder have finally dropped their debut full-length album!

Formed earlier in the year, Shades of Thunder is a power-duo comprised of Viennese producers Powernerd and Edictum, whose combined forces are set to rock the scene with their funky retro-futuristic grooves and catchy synth leads. Flight of Fancy is a retrofuturistic thrillride packed to the brim with the stuff retro dreams are made of, complete with a shiny cast of guests.

Spoilt as we have been with the half-dozen singles that dropped ahead of the album release, one does end up yearning for more new tracks. However, their recent post-album single drop ‘Darkness Falls’ comes as quite an encouraging sign that the boys will be back with more before we know it.

Shades of Thunder ‘ Flight of Fancy’ is out now via Bandcamp and Spotify.