So I saw the new Mortal Kombat. And It was I don't know

So I saw the new Mortal Kombat. And It was I don’t know…. It was… It was a blessing to watch it for free at home instead of travelling and spending money at a theater…. The fatalities were cool. Kano was entertaining. I hated this new lead character they invented for the movie that for some reason resembles Will from Will & Grace, to me; I’ll call him Golden Arms/Not Scorpion. Kabals voice was a big “WTF,  seriously?”. Goro looked like the Hulk from Any Lee’s Hulk. Liu Kang was a twink and just a throwaway character. Kung Lao rode that bat bitch like a surf ninja other than that he was forgettable. Everything just happens and character development (if any) and relationships were forced.

Example: “I have to find that woman Jax mentioned named Sonya Blade.”

My response: oh that person you were told to see by the stranger, that you didn’t know, who saved you from the ice guy you never seen before turning July snowfall in a hail storm. No address/nothing just a name and city. You just accept this with no doubt in your mind like “Okay”. You calmly have that conversation with your wife after you tuck your daughter to bed AFTER almost being assassinated by an ICE NINJA, a few scenes ago. Golden Arms just packs up leaves. Like Frosty the Super Ninja won’t find them there unprotected: no firearms, no security. Sitting ducks.

So Golden tits goes off on his journey and just “boop” magically finds Sonya living in a trailer. What follows is Exposition, “yadda yadda, yadda”, intro Kano, more exposition, “blah,blah,blah, outworld, outworld, earthworld is fucked, Raidens temple, then they are attacked by Reptile, Kano steps in and Kano delivers his fatality- Cool.

The opening scene was good with well-shot cinematography; sucks the lovely cinematography ends there . The story……what? I laughed so hard at Jax’s T-Rex baby short circuit robot arms in every scene until they levelled up for I guess you can call it the climax, if that.

The musical score sucked. Joe Taslim was awesome as always. And that ending – “Fuck You🖕”.

Some parts I liked but, it all just felt very much like street fighter the movie. The humor was okay in parts. But it was all so rushed. I’m sick of Hollywood movies setting up cinematic franchise universes instead of “let’s make a complete movie n if it sells we’ll add to it.” No, nope, not here. I expected an MK movie not a prequel.

Another case of cinematic marketing expecting you to sign on for a series of installments to tell a story and world build rather than go for it out the gate.

I’d prefer to watch the original film with all its cheese. Fuck it I’d rather watch RAID 2 or The Night Comes for Us on NETFLIX. Out of a 5 Mortal Kombat gets a 2.5. No cap

Btw if you like the new Mortal Kombat,. I’m Happy for you. I really am. Enjoy it. I can also recommend some muppet movies, ghibli films and superhero movies if you like…

However,  I did not. As for those fight scenes 🤮🤢. It is 2021; you live in a wonderful era of fight choreography n in camera stunts. There is no way -after watching -John Wick movies and THE RAID movies that you can be impressed by choppy edited fight scenes that, in the words of Bruce Lee, “lack emotional content”. Shit I’d say rewatch the Story of Ricki-Oh. Deadass. 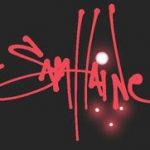