French Outrun artist Niky Nine released his latest EP Black Sharken last Friday via Lazerdiscs Records. Following up where his 2019 debut album Suncore had left off, this fresh new release marks the end of the Ozuwara narrative ark  and sees the artist finetuning his production 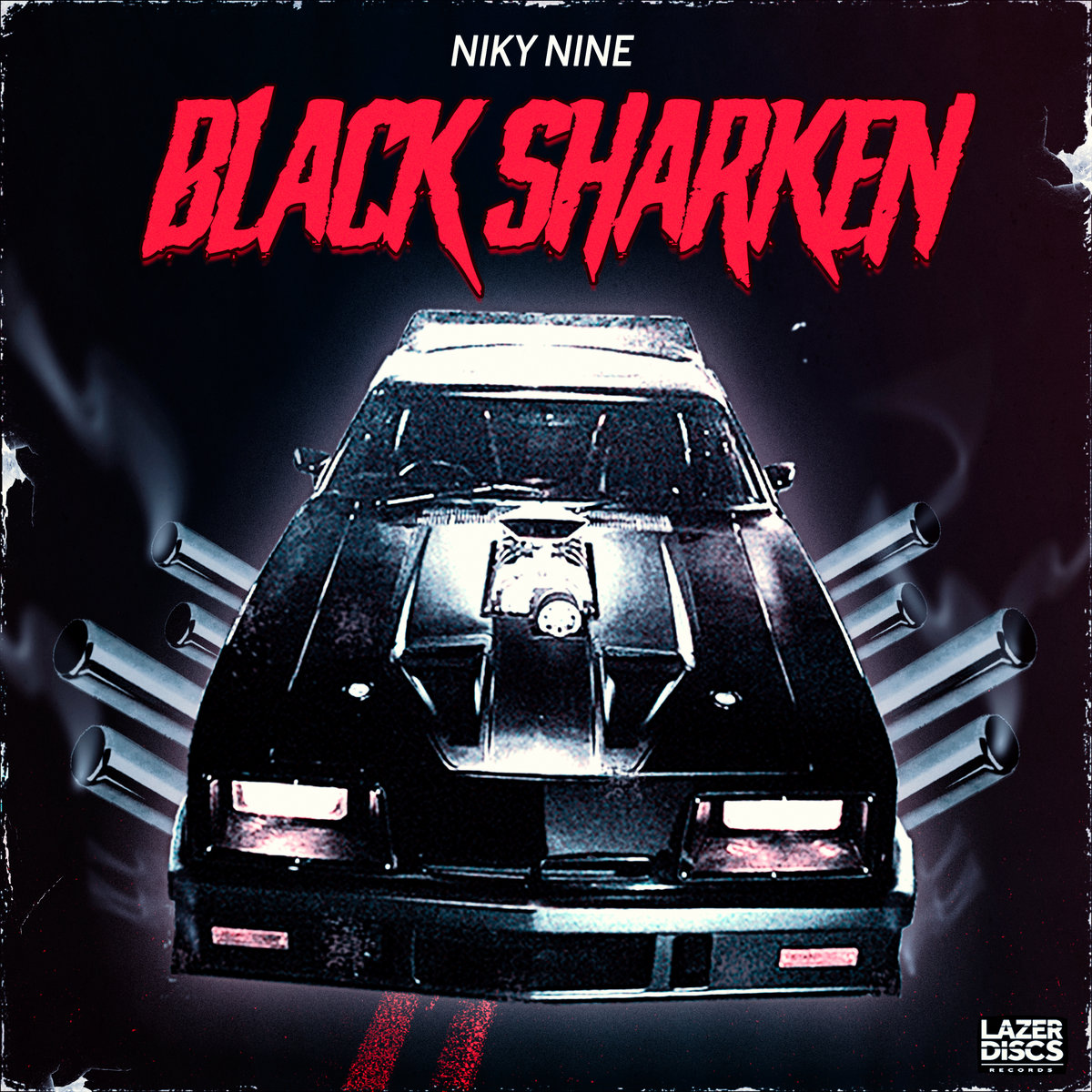 Following up where his 2019 debut album Suncore had left off, this fresh new release marks the end of the Ozuwara narrative ark  and sees the artist finetuning his production skills to deliver a six-track dose of slicker, darker and groovier EDM-meets-French-Touch infused Synthwave cuts to rev your engines to.

“End of the road…

As Hydra, the old and decaying Military Defence Satellite, looped the lands and played Ozuwara, the heroin of this tale, into the hands of the punk outlanders for hire, the Krueger Clan.

Ozuwara was not to know of this threat, too busy rolling the sands of the old world trying to find her man, her love, her life. They were cruelly separated to break their hold on the people, leaving Ozuwara increasingly venerable to an imminent attack, she had no choice but to search for him, to drive and fight her way through until she hit the sea, only to go back again. No rock, shack, mountain, or woodland could be left unchecked.

Stopping to dig for fuel just after running out of her reserves, Ozuwara stepped out to first quench her thirst, as there was also water to be found. Calling, she could hear calling… Drink poised at lips, she listens… Her name, over and over!

Far out to the right a glimmer of a figure is seen waving in the distant heat. After fetching her binoculars she can do nothing but stare, in fear of blinking in case her love vanishes before her eyes. As it was him, she was sure.

There he stands, there he waits!

Throwing her binoculars to the ground she frantically waved and shouted back before running to him, running and running and running. Lungs bursting at the seams, hips about to give out, Ozuwara tripped and fell flat into the glass and salt. But as she pushed against the ground an unmistakable sound of a bird of prey freezes her in the heat.

Hollow Hawk. Led into a trap she has been and Ozuwara cannot believe her naivety. Warr is now upon her.

The Hawk nips at the inside of a wing and then takes to the burning black sky, circling the kill.

The plan for the Krueger Clan to rid the underworld Leaders of the overworld’s final pawn of justice is in effect. They climbed out through the ground, out through the grains to inflict much pain on this warrior.

Death didn’t come quick, they wanted a fight and they wanted to see a slow and satisfactory end… They wanted her flesh, blood, and guts to stain the land in this last stand, to mark the end of Ozuwara, the end of the resistance.

Soon they drank and celebrated the slaughter and then left to commence the New Order. The buzzards and the flies and the bacteria claimed their rights over the remains, and then the no light remained. There was no longer any need for it for the cities no longer had a threat, the people would now have to follow or go off and die in the world’s many deserts. The cities would now be lit in non-stop neon, forever.

But as the days rolled on the storm rolled in and the Shaman came, holding the torch to bring Ozuwara back from the flames.

The ceremony was set, the torch was aloft above the dark stained sand. The chant began, supercharging the scene, bolts of electricity stretched across the sky but you couldn’t hear the thunder for the rumbles from under their feet grew stronger and stronger and stronger.

The ground cracked and the crack spread wide and beyond the ghoulish gathering. The chanting stopped. The lightening stopped. The red light from the centre of the Earth shone on their twisted faces. The hooded Shaman tossed the torch into the opening bringing a conclusion to the resurrection…

Join us in witnessing the end of the Ozuwara Trilogy and the beginning of something bigger and more powerful.
– Niky Nine (Bandcamp)”

Black Sharken is available via Bandcamp and Spotify.