NewRetroWave's latest release is "DRYVE" - the remarkable debut self-titled EP from the artist DRYVE, aka Colorado based Ross Ryan Edsall. This EP is filled with memorable hooks, great synth leads, and top-notch vocals. At times "DRYVE" is reminiscent of Michael Oakley or The Midnight,

NewRetroWave’s latest release is “DRYVE” – the remarkable debut self-titled EP from the artist DRYVE, aka Colorado based Ross Ryan Edsall. This EP is filled with memorable hooks, great synth leads, and top-notch vocals. At times “DRYVE” is reminiscent of Michael Oakley or The Midnight, with some truly awesome sci-fi influenced synth work backing crooning 80s vocals and the occasional lines of blistering sax. It is definitely a top-notch release worth checking out!

New To The Scene…

The first thing I noticed about this project, as I did a deep dive for this review, is that DRYVE is fairly new – in name, at least. After releasing a few (admittedly great) singles on soundcloud, bandcamp, and youtube, he’s slapping out a big release on NewRetroWave. The singles on bandcamp only just started to be released in 2020 too – although tracks on DRYVE’s soundcloud reach back to 2018.

However, it’s easy to notice that even DRYVE’s very first tracks are high-quality, well thought-out productions. The farthest back I could find was a 2018 remix of Mitch Murder’s ‘Taken.’ Although we can hear some minor production improvements since then – it still absolutely slaps.

DRYVE also released a collaboration track, ‘Trauma‘ featuring brothel. – a pretty well known witch house artist – who is currently scoring a Netflix series. So, it is pretty clear Ross Ryan Edsall has some great production chops and has likely been producing music for some time before the DRYVE project. A bit more digging, and sure enough – I was able to find a series of musical projects DRYVE is involved with: Lucy Daydream and Zombie Americana.  Both of these projects are fantastic – though not necessarily synthwave based – but you should definitely check them out anyway!

…But Not New To Production.

So, DRYVE may be new to the synthwave scene, but he is certainly not new to production. This stands out in the “DRYVE” EP , which floats through various synth subgenres with ease while still retaining a mature and developed sense of cohesion. ‘Looker’ has a strong bend of cyberpunk with its strong synth bass line and almost eerie leads, while ‘Online’ feels more traditionally synthwave and outrun. The Hunz features ‘Mirror,’ ‘Synth on Fire,’ and ‘Come Undone” have killer hooks and synth that seems to have its roots in dreamwave and synthpop – at times almost reminiscent of The Midnight. This should come as no surprise, as Hunz has offered vocals on quite a few notable project so far – like Futurecop!’s 2017 “Return to Alvograth” and the 2014 “Fairy Tales.”

While DRYVE is new to the scene, the “DRYVE” EP is a pretty fantastic release that offers something for almost every kind of retrowave fan. Although half of this release is vocal-backed dreamwave and synthwave, DRYVE’s previous release with brothel. and the Mitch Murder remix also show DRYVE has a lot of potential in the cyberpunk and darksynth subgenres as well. This is certainly an artist to watch, and I’m excited to see what he has in store for the future. 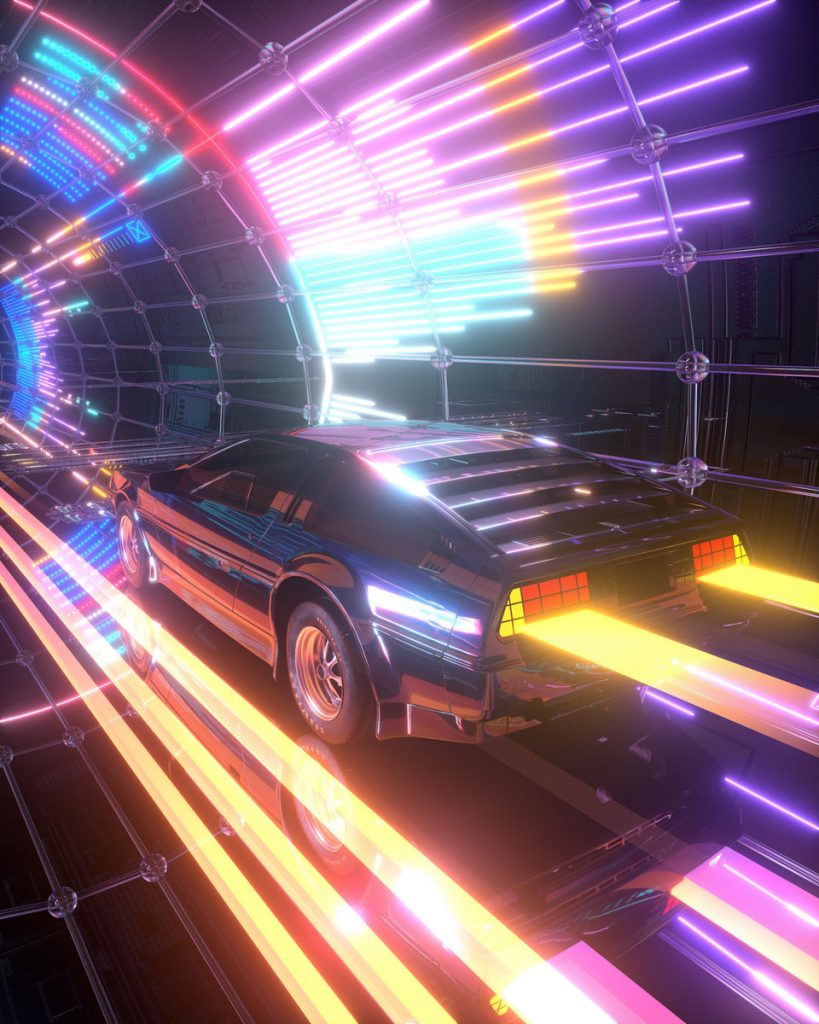