Sunday, lovely Sunday. For those who still haven’t the option of stepping outside, our stroll down memory lanes has extended into the weekend to bring you some more memories and words from Synthwave’s most brilliant talent. Our guest of the day is none other than

Sunday, lovely Sunday. For those who still haven’t the option of stepping outside, our stroll down memory lanes has extended into the weekend to bring you some more memories and words from Synthwave’s most brilliant talent. Our guest of the day is none other than Retro-pop powerhouse Dana Jean Phoenix from Toronto, who recently released her latest collaboration album Megawave with Powernerd.

Hi Dana! What’ve you got to recommend to us today?

I would love to talk about the film Labyrinth from 1986, starring David Bowie and directed by Jim Henson. I was born after the movie came out, but it’s one that was really important to me throughout my childhood. Even watching it now gives me that sense of ‘instant nostalgia’. I have some really cool older cousins who played it for me one Christmas when I was young. We were all big David Bowie fans and I remember thinking it was the coolest thing ever. The music was amazing, the visuals were incredible, the puppet-work was really inspiring…

What do you remember about the music you grew up with?

My parents always played a lot of eighties music like Madonna and David Bowie. Later on, I got into Prince’s eighties catalogue. I remember the first album that I ever owned was Björk’s Post. That album really inspired me. Alternative rock was probably my first foray into music though. Electronic came in later on.

Do you remember what got you interested in diving into electronic music?

I think it was the sound of the synthesizers. They sound so warm. To me it’s this perfect amalgamation of humanity and technology coming together: Synthesizers are technical machines that we operate, but they ultimately need that human touch, that human connection to allow them to come to life. I love that aspect of it. The songs also remind me of the eighties music that I had been listening to as a child.

I remember getting into Boards of Canada and thinking what an incredible sound they had. That was also a big draw for me to jump into the Synthwave scene. I found that a lot of these Synthwave artists were incorporating these nostalgic eighties synthesizer sounds in a way that sounded poppy and dance-y, which is closer to my background as an artist. I like to perform and sing very upbeat music, and I like the fact that Synthwave is a nice fusion of the two worlds.

What I love about Synthwave is that it covers such a broad range of different types of music. You can have some of that orchestral, cinematic approach, or you can have some of the more dance-y, techno approach. You have great artists who are able to write really slick pop hits within that Eighties retro nostalgia framework. There are similarities to modern pop in that you can have great melodies, catchy hooks, and memorable choruses, but there’s a bit of grittiness, a bit of an unpolished, nostalgic feel to Synthwave that is more appealing to me than what you hear in some of the ultra-slick modern pop songs out there on mainstream radio.

Do you remember how and when you came across the Synthwave scene?

I believe it was on Soundcloud. I was at Theatre school at the time, which was certainly demanding and a lot of it was producing other people’s written work, whether it be music, monologues or theatrical pieces. I needed this creative outlet to explore my own voice and musical creativity. I believe I stumbled upon Robots with Rayguns and Betamaxx on Soundcloud, and I immediately fell in love with the sound and vibe that they were putting out. I reached out to them and they agreed to collaborate on a track, so I started releasing different collaborations with different artists. It all grew organically and ultimately developed into people contacting me and coming up with more and more material. 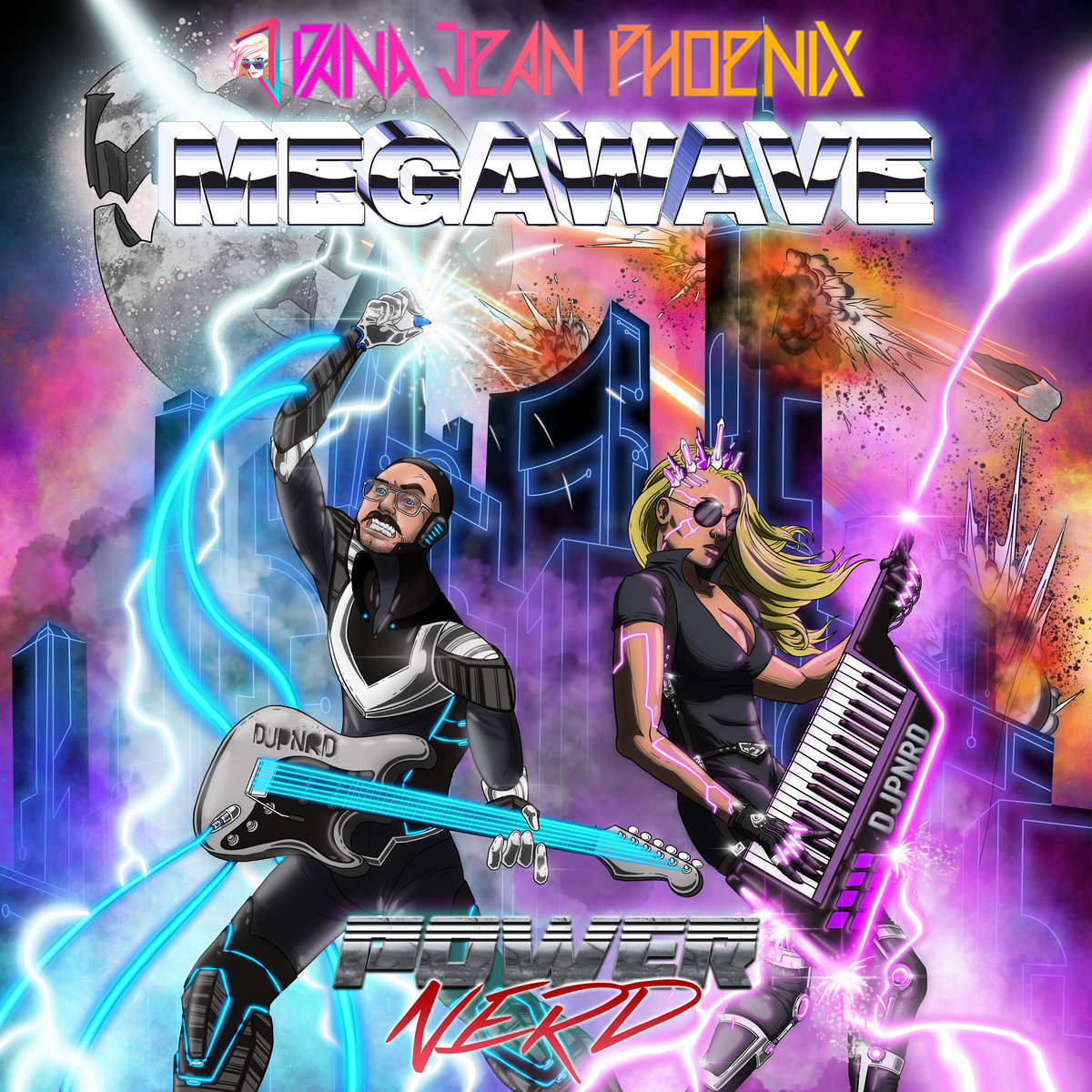 Have you got any news to share with our readers, any updates?

I just came out with the album Megawave, which is the collaboration album with Powernerd. I’m really excited to release it with Outland, which is also an event company that produces live shows. I’ve been really lucky to have performed three shows with them, two of them in London (UK) and once in my hometown of Toronto, where they put on a massive show this past summer. I’ve had a great working relationship with Powernerd over the last few years, working on various tracks. We performed two live shows together before. We have really good energy and we wanted to keep the momentum going with this album. People responding so well to it, and I’m thrilled about that. The next step, once everything opens up again, is planning the next European tour. I’d like to go back out there for the third time. I have dates booked for October, so my fingers are crossed. When everything is safe, it will be so nice to see everyone and experience some great music together under one roof again.

Be sure to follow Dana Jean Phoenix on social media for more music and updates: