Dropping by for a top-shelf crash course in European electronic blasts from the past, Maethelvin honoured us with a magnificent deep-dive into the world of 80s electronic music. As the co-conspirator behind the influential Valerie Collective brought us most of what you hear and see

Dropping by for a top-shelf crash course in European electronic blasts from the past, Maethelvin honoured us with a magnificent deep-dive into the world of 80s electronic music. As the co-conspirator behind the influential Valerie Collective brought us most of what you hear and see in Synthwave today, Maethelvin is a brilliant creative mind whose humility is only matched by his encyclopedic knowledge of electronic music. In this latest instalment of Memory Lanes, our guest of honour gives us a taste of pure Francophone pop-culture from the Eighties.

What’ve you got to share and recommend to your fans and readers?

I went for an album that takes me back to a time I cherished as a kid in the eighties. It’s an album that influenced me a lot. It reminds me of my youth but It’s not something I grew up listening to. I am an Eighties kid but I didn’t fully experience the decade the same way some of my older peers in Valerie did. I was seven years old at the end of the decade, so I didn’t experience all that much from the Eighties, besides kids’ stuff like Chantal Goya (singer), Récré A2 (a Children’s TV program in the 70s and 80s) and Dorothée (French Children’s TV show presenter whose shows helped popularize Japanese Animation in France).

The album I picked is Neurovision by Telex. I discovered this album around the same time the Valerie Collective started, when David (aka College) was just launching his blog. At the time, the Internet wasn’t as developed as it is now. The first version of Valérie was like a moodboard where we’d post stuff we liked; stuff related to Italo Disco, film stills, photos and illustrations from the Eighties… I discovered Telex during one of my internet scavenger hunts through their song ‘Peanuts’.

They’re kind of a Belgian “Joke” band, a trio made up of Marc Moulin, Dan Lacksman and Michel Moers. Marc Moulin is very famous in Beligum, he’s a radio guy who later became a Jazzman who signed to Blue Note records. He’s also the guy who produced Lio’s first hit songs like ‘Banana Split’. They released this sophomore record in 1980, which is seen as some sort of “joke” project in which they were just messing around, although I don’t quite agree with this point of view. The album is definitely a joke with a heavy concentrate of Belgian absurdist humor. There’s a very creative aspect to it, where they’ll allow themselves to go down the wackiest routes whilst keeping the execution top-notch. Marc Moulin handles the arrangements and is an amazing pianist. Dan Lacksman handles the studio machinery and is a bloody amazing sound engineer. Michel Moers is a poet who doesn’t sing all that well but whose lyrics skillfully dance at the edge separating the absurd and the ridiculous. The album art is also fantastic and was done by an artist called Ever Meulen, who has an Eighties Clear Line style (see: Ligne Claire). 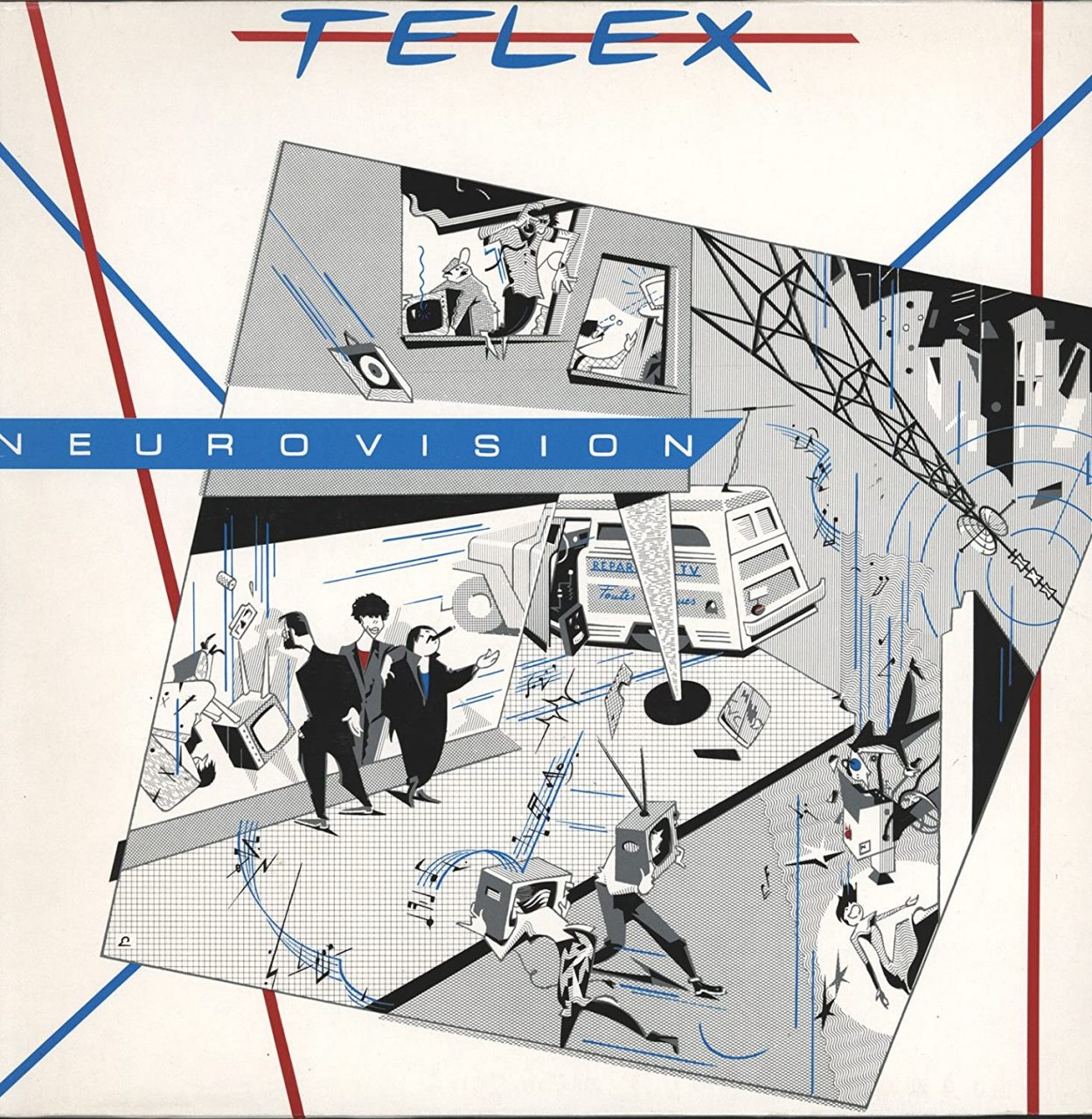 The album has this extremely tacky track called ‘Euro-vision’ that the group presented at the 1980 Eurovision contest. They entered the contest hoping to score no points but missed their goal because Portugal actually liked the song and awarded them ten points. Their performance was pure nonsense and they were really struggling to keep it together. It’s hard to be truly, completely ridiculous. They even took a photo at the end of their set with the flabbergasted audience. With that being said, the lyrics to the song weren’t all that dumb.

The album also has two tracks that I really love. There’s ‘My Time’, which is an Ann Steel cover song. It’s very Synthpop, the arrangements are great and Moers puts on a great performance. Then there’s ‘Plus de Distance’, which is a completely absurd, neo-romantic Synthpop track about airports. It’s one of my go-to songs. It’s tacky but cool. It’s so well done, that the tacky side doesn’t come off as ridiculous.

This is part of the reason why I wanted to bring up Telex. These guys were off the rails but put were doing it extremely well. They would leave the beaten tracks with their musical background and weren’t tied down by musical labels.

Their albums Wonderful World and Looney Tunes were somewhat foundational to the New Beat sound, this short-lasting Belgian music style that marked the clubs of the era. It’s a style somewhere between Hip-hop and early techno, hardcore and Gabber. Telex was somewhat swept up by the movement. By simply fooling around, they ended up innovating and laying the foundation for a number of music genres.

Legend has it that New Beat came from a mistake, that it came from a DJ accidentally spinning a 12” LP at 33Rpm. The movement only lasted a few years. Near the end, everyone was sampling one another. New Beat is basically the same sound sampled a thousand times over. It made no sense, but it didn’t matter.

How does this whacky sense of humor translate, forty years later?

That’s the thing. It’s hard to figure out which parts were tongue-in-cheek. It’s the same deal with Lio. ‘Banana Split’ works because it’s super catchy. For a song meant for radio airplay, it’s really well composed and put together. However, lyrics are pretty salacious, especially when you consider that it’s a 16-year-old singing them. It’s very borderline. It’s a joke, but it’s very well produced. That’s what Telex is.

It may be a joke, but it’s super well done and it’s got a lot of Synth sounds that you still hear nowadays in Synthwave and Synthpop. Even in modern productions like Cléa Vincent, you can hear Telex-like gimmicks such as Jazzy, Moog-esque touches and liquid, resonant sound textures.

There’s a tacky side to Synthwave that artists more or less own up to. We’re borrowing from the Eighties, one of the richest but also one of the worst musical eras, creativity-wise. One of our neighbours played some Jeanne Mas at a quarantine balcony party recently, for example. Her music is tacky, but her songs have some amazing synth sounds that everyone still uses in Synthwave: Fairlight, Jupiter…

Going back to the Valerie collective, do you remember what you were initially after when you started the blog?

I can’t speak for David, and he’s the one who launched the blog. For me, it was the Italian producers like Moroder that fascinated me. John Carpenter’s films came up a lot, too. I remember Valérie being heavily soundtrack-oriented. The goal was to dig up obscure, outdated and occasionally tacky stuff. I remember someone bringing up the credit sequence to Buckaroo Banzai, for example. It’s quite simply the worst movie scene of all time. It’s ridiculous, it’s extremely tacky, but the music is awesome!

Speaking of which, can you tell me a bit about the Hollywood films and series you grew up on?

This is going to sound basic, but the first film that really left an impression on me was Back to the Future II. My friend has loads of VHS tapes, but he only had the second movie in his collection. I watched that film so many times. There was also Quantum Leap, this series by Donald P. Bellisario about this time traveller who needs to take people’s place in order to influence history and return to his era. The guy used all of these silly tricks to replace people and he had this hologram guiding him around that only he could see. Like everyone else, I was also into Star Wars, too. My dad used to watch Miami Vice a lot, which ended up leaving quite an impression on me, especially the flamingos, the parrots and the sailboard in the opening sequence. I came back to it pretty late and started watching it again around the time we started Valérie, which is when I realized how groundbreaking the writing and the music were for its time.

Could it be where the ‘neon’ aspect of Valerie came from?

Actually, we were never really into that aesthetic. Alex Burkart from The Zonders, who is our graphic designer, was probably more into that kind of thing. I think he might have gotten that reference through the world video games. We were more inspired by photos. Stuff like Venice Beach, Florida, architecture…

Lastly, have you got any news or projects to share with your fans and readers?

Lately, I’ve been using my time to finalize some unreleased club-oriented tracks that I’ve been playing at my last few shows. I also got some new hardware and exploring some more Ambient sounds. We recently did this show at La Gaîté Lyrique (Paris) with David (College) for the French premiere of Rise of the Synths. I had prepared a few soundtrack/ambient oriented pieces for the occasion with my new setup, and I’d like these tracks to have a life of their own. The reason why I felt like talking about Telex is also that I’m thinking about going down a more ‘simple’ route. I want to move away from the hassle of production and getting clean sounds and focus on the purely creative side of things. That’s where I’m at right now.

Be sure to catch Maethelvin on social media: 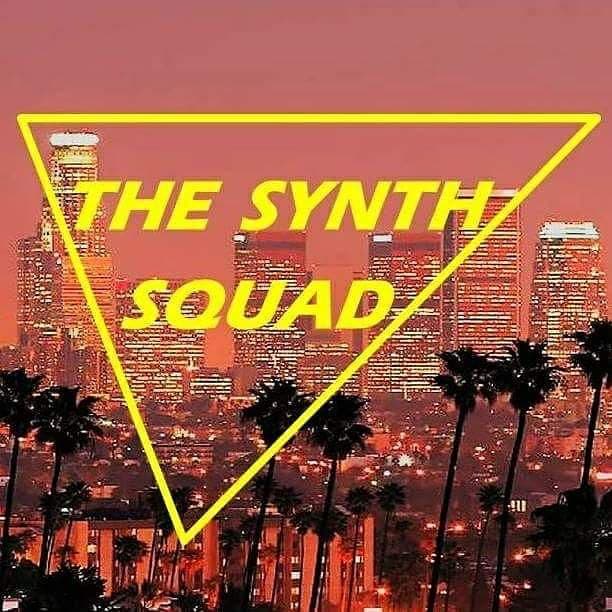 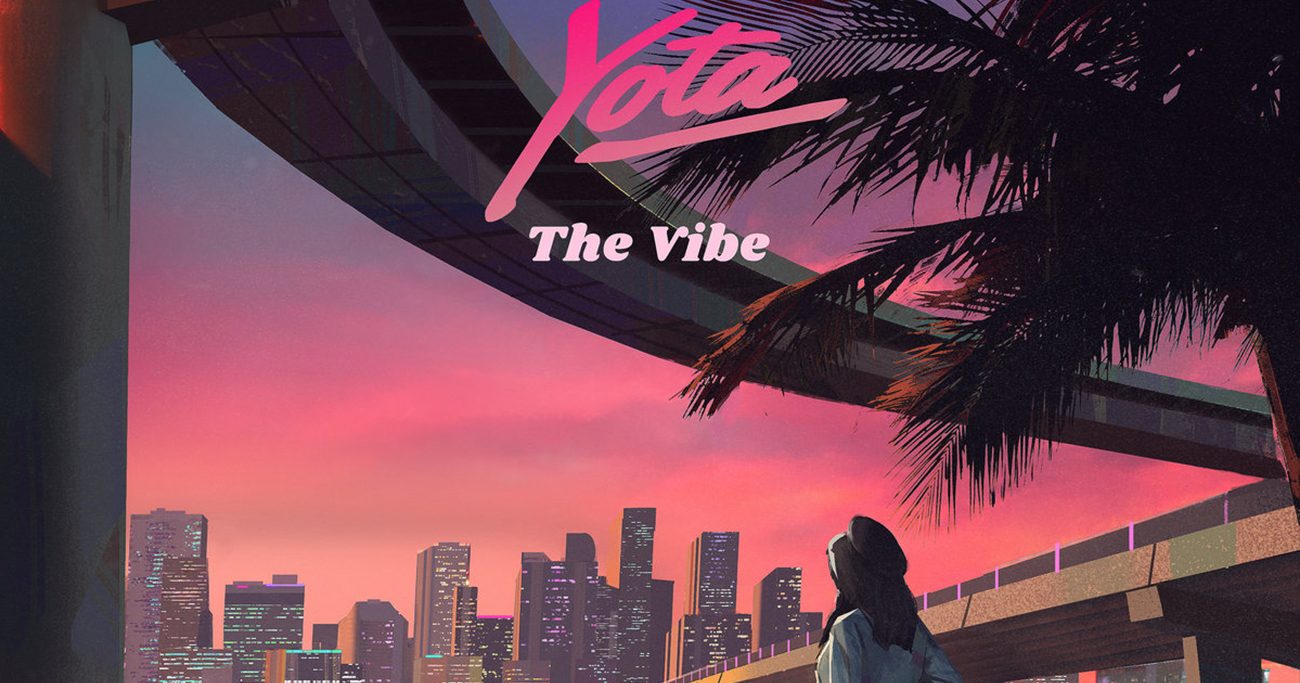