For this fifth edition of Memory Lanes, we are graced with the presence of none other than the scene’s very own shooting star. With the release of her sophomore album Synthian right around the corner, we caught up with NINA with hopes to learn more 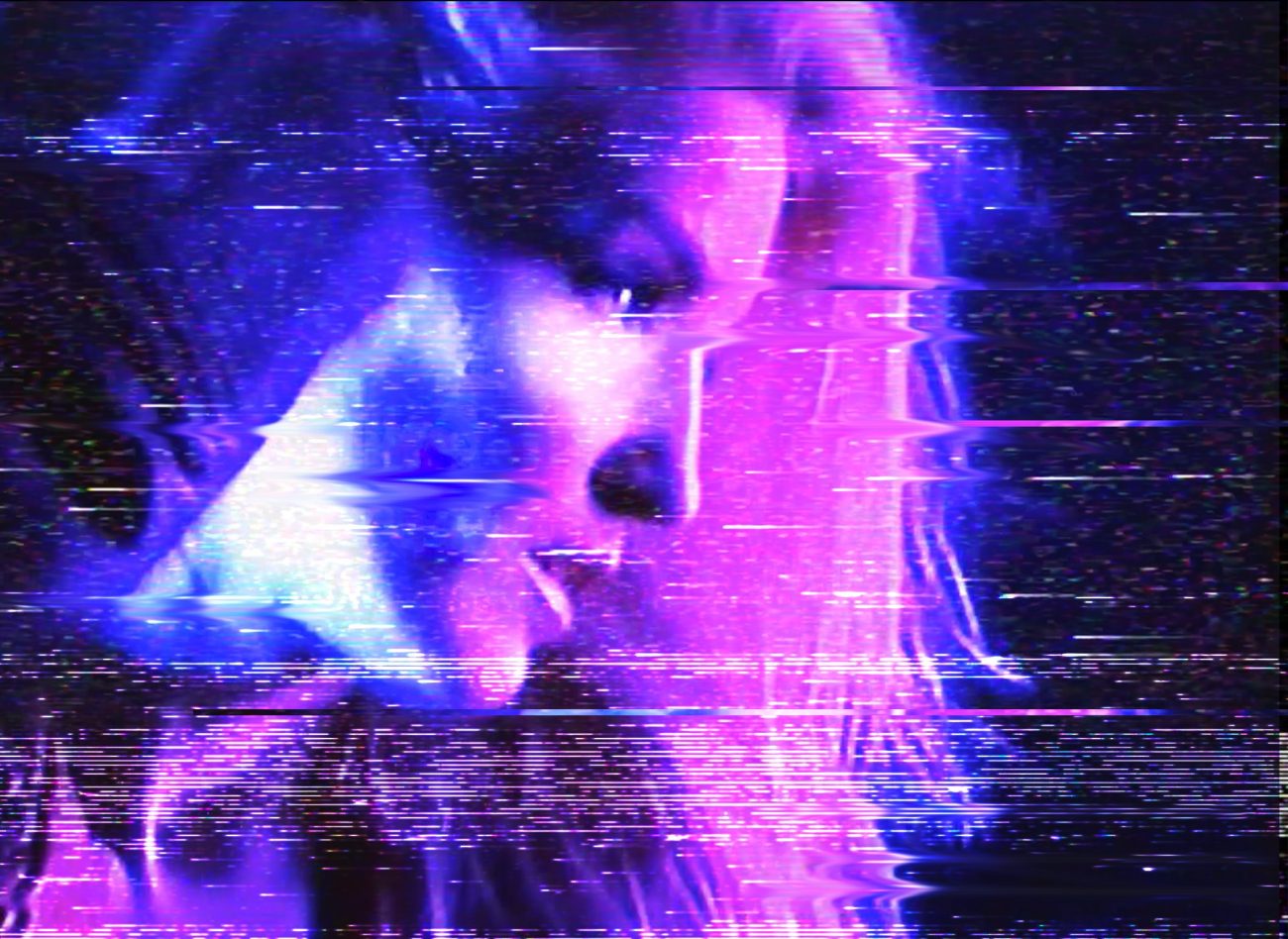 For this fifth edition of Memory Lanes, we are graced with the presence of none other than the scene’s very own shooting star. With the release of her sophomore album Synthian right around the corner, we caught up with NINA with hopes to learn more about the images and sounds that inspired her youth and career as well as catch a few glimpses at what she’s got in store for us.

Hi NINA! Thanks for joining us! What’ve you got to recommend to us today?

Recently I’ve rediscovered Kill for Love by Chromatics. I think the album is so underrated. It’s such an amazing piece of music. Every song is unique and dreamy. Chromatics’ visuals have this 70s’ horror vibe, which I really love. I’m also a big fan of Italo disco.

My second pick is something most people will know, even though it’s not Synthwave. It’s something I grew up listening to. It’s a timeless album. The album is The Bends by Radiohead. I’ve seen them live in Berlin many years ago and I fell in love with them. It was at this open-air festival, the sun was setting and everything felt magical. I just get lost in Thom’s voice. He closes his eyes and is simply one with everyone. It’s one of those awe-inspiring moments. From then on, I became a big fan. There are so many great songs on this album. I feel like every song on an album should work as a great standalone single. It should have a statement that actually reaches to you. The album has a lot to say, and I feel like audiences connect to that.

My third album pick is Pink Floyd’s The Wall. It’s such a classic. My former music manager in Germany was really into Led Zeppelin, Pink Floyd and the Doors. The Doors’ self-titled album was one of my favorite albums when I was a teenager and still is. He was the one that introduced me to Pink Floyd back when we were working on music and trying to find my musical roots.

Is there any corner of retro pop-culture that resonates with you on an intimate level?

As a young girl, I was really into horror. For me, John Carpenter was a huge inspiration. My favorite movies were The Fog and The Thing. I was also really into fantasy films like E.T., Labyrinth and The Neverending Story. These are the references that speak to me the most. They’re very influential films in the scene, especially when you start looking towards the darker Synthwave sounds. I’m thinking of artists like Waveshaper and Nightcrawler.

Would you be open to writing darker tracks or collaborating with this horror aesthetic?

Absolutely! I’ve always been into Darkwave music, actually. I’ve watched Carpenter Brut live and went crazy! I enjoyed it so much. Hopefully, I’ll get to collaborate with some of these artists in the future. I really look up to their artistry. It’s all really authentic. My lyrical background is quite melancholic and dark like Depeche Mode and Joy Division… This is where I really blossom. I can definitely see myself go in that direction more. My new album Synthian has a few poppier numbers, but it also delves into a more serious, darker atmosphere, especially on tracks like ‘The Wire’. I’m really excited for people to hear it.

So, of course, I’m up for collaborating with other artists. Carpenter Brut and Gunship would be my first picks for collaborations. We’ll see what happens! I’m definitely feeling the horror film score vibes at the moment.

The new album Synthian will be out soon within the next month or two.

I’m so grateful having had Lau (LAU) by my side to create this album. We’re a great team! Our long-time collaborator Oscillian produced most of the tracks and I’m also excited to have worked with Richard X again. New to the bill is legendary producer, songwriter and musician Ricky Wilde, who we wrote 2 songs with for the album: ‘Runaway’ and ‘Gave Up On Us’. We also wrote ‘Love Is Blind’ with Till Wild, who is a very talented Synthwave producer based in Germany. 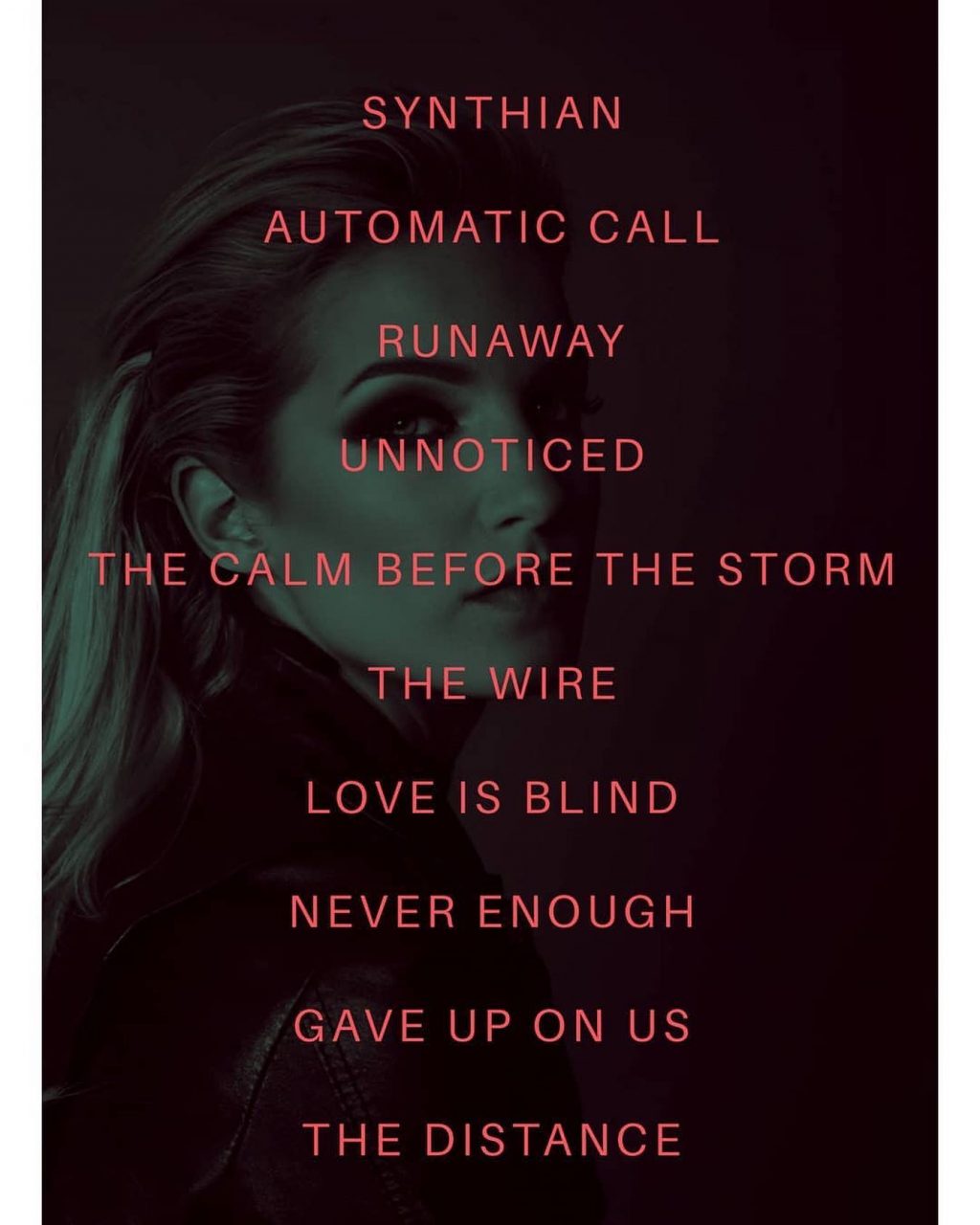 I see the album as Sleepwalking’s big sister. It’s more mature, a little more out there. Essentially it’s a love note to my fans. The title-track ‘Synthian’ expresses my gratitude to my fans for supporting me and my music. The Album is a touch more ‘Cyber’ than my previous work, but it’s still very colourful and dreamy. We’ve got two ballads in there, and the last song ‘The Distance’ is going to be a surprise for most fans. I don’t want to give away too much. It definitely ends with a big bang, that’s all I’m going to say.

Following the first album is always a bit harder, in my opinion. You need to keep it up and bring it up a notch because you really don’t want to disappoint your fans. This is a decisive stage where people determine whether you’re here to stay or not [Laughs].

We also have a big European tour planned. It got postponed, so we might be able to reschedule it for September. Everything is up in the air right now, so it’s hard to tell. I’ve also started to collaborate with Radio Wolf, who’s a very talented producer, songwriter and musician. I think people are really going to like what we’re creating.

Be sure to catch up with NINA via Social Media: