Fishscale: a Retro Flash of Fiction (Part 1) from Hainesville

PART 1 - It was the middle of the night. Chauncey had just stumbled his way out of the VIP lounge and down the alley connecting Spruce to Locust as he was casually strolling to his own beat. His arms moving in rhythm and his stride wide. 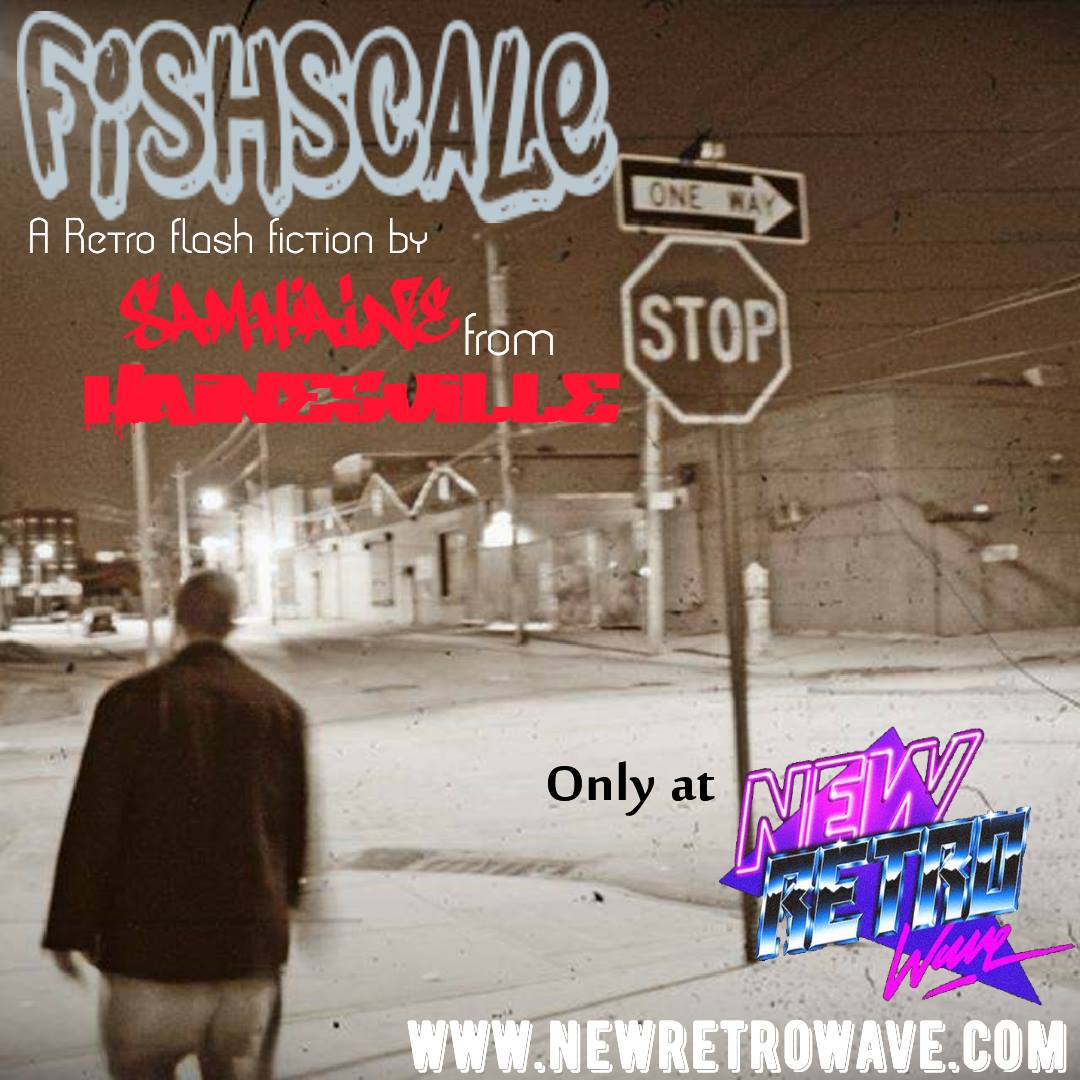 PART 1 –
It was the middle of the night.

Chauncey had just stumbled his way out of the VIP lounge and down the alley connecting Spruce to Locust as he was casually strolling to his own beat. His arms moving in rhythm and his stride wide. Back and forth as he somehow maintained his equilibrium after three shots of pure absinthe and a few crumbs of mushrooms. He was baked, tossed, hammered, grinded up, lit and totally wild as he whistled during his march down the street.

The earphones on his head were pulsing and pushed to their auditory limits with sounds from a personalized mixtape of his own making. Songs by Sisters of Mercy, Siouxsie & the Banshees, The Bolshoi, The Alarm, My Life with the Thrill Kill Kult, Dramarama, Death in June and he even threw in some Depeche Mode and, dare I say it, some Lauren Brannigan.

The music was the soundtrack to his pilgrimage for a good time and some good ole’ cheer. A sincere remedy for the condition of being alive and in the moment. Every second was an elixir to a higher plateau of being. A true objective pessimist, he embraced his stain in the universe and chose to burn his signature into existence like a Turkish filtered cigarette in the ashtray of life.

He was a man of his own making. Too good for Members Only and the only shoes worthy of his feet were some ADIDAS sambas. If it wasn’t two-tone, then he didn’t wear it. His suits were pressed, tailored and smart. The Fred Perry on his pullover never looked crisper. He was a bubble gum chewing aggro; too cool for any school. Maybe that’s why he never finished after Junior year.

The supplier at the warehouse party was dry and he knew it was After Hours at the Shade on 22nd Street.

Past three intersections and well on his way to his destination and soon “Liftoff”. He was well into the guitar solo of “A Strange Day” by The Cure from the Pornography album, when out of his peripheral a white Monte Carlo SS rips a wicked right turn and nearly smears him against the Volkswagen parked at the hydrant.

He felt his soul shift a few inches into his stomach and his testicles shrink.

The white muscle car spun out but the driver regained his control of the car like a professional drunk driver and not some weekend enthusiast. Chauncey was pissed but anger soon became horror  when the pan handler, jay walking, down the street gets hit and lays there broken and in extreme pain on the asphalt.

Just when the night was getting started.