Photo by Unknown, Public Domain   Digital gaming in 2018 is such a ubiquitous part of the modern culture; it’s hard to remember a world without consoles, PCs, mobile devices and the like. Believe it or not, around 50 or so years ago, gaming only existed within the 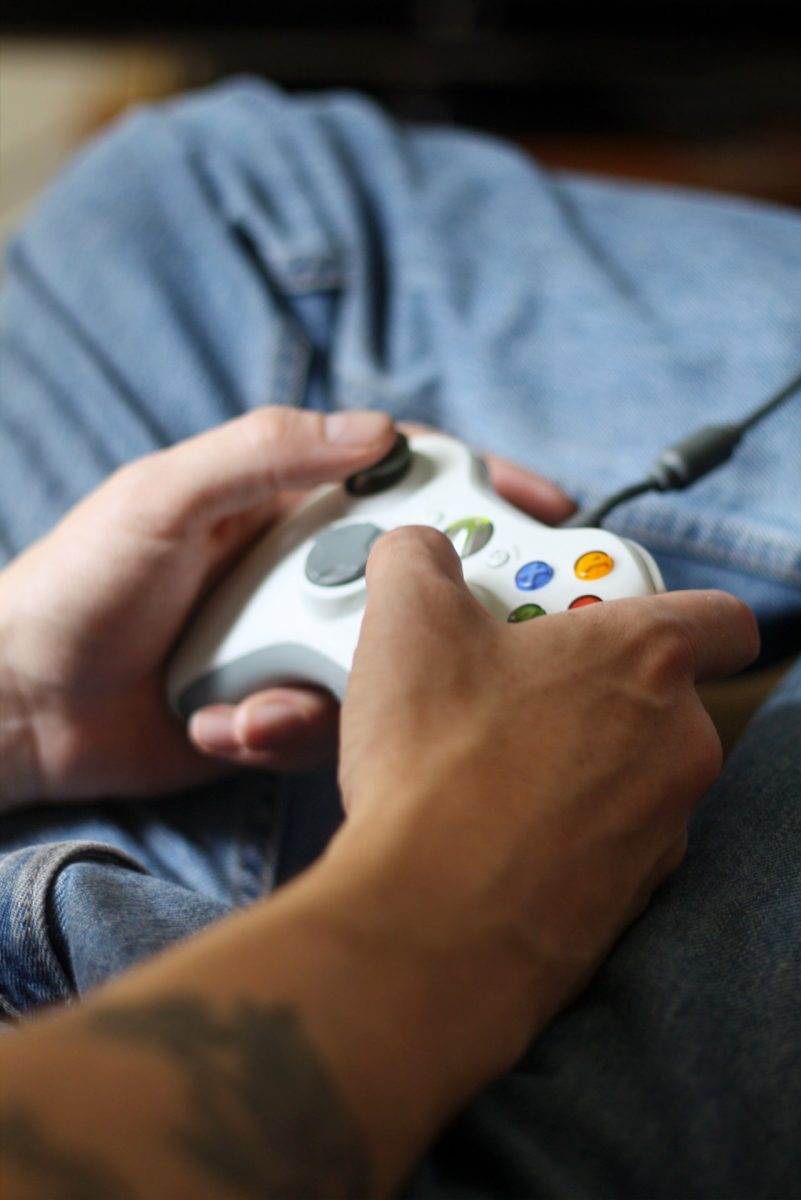 Digital gaming in 2018 is such a ubiquitous part of the modern culture; it’s hard to remember a world without consoles, PCs, mobile devices and the like. Believe it or not, around 50 or so years ago, gaming only existed within the confines of a laboratory! But here we are, decades later with the power to reach players on the other side of the world at our fingertips. Gaming has undergone quite a dramatic evolution over the past half a century; here’s a look back at how it all started.

The 80s: Arcades to Living Rooms

At the beginning of the decade, video games were still mostly to be found in arcades across the globe. Playing games was pretty much a social activity, and titles like the iconic Pac-Manspawned a series of copycat and inferior rip-offs.

As this electric, new decade developed, video games proved that they were here to stay with the release of Nintendo’s first decent home console in 1985: the 8-bit Nintendo Entertainment System (NES). Nintendo arguably set the trend for a new wave of immersive, story-based games with fantasy settings like The Legend of Zelda and Super Mario Bros. Although they were platform games at their core, these innovative titles pushed the medium to its limits.

Not to be outdone, another Japanese gaming giant — Sega — released its first 16-bit console as the 1980s drew to a close, the Genesis/Mega Drive. Choosing a spiky blue hedgehog — Sonic — as its flagship character, the stage was set for a Sonic vs Super Mario standoff!

The 90s: Ultraviolence and Console Wars

Console gaming in the 90s began to take off thanks to a plethora of models released by Nintendo, Sega and the multimedia upstart Sony. The rivalry between Sega and Nintendo kicked off as soon as the decade did, with Nintendo releasing the amped-up 16-bit Super NESin 1991. Thanks to the return of old favorites Mario, Donkey Kong and The Legend of Zelda, Nintendo managed to eke out most of the market share.

That wasn’t the last to be heard from Sega, however, as it still had two firsts up its sleeve: the first console with a built-in modem and 32-bit graphics (Saturn), and the first console capable of online play (Dreamcast). Sadly, for those diehard Sonic fans, Sony would soon push the company out of the market with its cheaper alternative — the PlayStation.

Developers and design studios began to play with what software engineering was capable of in the 90s, unleashing a slew of ultraviolent, ultramodern shoot-em-ups, beat-em-ups, stealth games, RPGs, racing games and survival horror titles into the global gaming community. Amid these R-rated games, popular franchise characters also emerged, and Nintendo pulled off the biggest coup of the decade with its James Bond Goldeneye 007released on the Nintendo 64. 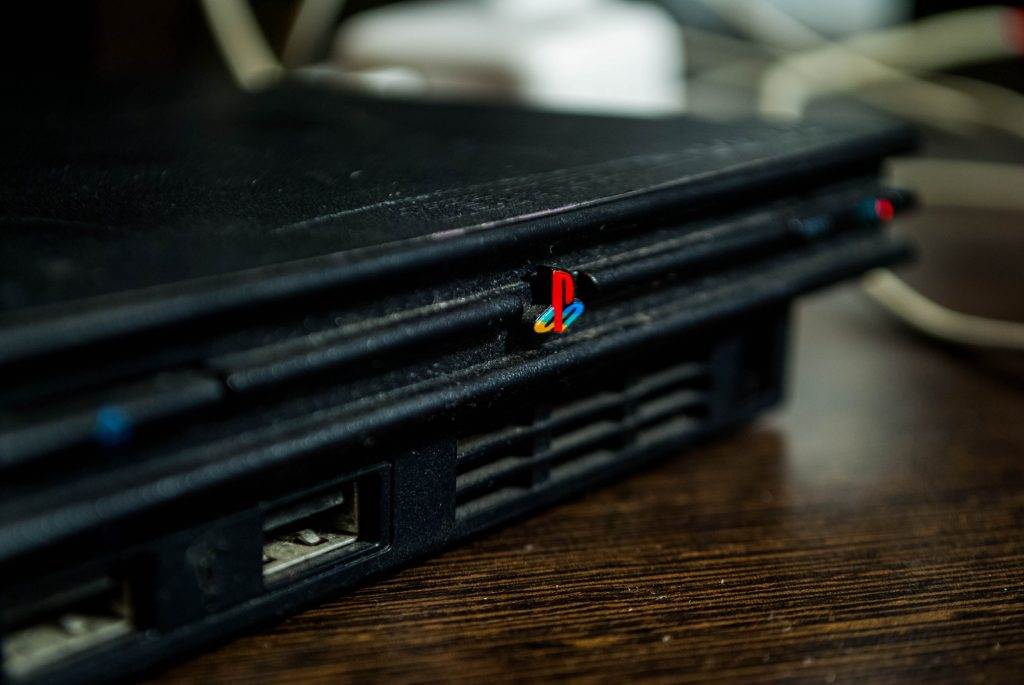 The Noughties: Things Take a Turn to Realism

Not only a new decade or even a new century, the year 2000 marked the dawn of a brand-new millennium. Fittingly, video games became more immersive, more technologically advanced and much more real, and the millennium opened up a whole new rivalry in the gaming world: Sony vs Microsoft!

In the year 2000, Sony sent shockwaves into the community with the 128-bit PlayStation 2. Not only did it feature DVD technology but it also had better graphics capability than a high-end PC and featured a brand-new game that kicked off the trend for realistic gaming environments, Grand Theft Auto. Other titles like Assassin’s Creed, Mass Effectand BioShockwould soon follow, and a whole host of movie tie-ins and games featuring the most iconic characters in popular culture began to hit the shelves.

Wanting a piece of this tasty and profitable pie, Microsoft gave birth to the Xbox, complete with a keynote presentation by Bill Gates himself at the 2001 CES. With an 8GB hard drive, DVD playability, PC technology and (just one year later) Xbox Live functionality, it was everything 50 percent of the millennial generation wanted from a console!

Nintendo gave itself a 21st-century upgrade when it released the hilariously named Wiiin 2006. Offering a way for resolute non-gamers to get involved with, erm, gaming, it was marketed as a way to keep fit and entertain the whole family without having to leave the living room. Then in 2008, a new kraken awoke: mobile gaming! Always keen to be ahead of the curve, Apple debuted its online house of wares — the App Store— opening up all sorts of possibilities in mobile gaming for developers and gamers alike in the process.

2010 to the Present: Independence and Innovation

And so, we find ourselves in 2018 where gaming is big business! From the leading iGaming platforms with their long lists of real-money online games and apps to the esports tournaments where professional gamers go head-to-head to compete for massive prize pools, the global gaming industry is now worth over $108 billion!

Social gaming (PlayStation 4andXbox 3, we’re looking at you!) has been majorly emphasized over the past eight years. New editions to franchises like World of Warcraft, League of Legendsand Dungeons & Dragonshave connected players from Alaska to Australia, and the best ones have even formed teams to compete in those aforementioned esports tournaments.

Since 2010, we’ve also seen a rise in the number of independent games like Minecrafthit the market. No doubt boosted in popularity by the wildfire that is mobile gaming, which accounts for just under 50 percent of the global gaming industry’s worth! The medium is even developing into health and well-being and is considered by some to be as viable an art form as cinematography.

So, where does the future of gaming lie? Some say it’s all going to be about virtual reality and augmented reality in the years to come while others think it’s time to put the consoles to bed and power up the mobile devices instead. However, the recent trend of reissuing those classic consoles of decades gone by does show that we’re not the only ones into this whole retrowave thing!