Philip K. Dick. What more can be possibly said about this outlandish individual when there have already been tens of fountain pens emptied, hundreds of typewriters jammed and thousands of keyboards broken in two over his bizarre, "precise-adjectives-proof" prose? 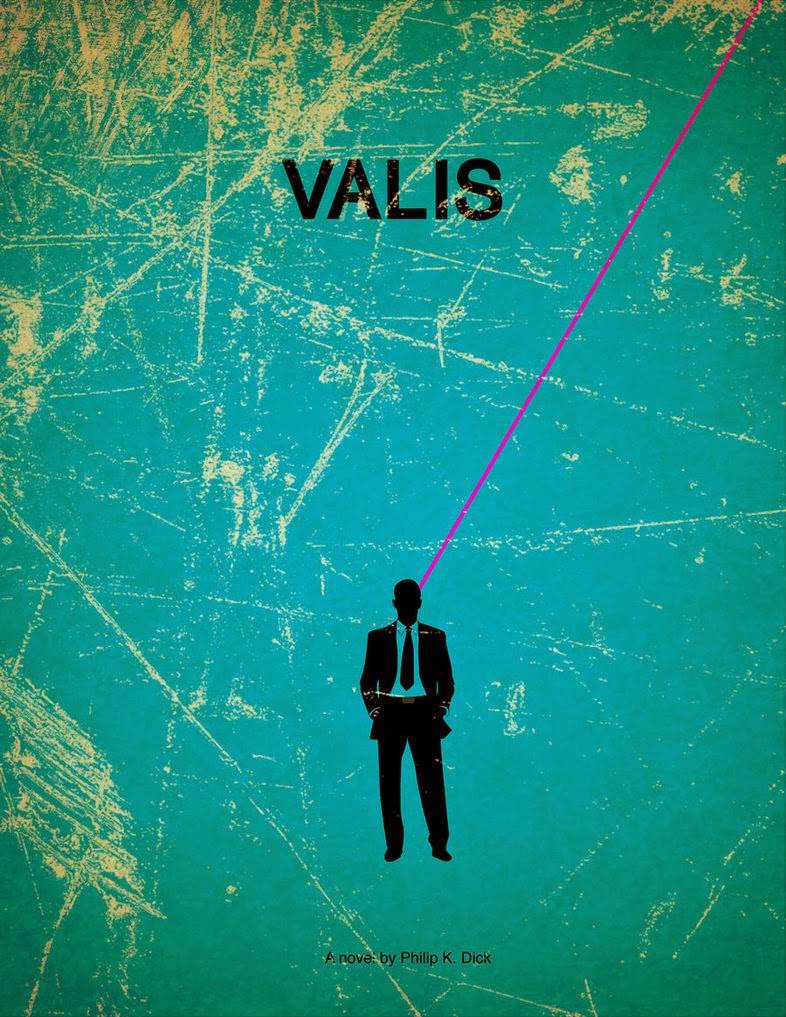 Philip K. Dick. What more can be possibly said about this outlandish individual when there have already been tens of fountain pens emptied, hundreds of typewriters jammed and thousands of keyboards broken in two over his bizarre, “precise-adjectives-proof” prose? Not to mention millions of film spools exposed and billions of hard drives filled to the brim with movie and TV series adaptations of his works. The California-based SF writer single-handledly used to and still continues to rack more brains and overheat more imaginations than all the psychodelics combined were doing so during the 60’s. Now, I know the previous statement may sound like a little exaggeration on my part but wait till you hear the next one. I personally believe (and it would not be only me) that Dick must have been some kind of otherworldly entity or, how he would put it himself, entelechy whose ability to camouflage among earthlings had been impaired upon arrival and the subsequent sojourn in this “wonderful” planet of ours, resulting in a prolific output of novels, novelettes and short stories, all of this to our unmeasurable luck! How else could we substantiate the cause of his preposterous ontology-bending writing whose form is not far from bearing a striking resemblance to Vonnegut’s, Salinger’s or even Hemingway’s, but whose matter easily surpasses most of his SF contemporaries? Putting it all aside for a while, how are we supposed to repay you, Phil?

Having read several of his novels and being vain enough to risk biting off more than I can chew, I have decided to transform myself into another completely superfluous Dickologist. The novel I am going to ponder upon today is VALIS, one of his latest children as well as the first part of the unfinished trilogy which was initially planned to consist of two more titles: The Divine Invasion and The Owl in Daylight. All three of these pieces, along with the posthumous The Transmigration of Timothy Archer are more or less direct aftermath of the (in)famous Pink Lightbeam Strike To The Head event of March 1974 which subsequently had a transcendentally profound impact on our dope-abusing writer who afterwards shifted into divine meditations, claimed that he had lived simultaneously during two different epochs, and crossed his heart that he had been thinking in another language for a while, etc. For more detailed confessions I send you to his journals – The Exegesis of Philip K. Dick – which were edited in 2011 by Jonathan Lethem. They cover all of Dick’s exotically epiphanic experiences in an extensive fashion right there so if you have ever fancied, e.g., writing some classically hermeneutical texts on Philip K.’s prose, be Lethem’s guest. I, on the other hand, will stick to the VALIS.

The plot of the mentioned highly autobiographical novel revolves around one Horselover Fat (if you are laughing yourselves silly at this absurd name right now, go check the ethymology of the name Philip and translate “fat” into German) and his speculative ruminations on numerous matters regarding God and his/her/its involvement in creation and/or “maintenance” of the reality and mankind. Being a slightly new-aged byproduct of the second half of the 20th century, Fat as a character is an exceptionally memorable personification of Philip K. Dick’s own mental derangement (I would have used less inaccurate psychological term, however I am not into the “couchy” stuff at all). The whole book is bristled with psychological nomenclature and its outwork-like elaborations, however they get easily outshined when religious ratiocination steps in. Every time Fat/Dick and his friends are engaged in divine contemplations we surely cannot help but admit that we are peeping the modern incarnation of Anselm of Canterbury mulling over all the inferences of his ontological argument for the existence of God. The passages of Fat’s theological tractate which is being meticulously penned down by the protagonist during the course of events only reassure us in this notion. Fat is quite an eclectic gnostic – he derives from many sources: Christianity, Judaism, ancient Greece, Dogon people of western Sudan and things only a certified fruitcake or a dicky (yes, pun definitely intended!) version of H. P. Lovecraft would come up with. A direct quote from his Tractates Cryptica Scriptura included in the appendix of VALIS speaks for itself: “The three-eyed invaders are mute and deaf and telepathic, could not breathe our atmosphere, had the elongated misshapen skull of Ikhnaton, and emanated from a planet in the star-system Sirius.” Nevertheless, we should not fret over such trifling whimsies and flimsy details too much. As usual, what really counts is that what hides itself behind the hidden.

So what is this meta-concealment I have just hinted on? For an ad hoc clarification I will use a demonstrative, encapsulated example. Joris-Karl Huysmans’ novel Lá-Bas opens with a fierce criticism of Naturalism which was grounded, not only as a literary movement, in the portrayals of a daily ordeal of human existence to the extent of suffering from short-sightedness and negligence of other, more spiritual aspects of life (or so one of Huysmans’ characters claims). Cutting to the chase, it was to reveal the slogs and toils of working man’s everyday life without any form of beautification, “slack-cutting”, mythologization or watering down. The remarkable trait Dick’s prose possesses is that it seems to be a late descendant of Naturalism (most of its protagonists and secondary dramatis personae are average Joes struggling to make ends meet, occasionaly indulging themselves in some oddball activities provided to them by the ludicrously turbulent 20th or 21st century) and yet it does not seem to be so. Nay, I would say that Dick has sometimes less in common with Naturalism than Jorge Luis Borges himself. As if he (Philip not Jorge) was able to pull something absolutely astonishing, something that plunders the ability to find our bearings among the “jumbly”, terraform-ish reality, leaving us at the mercy of unnamable perplexion dipped in a sauce of hysterical nonplus. All of this while keeping the cogs and sprockets of his writing as oiled and dovetailed as a recently overhauled dragster – another feature that allegedly links him to his Naturalistic heritage. Concision and precision have always pervaded Dick’s twisted attempts to turn the reality inside out or, rather, to show its concealed (ir)real nature. Along comes his distinctive treatment of clichéd SF motives too which are used as a mere decoration for the proper chrono-spatial dismantling going on parallelly. That’s what we find in, e.g. Ubik. But does VALIS fall within above characteristics?

I would lie if I admitted that it does and I would not tell the truth if I wrote that it does not. Dick’s divine novel somehow boosts up and formalizes its naturalistic and anti-naturalistic components on its own. Heavily distilled is the mimetic streak: characters serve a strictly expressive purpose of demonstrating Dick’s logical brainwork to prove that the godly existence in this or other form is actually present “out there somewhere” – to quote innumerable B-class horror movie characters trembling with terror and hiding themselves from the perfectly predictable killer inside their bedroom closet upstairs. On the other hand, pumped up with anti-naturalistic steroids, there is VALIS’ general ambience of an infinitely indescribable “waiting” for something which neither can nor will appear. As we move along the pages, it builds up gradually – a shapeshifting indiscernibleness – triggering tremors of uncertain anxiety bit by bit. While being trapped inside its insufferable pangs, we unexpectedly begin to feel for Horselover Fat and his pals, especially when our overly speculative bunch of guerrilla gnostics has just been intoxicatingly fascinated by the movie Valis… What strikes me the most is this vague foreboding that the world is a totally hopeless unattainability, a hapless mishmash of occurences and recurrences, of twisting and bending, of echoing conundrums and dilemmas whose gravity somehow surpasses that of Sheakspeare’s immortal “to be or not to be”. Of course all of this does not resonate in a blatant in-your-face form. Its iteration, repetition, superimposition comes from a different land of unknown overlays. All we can detect is the shuddering – perhaps metaphysical, perhas some other, even more abstract – the feverish quivers of raw naked fear. Is that what one feels while being exposed to the (un)godly presence? Perhaps Manichaeans were right believing that Demiurge was actually flawed and therefore prone to allowing evil to appear and evolve within the realm of material world. As Ludwig Wittgenstein once said: “I don’t know why we are here, but I’m pretty sure it is not in order to enjoy ourselves”.

VALIS – a bittersweet modern-day story of fear and trembling (Søren, don’t be so grumpy!) – and its occluded “neitherness” may be a trial by (u/U)nknown to disclose itself, to really reveal (whatever that REALLY means) what underlays deep inside the outside-ish…hmm… generality of the Universe. Nonetheless, if we are to be condemned to freeze between the state of knowing and not knowing without losing one or few of our marbles along the way (what an abysmally diabolic perspective indeed!), it is a genuine blessing (in disguise) to receive this ridiculously tiny bit of consolation buried in shapelessness and spacelessness of the shuddering which VALIS has provided us with. So maybe Manichaeans and Wittgenstein were not 100% right after all? I do not know…