In the world of fiction, sometimes the curtain parts to reveal a true conflict. The petty squabbles and sex-drenched tousles so popular with the masses are forced to make way for a truly apocalyptic clashing of forces. The few must take up arms against the 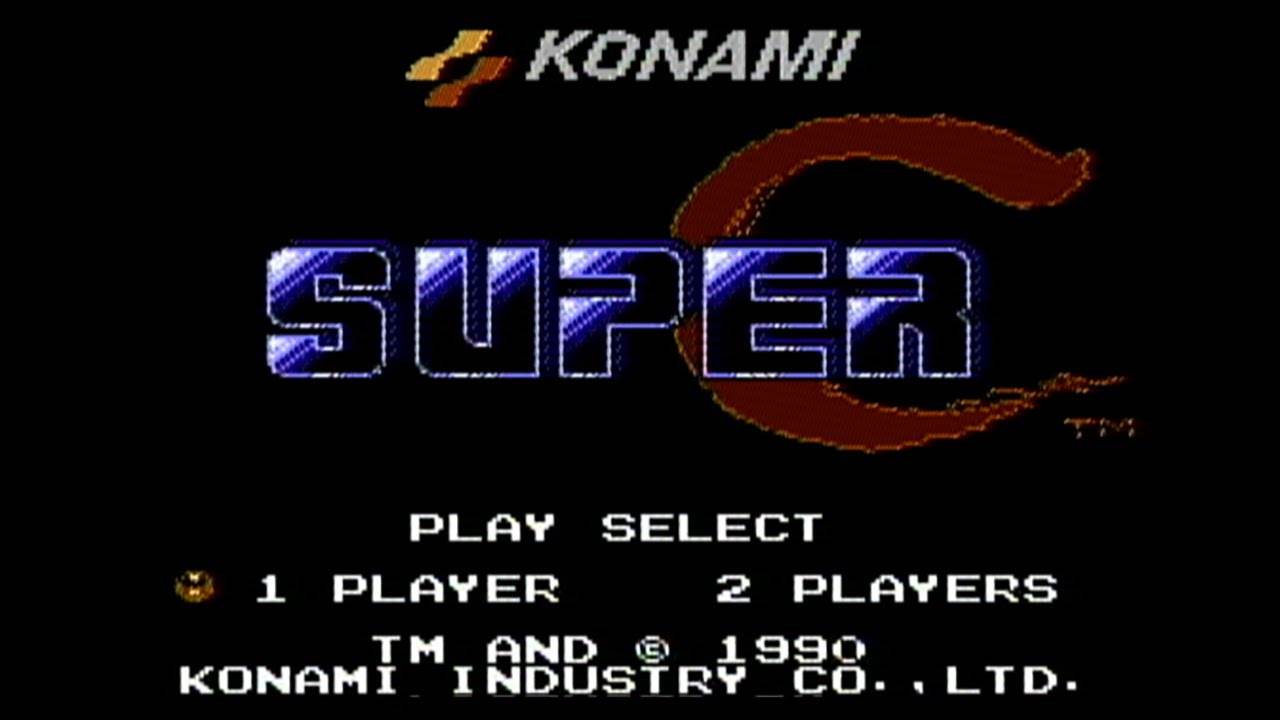 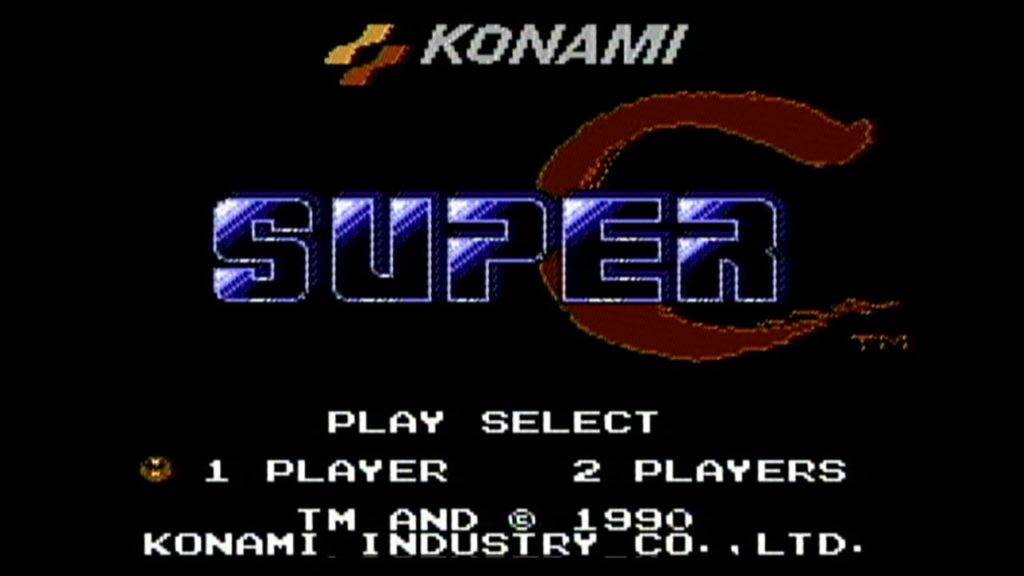 In the world of fiction, sometimes the curtain parts to reveal a true conflict. The petty squabbles and sex-drenched tousles so popular with the masses are forced to make way for a truly apocalyptic clashing of forces. The few must take up arms against the many, and great weapons must be brought to bear. The literary cleverness and lace-doily detective bullshit fall into the flaming mouth of Hell and all that remains is the one crossing of swords that has echoed (and will echo) through eternity: humanity vs. anti-humanity. If you wish to leave moral relativism on the curb next to the garbage where it belongs, let’s call it what it is… good vs. evil.

Hence the significance of the Contra series.

Super Contra picks up the guitar where its prequel left it upon the stage, reaches back toward the amp and turns the bitch up to 11. The story continues like so many in classic gaming do: The big evil bad guy (in this case, the nebulous alien force referred to as Red Falcon) has reclaimed a piece of Earth to stage an invasion. This time, it’s not just some piece of God-forsaken jungle. It’s a whole military base, including the personnel. Of course, Earth’s leaders shit their pants and call up the two hardasses who put a stop to the first fiasco: Bill Rizer and Lance Bean.

Lance Bean. Now there’s a name you’d better wear like a bad motherfucker if you intend to be taken seriously, ever. And he does.

Konami released Super Contra in 1988 for the arcade and the NES (titling it Super C for American audiences), also dropping versions for Amiga and DOS. For the purposes of this article, I’ll be looking mainly at the arcade and NES versions. 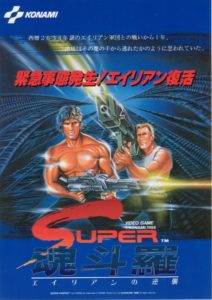 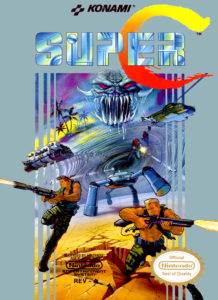 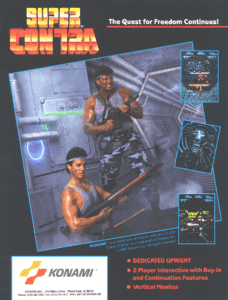 If you’ve played the original Contra, you’ll find minimal surprises in terms of gameplay when you first leap off the helicopter in Super C. The same basic ideas apply: you’re blasting and trying not to get blasted in turn, while scooping up better weaponry along the way. The action is a bit more intense, and the stakes are every bit as high. Playing with a buddy ups your survival chances, as you’ll definitely want someone watching the rear.

I suppose I was bullshitting you a little bit… Super Contra has some top-down stages that are a little different from the chase-view “base” levels present in its predecessor. Threats come from everywhere, 360 full degrees of danger pressing in… but the added perk of these levels is the presence of “Shells” (read: screen-clearing bombs) that come in handy in a tight spot. They’re sparse, though, so use them wisely. 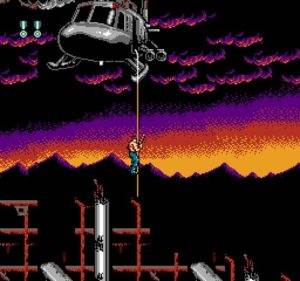 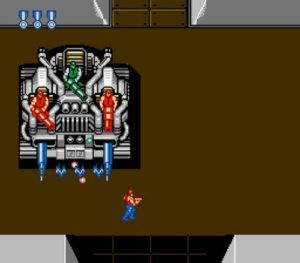 Graphically, both versions of the game are simply doing more with the same toolset than their predecessors did. This is most evident with some of the boss designs; where you faced down a lot of giant-robot-looking shit in Contra, you’ll be seeing a lot of gnarly bio-monster art here, and it’s stunningly well-done. It’s even a little frightening. The soundtrack shines, and is probably the strongest point for me personally. Konami rarely failed to deliver in this department (which I suppose still rings mostly true today), and Super Contra is no exception. No one likes a lame first level music track, and that’s not a problem anyone has to worry about here. 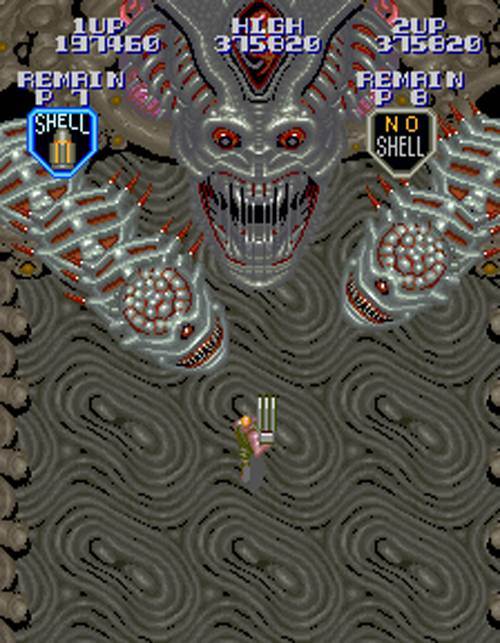 Super Contra is a sequel where sticking close to the original format was the best possible idea, and it comes off extremely well. It’s every bit as pulse-pounding and intense as its predecessor, if not more so. I give it 8/10.