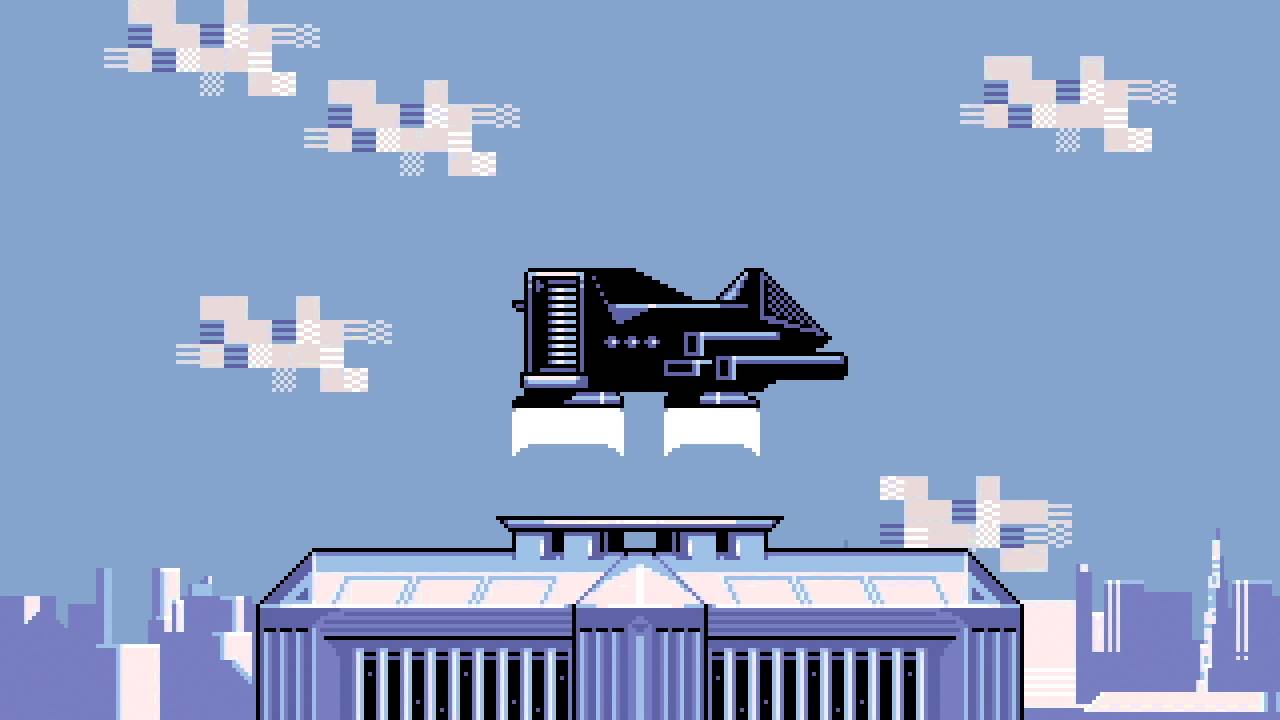 2017 has been… well, in a lot of ways, it’s been a year I don’t think I’m fully qualified to weigh in on in terms of overall quality. To avoid going on a long philosophical tirade, a lot of things have happened and are still happening, and the world has changed a lot in 2017. One thing I can say with absolute authority, though: 2017 was one hell of a year for gaming.

We normally talk about the literal classics in my articles: games that came out when we were young, that defined our video game experience as we grew into what we are now. However, sometimes I like to shine a deserved spotlight on modern titles that seek to recapture that gold-spun retro feel. They may do it through their setting, their style, even their subject matter. The idea continues to not only sustain itself, but to grow in popularity. Here are the ten games from 2017 that have really stood out in that manner… dare we say, the best of the year. Read them the riot act. Or just demonstrate. Whatever.

A true inheritor of the run-and-gun bloodline, Action Squad is one part squad tactics, one part gunfighting action and two parts high-octane RIDICULOUS. This side-scrolling pixel style number is reminiscent of the earlier Broforce, but its multiplayer and goal-oriented facets are more strongly emphasized. The game has made a deep impact on Steam, even before its full release. Bust down doors, wreck perps, and get wrecked in turn. Action Squad is one of those games where you can’t even get mad when your guy dies, because you’ll be laughing your ass off. Yeah, we got tricks.

If you are one of those diehard fans of the classic Super NES era JRPGs, then this is a must-have for you. Rich, lush pixel graphics combine with a strong soundtrack and a killer storyline to recapture the magic of the genre the way it was when games still came in cartridges. Shadows of Adam also features a refreshing AP combat system, which encourages economical and clever battle strategy outside of the time-honored “thwock and be thwocked back” method. Definitely recommended for RPG fanss who love the classic formula but could do with a bit of a twist. Just one example of the incredible visuals in this game.

And then there’s THIS neo-retro RPG masterpiece. The best way I could describe this one would be: if all those classic SNES RPGs smoked an undiluted hit of action and stuffed their backpack with all the great bells and whistles that have become part of the RPG genre from then to now… but still stayed true to the form you first knew. CrossCode is the story of a mute girl who logs into an MMO from the future, but there’s more to it than that (PLAY IT). The game’s got talent trees, side quests, a slick story, and incredibly sick 2D graphics in the JRPG style. You won’t just be engaging in live full-action combat (a step up from the one thing that could be considered boring about the old school source material), you’ll be solving puzzles and exploring a huge game world. There’s tons to suck in old school RPG fans and action junkies alike. You have a hook shot and you can slow down time. If you can’t have fun with that, I don’t even know you.

This side-scrolling action plunderfest is a real gem with a lot going for it. Flint Hook combines incredibly fun gameplay elements with undeniably old-school audiovisual elements to provide an addictive time sink worthy of any gamer’s thumbs. The levels are procedurally generated, which means the game’s replay value is through the roof. There’s nothing not to love about Flint Hook; playing as a space bounty-hunter with a neat array of gadgets and an endless supply of daunting challenges makes for one hell of a fantastic voyage. There’s also a ton of achievements worth unlocking, since nearly all of them give you something tangible and/or equippable in the game. Tribute Games has really crafted a great example of game design with this one! A screenshot barely shows you anything. Have a look at this short video of gameplay to get the real idea.

An addictive yet easy to pick up game, eloquent in its simplicity, Orbt XL makes the list not only for its popularity but for its sheer playability. While it’s not a full-on immersive experience, this space-themed bit of retro goodness will keep you occupied. Moving the little moon in between orbital zones to keep it clear of the incoming projectiles gets harder and harder, making Orbt XL a game you can never “win…” but you will constantly be trying to one-up yourself (and your friends) in the pursuit of a higher and higher score. A test of guile and reflexes, this one is worth checking out if you consider yourself a true daredevil. Your every sense will tingle with the power of Ubermosh. And death. Lots of death.

Ubermosh is a series that’s been rolling like thunder since 2015, and 2017’s Volume 5 is the best one yet. Brutal gameplay simplicity packaged in 90s-bright cyberpunk vividness and festooned with blood and blast-marks. Pure poetry. With a soundtrack every inch as brutal as the game itself and a fast pace of high-impact bloodshed, Ubermosh is as gruesomely wonderful as I am trying to make it sound. What’s even better? It’s dirt-cheap on Steam. Scoop it up. Eldritch as fuck. Make no mistake. When you crawl into Crawl, you’re inviting madness and death. Bring a friend!

It’s no secret that I love roguelikes, dungeon crawlers, or whatever you’d like to label them. They tend to be unforgiving and dark… hideously entertaining. Crawl is no exception. In fact, it’s kicked the bar up a few notches. It has a delightful Lovecraftian overtone, executed beautifully in unspeakable pixel art with a haunting 8 bit soundtrack to match. The coolest part is multiplayer; your friends control the very monsters assaulting your well-being and sanity in the depths of this ghastly dungeon. Only so much can be said. The unearthly delights of Crawl must be seen. Yes, that is a clown electrocuting himself. It gets even better.

When you have a look at Thimbleweed Park, you will instantly be reminded of all those classic LucasArts story-games. In fact, it’s made by Ron Gilbert and Gary Winnick, the minds behind the classics Maniac Mansion and Monkey Island! It starts out as a murder mystery… but you’ll quickly find it to be much more than that, a journey into the supernatural, the absurd, and the unbelievable. Set in 1987, Thimbleweed Park tells a set of connected stories that require you to control 5 playable characters while navigating the narrative. Overflowing with brilliantly made puzzles and twists beyond Shyamalan’s wildest dreams, Thimbleweed Park has real staying power as a return to the adventure game format. It exceeds expectations. Null Vector blasted off in August and blew a lot of retro gamers’ minds. It’s a roguelike, but it’s unlike any roguelike I’ve seen. Represented in absolutely delicious faux-3D early 80s arcade style, this hybrid has a tie to shoot-em-ups as well. Null Vector places you in control of a fully customizable ship for your journey through its neon world. There is a real difficulty to this one; it keeps you going at it through some really rewarding but challenging play. Two things I love the most about it: it’s still in early access so it’s only going to get better, and it’s currently FREE on Steam. Go get it and start blasting through your 80s dream in a whole new way. A THOUSAND TIMES YES! This shit is crazy and you are straight dumpster-napping if you haven’t given it a go! It will punish you like the flames of Hades, but that’s pretty fitting for part of the game’s theme, isn’t it?

Oh my god, Cuphead. So much has already been said. This is the game that kicked the gaming world directly in the ass this year. Not only is Cuphead a visual masterpiece, but it is everything a retro-style game should be in terms of play. It’s got chops to go up against the most brutal run-and-gun classics; it’s Contra on steroids with a priceless coating of retro-cartoon glaze that multiplies its appeal. This is a hard game, but we like a challenge, don’t we? It is rare for a game to have this level of visual appeal AND be punishing in all the right ways. Cuphead has put StudioMDHR on the map, and it’s made me hope we see a lot from them in the future.

On the subject of the future… we have so much coming your way in 2018. Get ready! NewRetroWave and NRW Gaming will be bringing the fire… We’ve enjoyed bringing you the dream in 2017, and may we dream in even brighter neon colors in 2018. Happy Holidays, and we will see you next year!