The Los Angeles based Synth sensation The Midnight is back with a stunning new EP, “Nocturnal.” 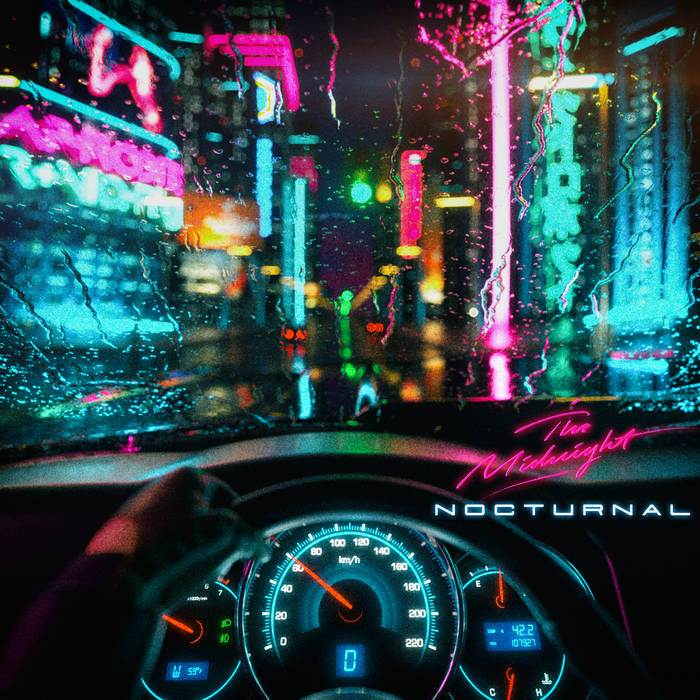 The Los Angeles based Synth sensation The Midnight is back with a stunning new EP, “Nocturnal.”

2016’s “Endless Summer” was a breakout hit for wonder-duo of producer Tim McEwan and singer/songwriter Tyler Lyle – an instant favorite for fans and reviewers alike, even earning our #2 spot on albums of the year when it came time to do lists. As one can imagine, many fans have been eagerly awaiting their next release – and “Nocturnal” is sure to please.

If “Endless Summer” was a teen romance, “Nocturnal” is a very grown-up late night affair with a nice dash of heartbreak. The Midnight has managed the much coveted feat of retaining their signature warm and passionate retro sound while also updating it to new heights. As the name implies, this EP does feel a bit heavier at times, giving the tracks more of an edge – while staying away completely from traditional “dark” aesthetics. Think of it as The Midnight after dark.

“Nocturnal” feels like a neon-soaked city in a heavy rainstorm – it can be a touch ominous at times – but then we feel an instant reprieve from the likes of an amorous singing saxophone – particularly fantastic on “Crystalline” – or the beautiful Nikki Flores vocals on “Light Years.” These lighter, longing elements perfectly augment the thrumming basslines, calling to mind the feeling of lost love. “Nocturnal” is, in short, a splendid mix of mystery, passion, and heartache.

Lyle’s vocals have also improved – somehow – over their already near-perfect delivery on “Endless Summer.” They are more mature, more melodic and feature more resolution, giving each track an identifiable iconic soundtrack feel. This EP also features a fantastic collaboration with none other than Timecop1983 – “River of Darkness.” If you liked “Equaliser (Not Alone)” you’ll likely love this track.

All in all, “Nocturnal” is a fantastic addition to The Midnight’s body of work that features an interesting take on their already well-developed sound. If you’re a fan of their previous work, you certainly won’t be disappointed. If you weren’t a fan – you likely will be now.