Some of the greats we have lost this year.

To a whole generation he was James Bond and to another he was either The Saint (62-69) or Lord Brett Sinclair (The Persuaders (1971-1972)). Sir Roger George  Moore was at one time an aspiring animator until a work mishap put him in the unemployed box until, he earned a short lived career as a male model then a contract with MGM then with Warner Bros.

With recurring roles in a few series, before he scored the lead role as Simon Templar in The Saint and became a recognized leading man. By early 1967 he had achieved international stardom. The series also established his suave, quipping style which he carried forward to James Bond. Moore went on to direct several episodes of the later series, which moved into color in 1967. The Saint ran from 1962 for six seasons and 118 episodes, making it (in a tie with The Avengers) the longest-running series of its kind on British television. Moore grew increasingly tired of the role, and was keen to branch out. Television lured Moore back to star alongside Tony Curtis in The Persuaders. The show featured the adventures of two millionaire playboys across Europe. Moore was paid the then-unheard-of sum of £1 million for a single series, making him the highest paid television actor in the world. In his autobiography Moore writes that he had to cut his hair and lose weight for the role. Although he resented having to make those changes, he was finally cast as James Bond in Live and Let Die (1973).

He appeared as a parody of himself with the Bond persona in the Cannonball Run films. Later appearing in Jean-Claude Van Damme’s directorial debut The Quest (1996), as the Chief in 1997’s Spice World and as a wealthy amorous homosexual in Boat Trip (2002). He provided the voice of Lazenby in the film Cats & Dogs: The Revenge of Kitty Galore.

He became a UNICEF Goodwill Ambassador in 1991. He was the voice of Father Christmas or ‘Santa’ in the 2004 UNICEF cartoon The Fly Who Loved Me.

His family announced his death in Switzerland from a brief battle with an unspecified cancer on 23 May 2017. Michael Parks was an American singer and actor. He appeared in many films and made frequent television appearances but was probably best known for his work in his later years with filmmakers such as Quentin Tarantino, Robert Rodriguez, and Kevin Smith.

Parks was born in Corona in Riverside County, California, the son of a baseball player. He drifted from job to job during his teenage years, including picking fruit, digging ditches, driving trucks, and fighting forest fires. He was briefly married at the age of 16.

Parks was the star of the series Then Came Bronson from 1969 to 1970. He sang the theme song for the show, “Long Lonesome Highway”, which became a #20 Billboard Hot 100 and #41 Hot Country Songs hit. Albums he recorded under MGM Records (the label of the studio which produced the series) include Closing The Gap (1969), Long Lonesome Highway (1970), and Blue. He also had various records of songs included on these albums.

He played in twelve episodes as, first Hoyt Parker, and then Phillip Colby during the second season (1986–1987) of ABC’s Dynasty spin-off series The Colbys. He appeared as Irish mob boss Tommy O’Shea in Death Wish V: The Face of Death (1994), French-Canadian drug runner Jean Renault in the ABC television series Twin Peaks, Dr. Banyard in Deceiver (1997), Texas Ranger Earl McGraw in From Dusk till Dawn (1996), and Ambrose Bierce in From Dusk Till Dawn 3: The Hangman’s Daughter (2000).

Parks played two roles in the Kill Bill film series, reprising the role of Earl McGraw in the first film and playing Esteban Vihaio in the second film. He most recently reprised the role of Earl McGraw in both segments of the film Grindhouse. Parks played a villain in Kevin Smith’s horror films Red State (2011) and Tusk (2014). Smith later announced on his podcast that Parks had recorded an album during Red State’s production, after Smith and producer Jon Gordon noticed his singing talent during filming. The album, titled The Red State Sessions, was released on August 15, 2011 as a download from the film’s website.

Parks died on May 9, 2017 in his Los Angeles home at the age of 77. A cause of death has not yet been revealed. Upon hearing the news, director Kevin Smith posted on his Instagram account “Michael was, and will likely forever remain, the best actor I’ve ever known. I wrote both [Red State] and [Tusk] for Parks, I loved his acting so much.” he also added, “He was, hands-down, the most incredible thespian I ever had the pleasure to watch perform. And Parks brought out the absolute best in me every time he got near my set.” In a Twitter post director Robert Rodriguez referred to Michael Parks as “a true legend”. The American screenwriter and director known for his early comedies like Something Wild (1986) and Married to the Mob (1988) before earning the Academy Award for Best Director and Best Picture for The Silence of the Lambs (1991) starring Best Actress winner Jodie Foster and Best Actor Sir Anthony Hopkins.

Inspired by his friend Juan Suárez Botas’s illness with AIDS and fueled by his own moral convictions,  Demme then used his influence to make Philadelphia (1993), one of the first major films to address the AIDS crisis  and which garnered star Tom Hanks his first Best Actor Oscar. He also co-directed (with his nephew Ted) the music video for Bruce Springsteen’s Best Song Oscar-winning “Streets of Philadelphia” from the film’s soundtrack.

Subsequently, his films included an adaptation of Toni Morrison’s Beloved (1998), and remakes of two films from the 1960s: The Truth About Charlie (2002), based on Charade; and The Manchurian Candidate (2004), with Denzel Washington and Meryl Streep. His art-house hit Rachel Getting Married (2008) was compared by many critics to Demme’s films of the late 1970s and 1980s. It was included in many 2008 “best of” lists, and received numerous awards and nominations, including an Academy Award nomination for Best Actress by lead Anne Hathaway.

Bernie Wrightson (October 27, 1948 – March 18, 2017), sometimes credited as Berni Wrightson, was an American artist, known for co-creating the Swamp Thing, his adaptation of the novel Frankenstein illustration work, and for his other horror comics and illustrations, which feature his trademark intricate pen and brushwork. His artistic influences were Frank Frazetta and Graham Ingels. Wrightson’s death met with a series of testimonials and tributes by colleagues and professional admirers that included Joss Whedon, Neil Gaiman, Guillermo Del Toro, Walter Simonson and Mike Mignola. Whedon called Wrightson “a star by which other pencillers chart their course”, while Gaiman stated that Wrightson was the first comics artist whose work I loved. Horror connoisseur del Toro took a 24-hour pledge of silence in honor of Wrightson, writing, “As it comes to all of us, the end came for the greatest that ever lived: Bernie Wrightson. My North dark star of youth. A master.” Hellboy creator Mike Mignola said of Wrightson, “He was a genius, and not just a monster guy. Everything Bernie did had soul.”

Wrightson’s former neighbor Walter Simonson, who lived in the same building as Wrightson in the 1980s, recalled, “Even at an early age, we were all really in awe of his work, it was so good.” Analyzing Wrightson’s skill in depth, Simonson explained that in addition to his ability to draw anything, Wrightson was a master of value, able to effect a precise command over the depth and tones of the colors and shades of grey in his work, stating, “In drawing or in painting, one of the things that you control is the value, which is the light and dark. If you were to take your color TV set and somehow turn off the color and just have a black and white and gray picture, you’re looking at the values of those color pictures. ‘Frankenstein’ is a complete masterpiece of value, using incredibly complex pictures, and yet you always see exactly what you are supposed to see. He drives the eye right where it needs.” Regarding the famously reproduced two-page spread from that work depicting Frankenstein’s laboratory, Simonson said of that image, “It’s so complicated and yet he’s able to show you what he wants you to see. In some ways [the lab scene is] the core of the story. It’s where Frankenstein breaks the laws of God. I think people were just drawn to it cause it’s so completely over the top and yet it’s so completely controlled at the same time.” Comics analyst and historian Scott McCloud called that image a “riot of detail”, saying, “It might take a moment before you even notice the corpse laying at the bottom of the composition on the left. That makes it a bit more of a treasure map. Bit more of a ‘Where Is Waldo?'”

Wrightson announced in January 2017 that he was retiring because of his battle with cancer. He died on March 18, 2017, at the age of 68. The next day, Liz Wrightson confirmed that his death followed a long battle with brain cancer. “The First Day of the Rest of Your Life”, the April 2, 2017 season 7 finale of the TV series The Walking Dead, was dedicated to Wrightson’s memory.

Jay Lynch (January 7, 1945 – March 5, 2017) was an American cartoonist who played a key role in the underground comix movement with his Bijou Funnies and other titles. He is best known for his comic strip Nard n’ Pat.  His work is sometimes signed Jayzey Lynch. Lynch was the main writer for Bazooka Joe comics from 1967 to 1990; he contributed to Mad, and in the 2000s expanded into the children’s book field. Beginning in 1968, Lynch became a major contributor to Topps’ Wacky Packages and Garbage Pail Kids, a series of trading cards produced by the Topps Company, originally released in 1985 and designed to parody the Cabbage Patch Kids dolls, which were immensely popular at the time. Each sticker card features a Garbage Pail Kid character having some comical abnormality, deformity, and/or suffering a terrible fate, with a humorous, word play-rich character name such as Glandular Angela or Half-Nelson. Two versions of each card were produced, with variations featuring the same artwork but a different character name denoted by an “a” or “b” letter after the card number. The sticker fronts are die-cut so just the kid with its nameplate and the GPK logo can be peeled from the backing. The commercial success of the trading cards led to the production of a live-action movie, The Garbage Pail Kids Movie, in 1987. An animated television series was also created, but its initial scheduled broadcast in the US was postponed due to parental complaints. The show did make a brief appearance on US television years after it was originally intended to air and was also briefly aired in Europe. The movie was released on DVD by MGM Home Entertainment on July 12, 2005 (the original VHS had been distributed by Paramount), and the cartoon series was later also released on DVD by CBS Home Entertainment on April 4, 2006 (coincidentally with distribution by Paramount). A similar set of 160 trading cards called The Sloppy Slobs were released in Italy in 1993. During the peak of the cards success they were banned in schools as a distraction to the educational process.

In June 2009, Jay Lynch was nominated for a Harvey Award in the category of “Best Cover Artist” for his Mineshaft #23 cover.

Lynch died from complications of lung cancer on March 5, 2017 in Candor, New York. 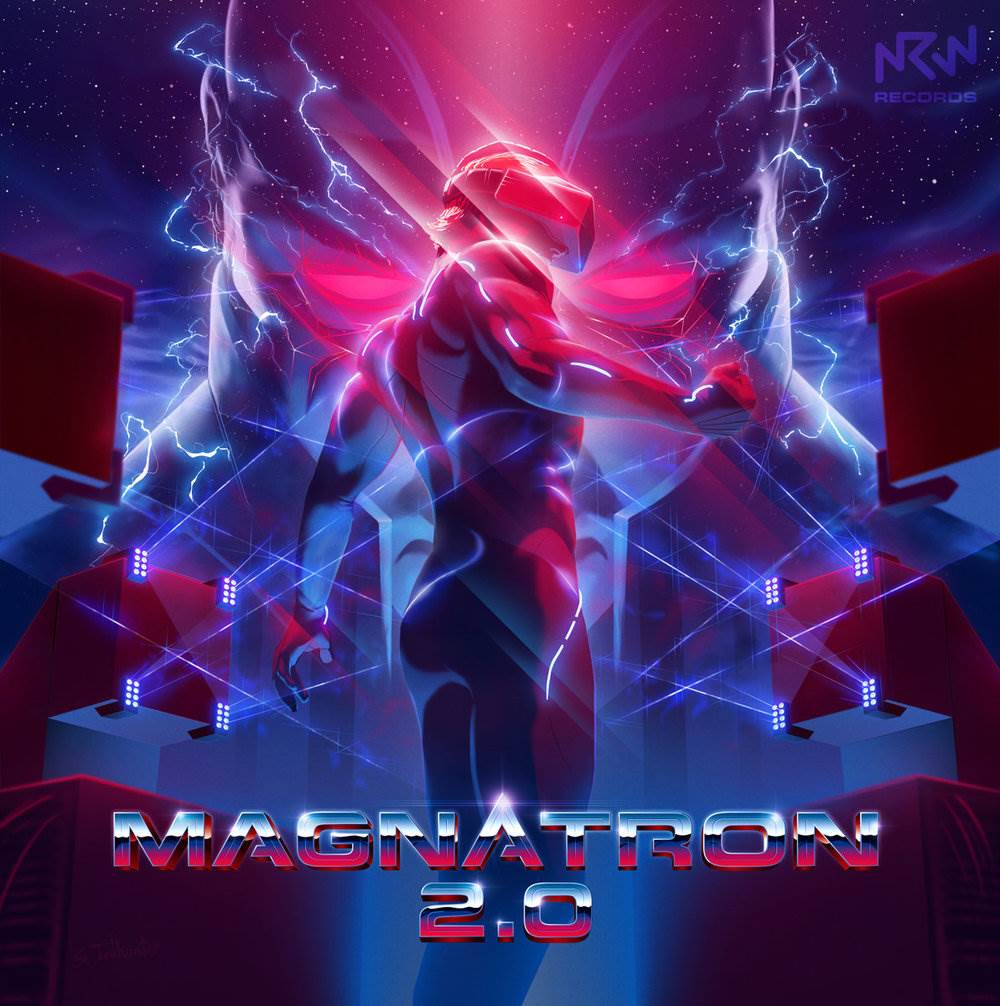 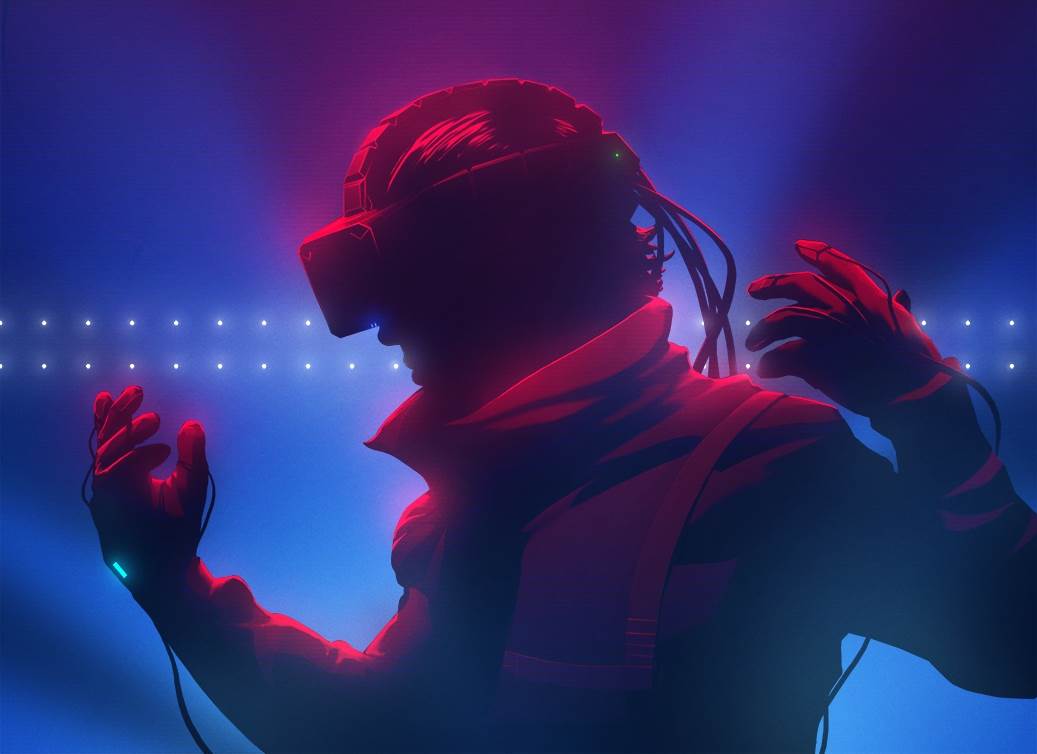