Since the Internet and emulation have become prevalent in gamers' lives (especially mine), I've had plenty of moments when I've been exposed to something that never left Japan and thought, “you know, this would have really done well in the West. It's a

Since the Internet and emulation have become prevalent in gamers’ lives (especially mine), I’ve had plenty of moments when I’ve been exposed to something that never left Japan and thought, “you know, this would have really done well in the West. It’s a shame we’ll never know because they didn’t try.” Import retro gaming and emulation has always been a super-niche aspect of the hobby, a place where the mystical ley-lines of japanophilia and completionism cross at a right angle. Some people are so devoted to the cult that they translate ROMs and keep lovingly curated translations of the games’ plots and stories. Characters and worlds unheard of outside Japan have slowly gained life in the West as the Information Age has taken hold and rendered localization a mere formality.

Which is great, because otherwise I’d probably never have gotten to play Valkyrie no Densetsu.

I won’t say how I got a hold of the English translated ROM for the PC Engine/Turbo Grafx 16 version, but I will say that if you join the right forum on the right popular emulation website, you can probably find it if you look around. I was overjoyed to find it, as I’d seen bits of the original Japanese source material and even had an untouched ROM… but I won’t pretend I’m able to read Japanese in any form. Any discussion among hardcore PC Engine or Namco fans was likely to bring up the character of Valkyrie; I was intrigued to the point that I started hunting down an English translation. Apparently a decent official one exists on a PlayStation compilation disc called Namco Museum Vol 5, but PlayStation’s a little past what we cover here. My best hope was a translated ROM of the arcade or PC Engine version. I found the latter after extensive looking, and was not disappointed. Kurino and Valkyrie bravely fend off flying mandrills. Clearly, Valkyrie’s not even worried. I mean, the weather’s nice out, she’s being launched through the sky somehow… this is a great day. She doesn’t even have time for this shit to drag her down.

As it turns out, Valkyrie no Densetsu (Legend of Valkyrie) is part of a series of games. Its prequel, Valkyrie no Boken: Toki no Kagi Densetsu (Adventure of Valkyrie: Legend of the Key of Time) was released for the Famicom in 1986 and became very popular in Japan. It contained several RPG elements that would later be matched by games like Dragon Quest/Warrior, but also bore a striking similarity in some ways to Legend of Zelda. It wasn’t a hit overnight, but it gained popularity due to its characters and story. What’s most important in the context of this article is that Valkyrie makes a friend during this first quest: a chubby little lizard dude named Kurino Sandra (sometimes called Whirlo in US-release Namco products). He would go on to feature prominently in the plot of Valkyrie no Densetsu in 1989.

In the spotty prologue of Valkyrie no Densetsu, Kurino Sandra has been living peacefully at home since the events of the prequel, but hears about a golden seed that can grant wishes. He decides to go on a quest for it alone, as Valkyrie has ascended back into the heavens. In the process, Sandra finds a magical trident embedded in a block of solid gold.

Just… right there. Among some rocks. No one ever noticed it or bothered with it. Certainly not the head-sized block of pure gold it’s stuck in. Congratulations, Kurino!

He and some companions from the first game end up in a ruined town near a clock tower, and are confronted by a powerful warrior in service to some jerk named Kamuz. Of course, this results in a violent confrontation unfavorable to Kurino and his friends, but what do you know? Having seen the strife caused by the golden seed, the heavens have seen fit to send Valkyrie down once more.

One player or two, this is where the game picks up. The eight stages take you across a wide swathe of the world of Marvel Land (no authoritative source confirms or denies this being related to the Genesis title of that name produced by Namco), from meadows and forests to lava caves and lands of ice. After exhaustive comparison, I can’t see any real difference in mechanical game function between Valkyrie and Kurino; both of them jump the same, cast spells (yes, cast spells) the same, and shoot energy bolts out of their weapons. It’s all a matter of aesthetics. The game is top-down but contains plenty of jump-hazards, so mastering the distance and timing of that jump is essential. Battling small crowds of low-tier enemies isn’t too hard; in fact, it’s pretty fun. The control response is good, and you just point and click. The spells you learn (see below) can do things like turn you bigger and stronger, create whirls of flame, allow you to float in midair, and even summon little versions of yourselves to help deal out punishment. (This last one is actually called “Option Magic,” a reference to similar abilities in various shoot-em-up games.) Health and magic power are both measured with little icons, and the game is generous enough to use half-units as an increment. Waiting for the duo are ogres, goblins, robots, and various kinds of boss monsters, some of whom are so large that the screen has to zoom out a little to let you fight them. Most non-boss monsters aren’t too dangerous individually or in small groups, but seeing as Valkyrie no Densetsu is originally an arcade title, the swarm effect will be noticeable at regular intervals. Most enemies drop gold in varying amounts, which makes one wonder just what to do with all the loot earned through righteous murder.

Thankfully, A merchant, an old lady, and a little girl are constantly hanging around these dangerous places with the intent of doing business with you (or just giving you shit). The little girl usually just has story items, but the old woman teaches you some bad-ass spells and the merchant guy sells you some useful stuff (including shooter-style power-ups). From a scan of the Japanese manual for the PC Engine version.

The game’s soundtrack is pretty good, the obvious best example being the arcade version. The prologue and main theme music are what I’d call “charming” if I were pretending not to like them as much as I do; they’re adorable, uplifting, and delightful. For a game so grand in overall scale, it’s unfortunate there isn’t more there, but what IS there is a wonderful fit for the theme.

Valkyrie no Densetsu clearly exhibits hybrid traits; it is both a top-down “platform” game and a less-than-conventional shooter when held to examination. Larger-than-life bosses, an involved yet approachable in-game economy, and stage features like catapults you must use to get from area to area are just some of the game’s appealing side-dressing. It’s no wonder Valkyrie no Densetsu made it to the PC Engine in 1990, taking a tiny hit in graphics and sound but retaining the bulk of its charm and playability. The Wii Virtual Console released a fairly faithful version of the original in 2009 (after emulating the PC Engine version the year before). As mentioned before, 1997 saw the release of the only official English translation on a PS1 disc called Namco Museum Vol 5, but I’m told the disc was (and is) both rare and expensive. The saga of Marvel Land’s heroes continued with a Kurino-centered entry for the Super Famicom in 1992, which did see release in Europe as Whirlo, but was drastically different from previous games in the series. Valkyrie herself has made various cameos in other Namco franchises: in the Mr. Driller series; in Soul Calibur II as an alternate costume for Cassandra; and as a relative staple in the company’s Tales of… franchise. Screenshots from the English fan translation of the PC Engine version.

It really makes me wonder what heights she could have reached if she’d ever been let loose in the West. To most gamers, she’s just one of those characters in Namco vs Capcom that you’ve never heard of.

But if you’re a real blood-in member of the cult of retro gaming, you know who she is. At least, you do now. You’re welcome. Thanks for reading, and I’ll be back in March with more! As usual, feel free to email me or visit the page on Facebook if you have feedback, questions, or (best of all) a juicy game you think I should hear about. 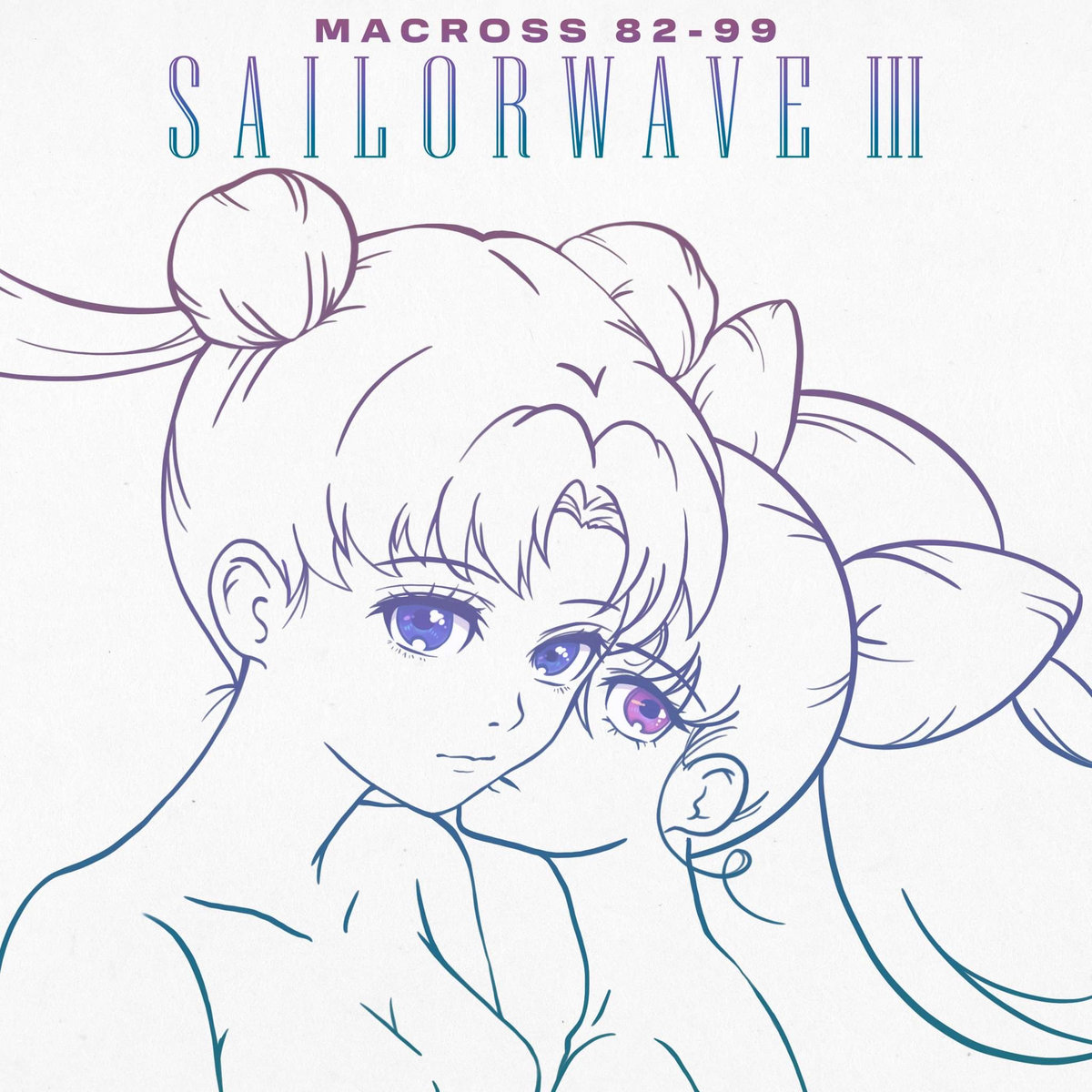 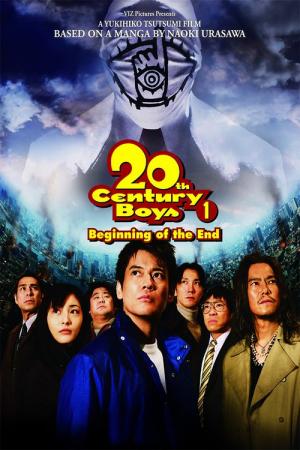