Now this list took some time to put together, simply becauseof a lot of throwback movies and series, or sequels, this year sucked; … asmuch as a thirst mosquito in a blood bank. It was a difficult process of elimination that was plagued with second 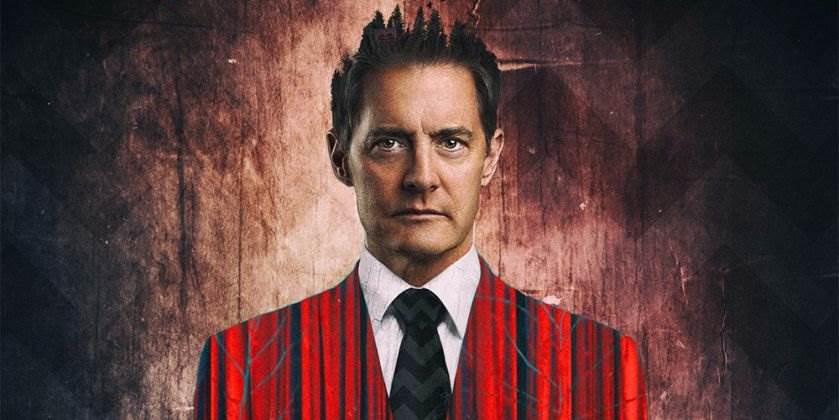 Now this list took some time to put together, simply becauseof a lot of throwback movies and series, or sequels, this year sucked; … asmuch as a thirst mosquito in a blood bank. It was a difficult process of elimination that was plagued with second thoughts and second looks but, I think I’ve rounded out a decent list of worth contenders. Temple is directed by Nguyen-Anh Nguyen, the talent director of The Akira Project. Set in the near future, a disease is causing organ rejection in humans. One man must fight to secure cybernetic enhancements to save the life of another. The fights are literal –he has to steal the body parts from others. TEMPLE is the directors first long form project, based on everything he loves; dystopian sci-fi, cyborgs and martial arts with a touch of manga thrown in for good measure. Nguyen is using interest and hype surrounding this short to produce a feature length version of Temple. Definitely worth your time if you’re a fan of Cyberpunk, Blade Runner, StrangeDays, Deus Ex and other I.P.’s. (also known as Godzilla Resurgence) is a 2016 Japanese science fiction kaiju film featuring Godzilla, produced and distributed by Toho. It is the 31st film in the Godzilla franchise, the 29th Godzilla film produced by Toho, and Toho’s third reboot of the franchise. The film is co-directed by Hideaki Anno (Neon Genesis Evangelion) and Shinji Higuchi (Gamera), with a screenplayby Anno and visual effects by Higuchi. As expected the film was released in Japan to critical acclaim however, fell below the radar here in the west to mixed reviews by mouth breathing Americans who expected something like those superhero and braindead action films being churned out by Hollywood. Summery – Godzilla is the product of nuclear waste in the ocean. 2.) Godzilla absorbs all organic matter i.e. Godzilla he/she can devour human beings. 3.) Pretty fire shooting out its mouth. A near perfect reimagining of the legendary Kaiju. Fuller House is an American family sitcom and sequel to the 1987–95 television series Full House, airing as a Netflix original series. The series centers on D.J. Tanner-Fuller, a veterinarian and widowed mother of three sons, whose sister and best friend—the mother to a teenage daughter—provide support in her sons’ up bringings by moving in with her. Fuller House has received generally unfavorable reviews from television critics. Most of the original series ensemble cast has reprised their roles on Fuller House, either as regular cast members or in guest appearances, with the exception of Mary-Kate and Ashley Olsen, who alternated in the role of Michelle Tanner on Full House. On December 24, 2016, the series was renewed for a third season that will be released in 2017. Sing Street is a 2016 musical comedy-drama film written, co-produced and directed by John Carney. Starring Lucy Boynton, Maria Doyle Kennedy, Jack Reynor, Kelly Thornton and FerdiaWalsh-Peelo, the story revolves around a boy starting a band to impress a girl In south inner-city Dublin in 1985. The film also features music of the period from The Cure, A-ha, Duran Duran, The Clash, Hall & Oates, Spandau Ballet,and The Jam. Much of the original music by the band “Sing Street” was composed by 80s veteran composer Gary Clark, with Carney, Ken and Carl Papenfus of the band Relish, Graham Henderson and Zamo Riffman also receiving writing credits. The Get Down is an American web musical drama television series set in the New York City section of the South Bronx in 1977. Created by Baz Luhrmann (Moulin Rouge, Romeo & Juliet) and Stephen Adly Guirgis. The show’s title refers to parts of disco and R&B records that could be repeated using multiple turntables and were enjoyed most by dancers. An American animated web television series produced by DreamWorks Animation and World Events Productions and animated by Studio Mir. A lot of you went crazy and chewed your keyboards up when you learned of the Voltron reboot. Netflix this year has been very adamant about resurrecting some beloved programs from our youth. One of them being Fuller House and the other being Voltron. Its animation is a mix of anime influence for characters and background and CGI for Voltron action sequences. The first season premiered on Netflix on June 10, 2016 and consisted of 11 episodes. The lions are back. A second season will premiere on Netflix on January 20, 2017. The perfect bridge between season 2 and the highly anticipated new season of David Lynch’s cult-classic series, The Secret History of Twin Peaks arrived this year to remind us of all the stranger phenomenon and moods of the mysterious  Northwest community. A Dossier Style Novel written by series co-creator Mark Frost. Structured as a secret dossier assembled by a mysterious “archivist” and annotated by an FBI agent known only as TP, this enigmatic collection includes undiscovered Lewis and Clark diary entries, UFO sightings, and personal journals of Twin Peaks residents, some of which answer unresolved plotlines from the show’s second season. The presentation of the book is very well thought out and should be the perfect companion to your Twin Peaks book collection that should consist of The Autobiography of Agent Dale Cooper and The Secret Diary of Laura Palmer. And if that doesn’t satiate your appetite for coffee and pie, then you can watch both seasons of Twin Peaks on Showtime’s on demand menu. The Red Room waits. Another one of my top 5 films for the year is The Nice Guys. Although it is seta decade earlier in the 70’s, I have to admit the attention to detail and setting really needs to be acknowledged. I actually felt like I was watching a modern movie that was filmed in the 1970’s. Russel Crowe hasn’t been this good in awhile and Ryan Gosling is just as on point with his balancing act between comedy and drama. The both of them playing off each other like some kind of pulp fiction Dean Martin and Jerry Lewis. The soundtrack is Killer. The NiceGuys was directed and co-written by Shane Black who penned: Leathal Weapon(1,2),The Monster Squad, The Last Boy Scout, Last Action Hero, The Long KissGoodnight as well wrote and directed: Kiss, Kiss, Bang, Bang,  and the upcoming Predator sequel. This movie is that good – watch it. This teen comedy set in 1988 and directed by Benson Lee, deserves to be in my top 5. Seoul Searching is an 80’s teen comedy in the same vein as Porky’s or Fraternity Vacation but, rich with relationships and coming of age drama instead of gratuitous nudity and dick jokes. With an amazing cast of young actors and a fantastic soundtrack. This movie will make you emotional, it’ll make you laughand make you actually feel really good at the end. Starring: Justin Chon, JessikaVan, Esteban Ahn, Teo Yoo, Cha In-pyo, Rosalina Leigh and more. Enjoy it as soon as you can. The Netflix series that seduced the entire country with nostalgic settings, music, clichés and the timeless concept of young people going on adventures and discovering the dark secrets of the real world and the dangers of reality and beyond. A rich cast of young talent and supporting roles filled by 80’s actors such as Winona Ryder and Matthew Modine; both back on their game and rounding out this beautiful show. The music is sprinkled and haunted with influences by John Carpenter and some Tangerine Dream. Season 2 was announced during the summer and millions of people are counting the days to find out what happens next in Stranger Things.