Remember when you were bombarded with reminders of the Christmas spirit on every channel courtesy of Holiday Specials. From the celebrity TV guest party to the traditional (pagan) Yule log and the horrible Star Wars Holiday Special. These are the days of our lives. 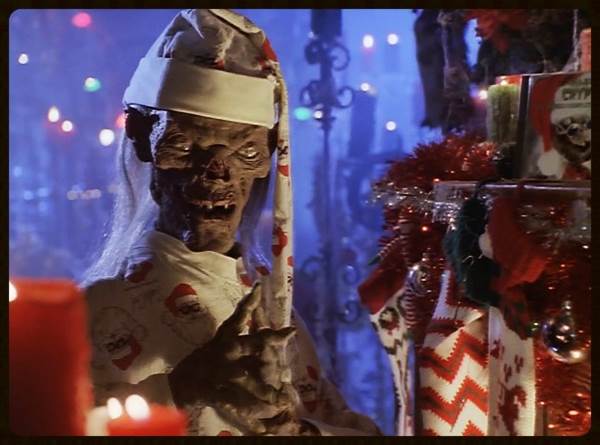 Remember when you were bombarded with reminders of the Christmas spirit on every channel courtesy of Holiday Specials. From the celebrity TV guest party to the traditional (pagan) Yule log and the horrible Star Wars Holiday Special. These are the days of our lives. “Like sands in the hourglass”.
And here presented for your retro-viewing pleasures are my favorite picks for Holiday Specials. He-Man & She-Ra: A Christmas Special is a Christmas television special based on the animated series He-Man & the Masters of the Universe and its spin-off She-Ra: Princess of Power. Originally broadcast in syndication December 1985. Are You Being Served Christmas Special (1978) is the sixth episode of season six of the British sitcom created and written by Jeremy Lloyd and David Croft. The series was broadcasted from 1972 to 1985 for the BBC. The Honeymooners: ‘Twas The Night Before Christmas (1955) From 1955 to 1956 The Honeymooners was an American sitcom, based on a recurring 1951–55 sketch of the same name. It originally aired on the Cavalcade of Stars, Jackie Gleason’s variety show and subsequently on the CBS network’s The Jackie Gleason Show, which was filmed in front of a live audience. It debuted as a half-hour series on October 1, 1955. Tales from the Crypt: And all through the house. Tales from the Crypt, sometimes titled HBO’s Tales from the Crypt, is an American horror anthology television series that ran from June 10, 1989 to July 19, 1996, based on the 1950s EC Comics series of the same name and most of the content originated in that comic or the other EC Comics of the time (Haunt of Fear, The Vault of Horror, Crime SuspenStories, Shock SuspenStories, and Two-Fisted Tales). “And All Through the House” was adapted from Vault of Horror #35 (#24) and directed by Robert Zemeckis. Although this episode was not aired during the holidays nor is it cataloged as a Christmas special, I feel that this episode captures the wonderful and ironic spirit of the Holidays. [Main titles not included and beginning song removed for copyright]