The Big Four pay-per-views of the WWE date back to the early televised days - back when it was the WWF. Non-fans know what Wrestlemania is. Casual fans eagerly await the Royal Rumble and Summerslam each year. In the shuffle of this, Survivor Series is 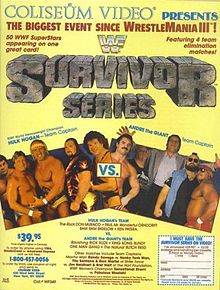 The Big Four pay-per-views of the WWE date back to the early televised days – back when it was the WWF. Non-fans know what Wrestlemania is. Casual fans eagerly await the Royal Rumble and Summerslam each year. In the shuffle of this, Survivor Series is the forgotten child. Of the Big Four, it tends to be the least memorable. Of course, there are exceptions, as tonight’s 30th Annual Survivor Series seems primed to be. Is 1987’s entry one of those exceptions? Don’t worry. We’ll get to that.

The most important thing about Survivor Series 1987 was what went on behind the scenes. And no, I don’t mean interesting backstage stories about performers. I’m talking business and finance. About six months after the third Wrestlemania, Survivor Series seems almost destined to be a big deal in terms of a wrestling event. Vince McMahon wasn’t the only person to think this, as rival organization NWA had the exact same day (November 26, 1987, Thanksgiving Day) picked for its biggest event of the year, Starrcade. That PPV name should sound familiar to casual 90’s wrestling fans.

Vince McMahon threatened cable companies by telling them that he wouldn’t allow them to broadcast Wrestlemania IV if they attempted to air Starrcade. Cable companies largely complied, as Wrestlemania had a more widespread, casual draw than any other wrestling promotion at the time. As a result of the low profits for Starrcade, NWA unified several territories and was bought by Ted Turner, forming the WCW. WCW would keep the Starrcade name and lineage, and for several years in the 90’s gave the WWE weekly panic attacks.

I’ll just say it. Survivor Series 1987 is responsible for the Monday Night Wars and the Attitude Era. Let’s do a match by match breakdown.

As far as judging by today’s standards is concerned, the PPV is very frontloaded. The first match five-on-five elimination tag match, which is in many ways the Survivor Series standard. The team of faces (good guys) included Randy Savage, Ricky “The Dragon” Steamboat, and Jake “The Snake” Roberts. That’s really the holy trinity of 80’s wrestlers. Savage was untouchable on the microphone, Steamboat was an incredible in-ring performer, and Roberts understands in-ring storytelling in a truly uncanny way. The team of heels (bad guys) had a lot of mostly forgettable wrestlers to modern casual fans, but the Honkey Tonk Man is significant. He currently has the longest running Intercontinental Championship reign, a belt that he won off of Steamboat and held during this match. When he was outnumbered three to one by the end of the match, he just walked away and allowed himself to be counted out. He wasn’t the greatest in-ring performer of his time, and his style certainly hasn’t aged well, but he did have a knack for drawing some serious heel heat, with the end of this match being one of the best examples during his title reign.

Next was the women’s five-on-five elimination match. Women’s wrestling in the 80’s isn’t as drastically different from women’s wrestling in 2016 as men’s wrestling is. It wasn’t given the opportunity in the 90’s to evolve and gain the respect that it now commands today. This is largely the fault of WWE and their predisposition toward swimsuit models instead of skilled workers. Luckily, this has since become an antiquated notion, barring a few exceptions, and women’s wrestling today is the best that it has ever been. The Jumping Bomb Angels steal the show here, displaying tremendous in-ring skill. And the worst worker in the match is easily the Fabulous Moolah. The fact that Moolah is arguably the evilest wrestler not named Chris Benoit aside, Moolah was at her worst in this match, and she was never particularly good. If you have a stomach for the horrible ways people can treat one another, check out Moolah’s Wikipedia page, but don’t say that I sent you.

If you were watching Survivor Series 1987 and thought, “Gee, these five-on-five matches are great, but they aren’t quite confusing enough.” Good news for you, as the next match was a ten-on-ten elimination tag team match. All of the best spots in this match come from wrestlers connected in some way to the Hart family. Big surprise there. Bret Hart and Jim Neidhart were on one side of the match while Davey Boy Smith (most widely known as the British Bulldog) and the Dynamite Kid were on the opposing side. This match also saw the debut of Demolition, who will always hold the award for worst costumes on any wrestling team. The match is weak. I mean, it’s just a serious drag to try to get through. Do you need to vacuum your apartment, and also maybe run to the store to pick up some eggs, and then maybe cook the eggs but drop them on the floor, and then begrudgingly cook more eggs, eat those eggs, and do all of your dishes? If so, you’ll still have about ten minutes of this obnoxious mess of a half hour wrestling match to suffer through. It is the worst match on the card and one of the worst in Survivor Series history.

The final match wasn’t awful. It wasn’t as great as the first match was, but it’s also important to remember that novelty attractions were a bigger deal than talented wrestlers in the 1980’s. This is another five-on-five elimination tag match, with Hulk Hogan and Bam Bam Bigelow being some of the most notable members of the face team. Hogan wasn’t pinned, of course. Shenanigans led to him being counted out because the Hulkster doesn’t job, brother. The heel team’s biggest deals, no pun intended, were Andre the Giant, King Kong Bundy, and Rick Rude. Andre wound up being the final man standing in a surprisingly entertaining match. Part of what makes this match work is that the crowd is absolutely insane overseeing the sheer amount of star power in the ring at the time. After the match, Hogan hit Andre with his championship belt to be the last man standing in the ring because the 80’s.

Overall, Survivor Series 1987 is important more than its good, but it’s worth watching as an interesting look at what wrestling was in the 80’s, and especially to see what got over with the crowd before flippy lucha things. 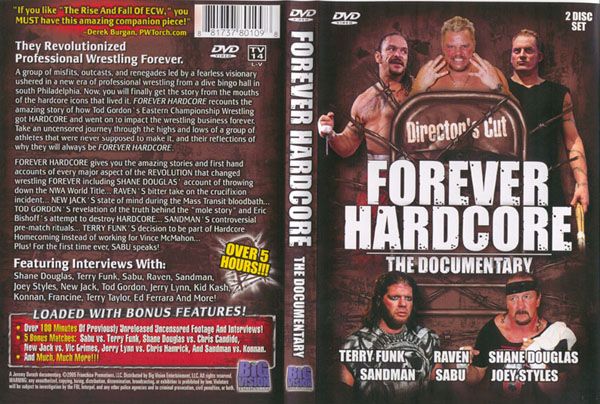 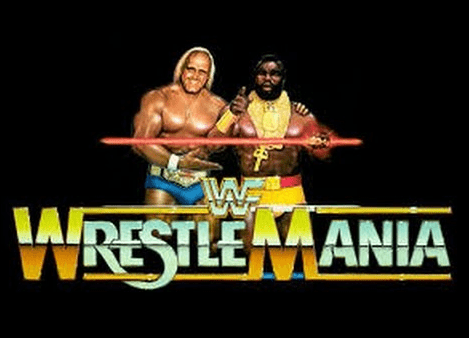 Which Retro Professional Wrestler Are You?