This past week marked the anniversaries of two classic animated films. The first being the R rated cult film HEAVY METAL based on the adult graphic magazine of the same title or originally titled Metal Hurlant in France. 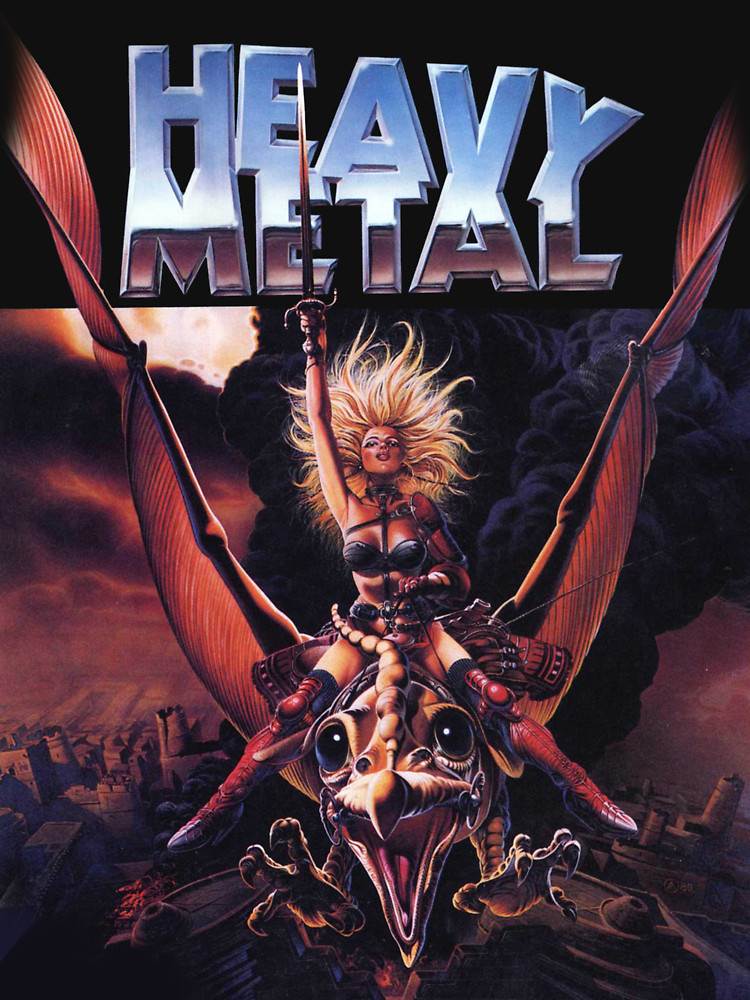 This past week marked the anniversaries of two classic animated films. The first being the R rated cult film HEAVY METAL based on the adult graphic magazine of the same title or originally titled Metal Hurlant in France.

It was August 7, 1981 and Heavy Metal for some reason was made into an anthology animated feature film. A collaborative effect directed by Gerald Potterton and produced by Ivan Reitman and Leonard Mogel. The stories within were taken from the pages of the source material coupled with new material. The release grossed nearly $20,000,000 in spite of critics dismissing the film (like Suicide Squad). Prior to official release on VHS and Laserdisc in 1996, the film was re-released to 54 theaters on March 8, 1996 taking in $550,000. The subsequent home video release moved over one million units. The film was released on Blue-ray Disc on February 1, 2011 as a Best Buy exclusive and it was later released everywhere on June 14. The first sequel, titled Heavy Metal 2000, was released in 2000. A second sequel has been in various stages of development since, in other words who knows. Second is TRANSFORMERS: the Movie. Released in North America on August 8, 1986 and in the UK on December 5, 1986. The film was co-produced and directed by Nelson Shin, who produced the originalTransformers television series, and features the voices of Eric Idle (Monty Python), Judd Nelson (Breakfast Club), Leonard Nimoy (Star Trek), Casey Kasem (Top 10 radio), Robert Stack (Airplane, Unsolved Mysteries), Lionel Stander, John Moschitta, Jr. (Micro Machines), Peter Cullen and Frank Welker. It also marked the final roles for both Orson Welles (Citizen KANE, Touch of Evil), who died the year before its release, and Scatman Crothers (Coonskin, The Shining), who died months after its release.

The story takes place in 2005, 20 years after the events of the TV series’ second season and serves to bridge into the third season. Yadda Yadda Yadda, you know who dies. The whinny one is the chosen one. Bad guy becomes even more super powered henchmen for Galactus… I mean Unicron. Autobots go here and then go there. Lazers. Lazers. Big fight. Boss Battle. Big Win. Explosions. Happy Happy. Killer Soundtrack, although not better than Heavy Metal’s. The End. The film was released on 990 screens in the United States and grossed $1,778,559 on its opening weekend. It opened in 14th place behind “About Last Night” (great movie) which had been in theaters for six weeks at the time. The film’s final box office gross was $5,849,647 which made it the 99th highest-grossing movie of 1986.

So if you ask me, just watch HEAVY METAL.

Stay cool and keep your memories alive and your fingers on that damn rewind button.