Basically all the things that made Peter Jackson amazing start here. The camerawork, hyper violence, gore, comedy and over the top situations are all here in their beta form.

“The plotline sees aliens invade the fictional New Zealand village of Kaihoro to harvest humans for their intergalactic fast food franchise, where they face off against a four-man paramilitary force, of which at least one member (Jackson) appears to have gone insane.”

I can’t talk too much about the film because; I would only end up giving up story events. So, instead I’ll just gush over this film and its cult status.

The film almost seems to be under-developed. Far from the infamous, ultra-cult-classic and greatest zombie film ever Dead Alive. Bad Taste feels like an underrated student film instead of the massive cult-classic that Dead Alive is. However, there is a major charm to this small production of friends and associates. The low-budget, hands on guerilla approach to creating this film gives it a distinct charmless and selflessness.

Shot in and around Jackson’s hometown of Pukerua Bay, north of Wellington, New Zealand using a 25-year-old 16mm camera. Originally begun as a short film, Bad Taste was shot primarily on weekends over the course of four years, at an initial cost of around $25,000. Toward the end of the shoot the New Zealand Film Commission invested around NZ$235,000 into the film to ensure its completion. Heavily influenced by special effects pioneer Tom Savini, Jackson incorporated many absurdly gory special effects. The film sold to many countries after playing in the market at the Cannes Film Festival. It holds a 68% “Fresh” rating on aggregate review site Rotten Tomatoes, based on 22 reviews.

Highlights: There is a guy with his brains constantly falling out of his head. A human sludge faucet. Shootouts, chainsaws, fights, Morris Minors and special fx masks baked right out of Peter Jackson’s mums oven.  The film will literally go from X-Files to a thriller to an action movie and end up smack dab into some sort of splatterpunk, sci-fi, late night matinee grindhouse date film.

You may be distracted by its B-movie spirit. However, give it a moment and it will grow on you. It might even make you chuckle at the appropriate moment.

This is the film that made it possible for Meet the Feebles, Dead Alive, Heavenly Creatures, The Frighteners, all of the Lord of the Rings films, King Kong and The Lovely Bones to be made. Everything has a beginning and hopefully we haven’t seen the last.

And that’s that, here it is – the first in a Peter Jackson trilogy of nostalgia. I guess I should have told you earlier that after this will be more to come from New Zealand’s master of the fantastic.

And now for your viewing pleasure, here is the retro movie for the month of June 2016, Peter Jackson’s first feature film 1987’s BAD TASTE.
Stay fresh kids, relax and kick off your shoes and Keep your fingers on that rewind button. 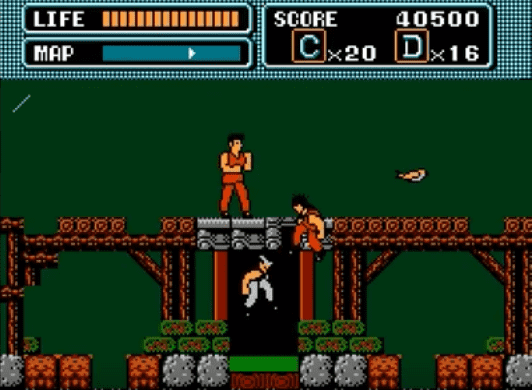