I was watching the first Terminator movie on cable television for the one-ba’jillionth time this morning. It never gets old; it only gets better with age. Little tiny quirks and nuances make each viewing fresh and new to me… call me nostalgic. 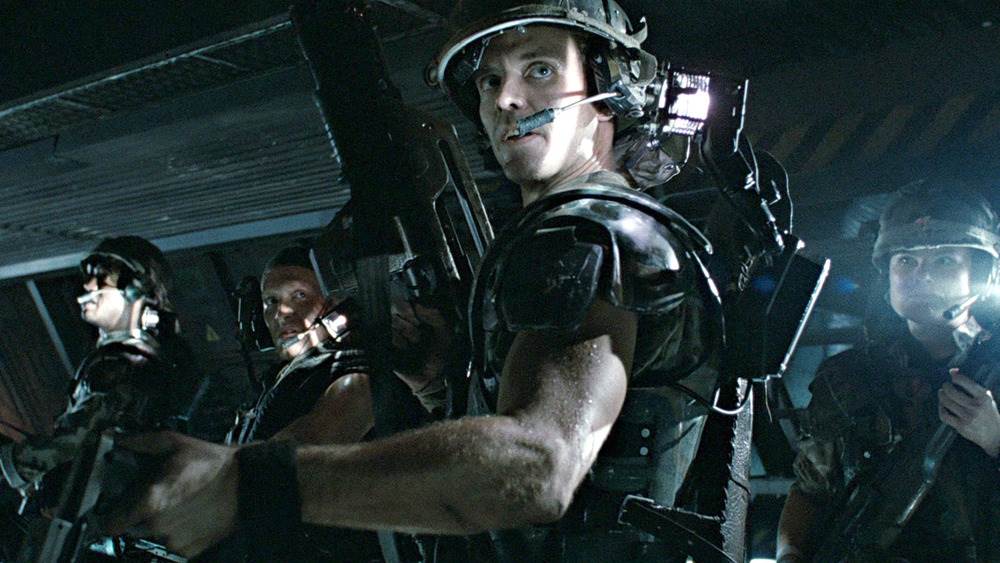 I was watching the first Terminator movie on cable television for the one-ba’jillionth time this morning. It never gets old; it only gets better with age. Little tiny quirks and nuances make each viewing fresh and new to me… call me nostalgic.

But, this time I couldn’t help but, remember how cool Michael Biehn was. I mean he is still capable of delivering solid performances but, he rode a gigantic wave of great movies back in the day. I mean like massive cult classic films like Terminator, Aliens, The Abyss, Navy SEALs, The Seventh Sign and Tombstone.

Michael Connell Biehn (born July 31, 1956), got his start in movies with a bit part in the film version of Grease in 1978. He appears in two scenes, in the more memorable of which John Travolta‘s character, Danny, hits Biehn’s uncredited character in the stomach while playing basketball. But, it wasn’t until he scored the role of Kyle Reese in the James Cameron science fiction / horror film The Terminator (1984) that got him real notice and attention. Following the success of that film, he would reunite with Cameron on Aliens (1986) and TheAbyss (1989). He would reprise his role as Kyle Reese in the 1991 film Terminator 2: Judgement Day in a cameo performance that was cut from the theatrical release but can be seen in the special edition directors cut. In 1988, he starred in The Seventh Sign opposite the lovely Demi Moore. The Seventh Sign was about the coming of the apocalypse as prophesized in the Book of Revelations following the return of Jesus played by Jürgen Prochnow (DUNE, The Keep).

Navy SEALs (1990) starred Biehn with then sane Charlie Sheen as members of the real life fraternity of military operators. The movie was not a box office success, debuting at No. 4 and eventually grossing $25 million domestically, just barely above its reported budget of $21 million. The film was more successful on home video, with a VHS released on January 31st, 1991. A Blu-ray was released in 2009 in USA. However, one of his greatest roles was that of Johnny Ringo in the amazing Tombstone (1993), starring Kurt Russel, and Val Kilmer, Powers Booth, Dana Delany, Bill Paxton, Stephen Lang, Sam Elliot and many more names to be called out. The real Johnny Ringo—was a known associate of the loosely federated group of outlaw Cochise County Cowboys in frontier Tombstone, Cochise County, Arizona Territory. He was affiliated with Cochise County Sheriff Johnny Behan, Ike Clanton, and Frank Stilwellduring 1881–1882, and Michael Biehn played him with a psychopathic fever and intensity only equaled on screen to Val Kilmer’s deteriorated yet charmingly dangerous Doc Holiday. The film went on to earn $56,505,065 in total ticket sales in the North American market. Rotten Tomatoes reported that 73% of 44 sampled critics gave the film a positive review, with an average score of 6.2 out of 10. Following its cinematic release in 1993, Tombstone was named “One of the 5 greatest Westerns ever made” by True West Magazine. The film was also called “One of the year’s 10 best!” by KCOP-TV in Los Angeles, California.

As the years progressed, Michael Biehn would go on to work in other films. However with the dawning of the current age, many actors were going unnoticed in the cluttered sea of information and media frenzy. The five minute attention span of the average American overlooks a lot of its stars and quickly moves to the next spoonful of fast food.

To be honest a lot of us didn’t really notice Michael was still working until Robert Rodriquez’s half of Grindhouse (2007) as Sheriff Hague. The man is still out there working and we must not only remember the films he did but, take the time to follow up on what he’s doing now. There could be some contemporary gems and future cult favorites to be seen in his resume.

Stay classy Retro Lovers and remember to keep your fingers on the REWIND BUTTON.