Home / Literature  / Empire of the Sun by J.G. Ballard Review

Empire of the Sun by J.G. Ballard Review

When the publishing world released Empire of the Sun in 1984, it won the James Tait Black Memorial Prize and was shortlisted for the Man Booker Prize. Empire of the Sun by J.G. Ballard Review

When the publishing world released Empire of the Sun in 1984, it won the James Tait Black Memorial Prize and was shortlisted for the Man Booker Prize.  J.G. Ballard finally found mainstream success and critical approval.  He had been writing short stories for thirty years and novels for two decades.  However, his work before Empire of the Sun was in the literary ghetto of speculative fiction.  Although New Wave science fiction fans knew him for apocalyptic novels such as The Drowned World and The Crystal World, most of the literary world knew of him because of controversy surrounding The Atrocity Exhibition and Crash.  Influential post-punk band Joy Division directly referenced The Atrocity Exhibition in the opening track of the album Closer, but that obviously did little to increase his commercial appeal.  Then, in the early 80s, Ballard decided to write about his experiences as a young boy in fictional form; in that work, Empire of the Sun, we read about the horrors that made Ballard that subversive writer of science fiction.

Today, most people know more about the 1987 adaption directed by Steven Spielberg than they do about the original semi-autobiographical novel.  Moreover, the first thing people mention about the adaption is that it features a 13 year-old Christian Bale as Jamie Graham, the principal character and fictionalized version of young J.G. Ballard.  Yes, Christian Bale did deliver one of the best performances by a child actor.  Moreover, the film is one of the Spielberg’s directorial masterpieces, even if it’s not as famous as his other works.  This may be because of the theme and tone of Empire of the Sun.  Although Spielberg had gone dark before a few years earlier in The Temple of Doom (which he later regretted), the second installment of the Indiana Jones films was still a comic adventure piece.  However, despite the bits of whimsy scattered throughout the film, the story of Jamie is a sad one.  The original novel, lacking the Spielberg touch, has even less humor and is much more unsettling.

When the novel begins, Jamie is living with his parents as expatriates, in a British colony in pre-Pearl Harbor Shanghai.  They live a privileged life despite the increasing realization that maybe Great Britain’s best days are in the past.  At this time, the Nazis are advancing on many fronts in Europe, and the Japanese are just outside of the international colony, waiting for the time to deliver the coup de grace against reeling China.  The strange thing is that Jamie seems oblivious to all this with all the wonder of a child.  In fact, Jamie identifies with the Japanese, especially with the Zero pilots.  This identification continues throughout the novel, even when he confronts the Japanese Army’s cruelty on a personal level.  The surface reason why Jamie identifies with the Japanese is that he believes that they possess great courage.  Their firm confidence contrasts with the groveling of the Chinese and the timidity of the British.

The underlying reason, however, why Jamie can identify with the Japanese soldiers is the lack of rootedness he feels.  Jamie doesn’t feel British although he has British parents and is thus a subject of the empire.  Throughout the novel, he views with distaste a number of his fellow Brits, whom he feels are cold, and at times, shows a lack of empathy for their suffering at the internment camps and during the death march at the end of the war. In contrast, in addition to admiring the Japanese martial spirit, he looks favorably upon Americans because they still look invigorated despite their internment; the spirits of the British, however, appear to be barely there throughout the narrative.  Having lived in China all his life, Britain is as distant to Jamie as the medieval world is to the present.  When the Japanese occupy the international colony following the attack on Pearl Harbor and in the chaos he is separated from his parents, one seems to feel that Jamie is less distraught over the situation than is the reader.  Although he continually expresses to others his desire to find his parents, he is more interested in the adventure that the war brings.  Jamie seems to relate more to the father figures of Basie, an American merchant, and Dr. Rawlins, a physician in the internment camp, than with his actual father, who seems more like disembodied authority figure that Jamie is forgetting with time.  Jamie’s thrill in what are horrifying circumstances often distances us adults from him.  Still, one feels for him at the end of the novel, when one realizes that Jaime can never return to the innocence of childhood.

If you are familiar with Ballard’s speculative work, and you are expecting something similar from Empire of the Sun, you will be surprised.  This work is a novel that deals with reality, a reality so terrible for adults, let alone a boy, that you’ll not wonder why Ballard became that “strange science fiction guy who wrote Crash.”  Even if you’ve seen the movie, you might find it hard to deal with some of the scenes of people barely holding onto their humanity because of the onslaught of torture and famine.  However, such things should move you emotionally; it shows that you’re human.  Moreover, you grow to appreciate people, such as Ballard as well as those not as famous, who were able overcome their past trials and become productive in the aftermath of war. 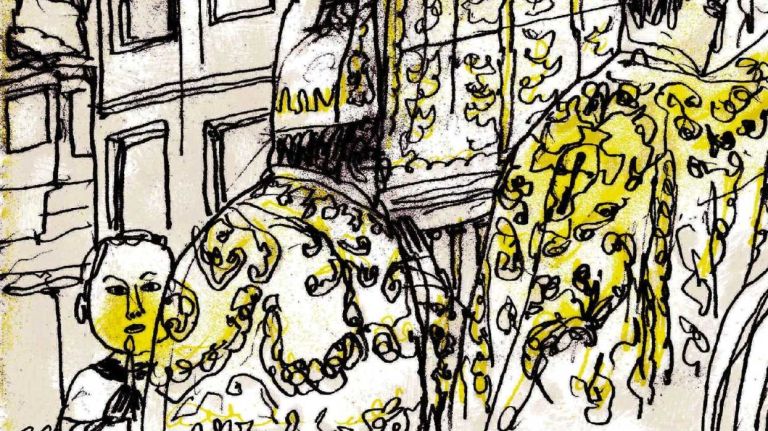 The Alteration (1976) by Kingsley Amis